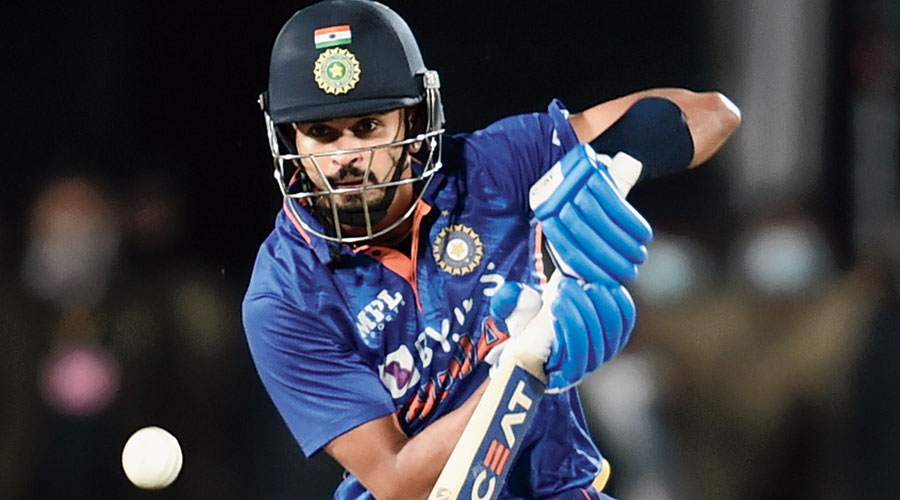 The fifth and final T20I in Lauderhill, Florida, on Sunday was of academic interest as India had already sealed the series. They had one more opportunity, though, to test some of their reserves and give a chance to one or two of their struggling players ahead of the Asia Cup, which begins on August 27.

Shreyas Iyer, returning to the XI in place of Suryakumar Yadav (rested along with regular captain Rohit Sharma, Rishabh Pant and Bhuvneshwar Kumar), delivered with a solid 40-ball 64 while Kuldeep Yadav (3/12) starred with the ball in his comeback game. Result: India hammered the West Indies by 88 runs to win the series 4-1.

Alongside Kuldeep, leg-spinner Ravi Bishnoi (4/16) and left-armer Axar Patel (3/15) also bamboozled the below-par Windies, who were bundled out for 100 in reply to the Hardik Pandya-led India’s 188 for 7.

Shreyas was the obvious star of India’s innings as he ensured to capitalise on the opportunity after being sent into open. The 27-year-old, criticised for his struggle against the short-pitched stuff, made sure he played the right shots and avoided unforced errors to a fair extent after India won the toss and opted to bat.

Agreed, the Windies bowlers lacked in terms of consistency. Yet, Shreyas deserves some accolades as he got those runs on a used pitch.