The victory against England also helps Ireland open their account in the World Cup ODI Super League, as they are now on 10 points 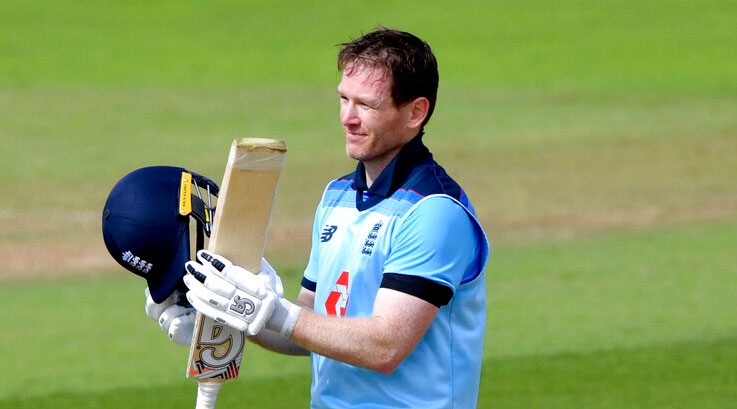 Eoin Morgan celebrates reaching his century against Ireland during the third One Day International, ODI, cricket match at the Ageas Bowl in Southampton, England on Tuesday
AP
Reuters   |   Southampton   |   Published 06.08.20, 02:48 AM

England captain Eoin Morgan considers Paul Stirling to be as dangerous an opener as there is in cricket after the latter smashed 142 off 128 balls to help Ireland to a remarkable upset of the world champions in the third and final ODI on Tuesday.

The victory also helped Ireland open their account in the World Cup ODI Super League, as they are now on 10 points.

Ireland-born Morgan scored a century of his own as England set the visitors an imposing victory target of 329 at the Rose Bowl, but he sat out the second innings because of a minor groin injury.

“Paul Stirling had a day out and he has the ability to do that. He’s as dangerous an opening batsman as there is around the world,” Morgan said of Stirling.