Dravid will do remarkable job as India coach, says Ganguly

'He is as intense, as meticulous and as professional as he was during his playing days' 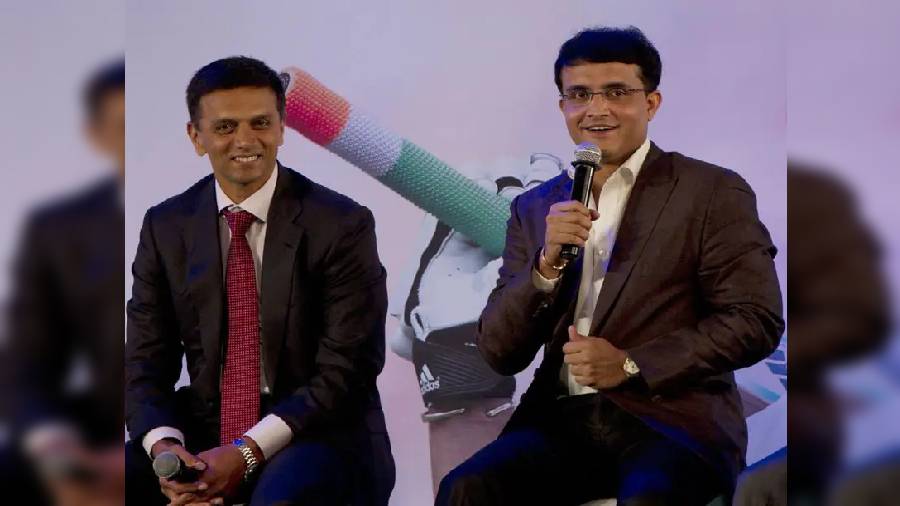 BCCI president Sourav Ganguly believes his former teammate Rahul Dravid has all the attributes for becoming successful in his current role as the coach of the Indian cricket team.

Ganguly feels Dravid's "intense, meticulous and professional" attitude are just the ingredients a coach needs to be successful in the high-pressure India job.

"He (Dravid) is as intense, as meticulous and as professional as he was during his playing days," the former India captain said on the sidelines of a promotional event here on Saturday.

"The only difference is that now he does not have to bat at No. 3 for India which I feel was harder since he had to face the best bowlers of the world which he also did exceptionally well for a long period of time," he added.

"As a coach also he (Dravid) will do a remarkable job as he honest and he has the talent.

Being the BCCI chief, Ganguly was in instrumental in roping in Dravid as India coach, replacing Ravi Shastri after the T20 World Cup last year.

"He will make mistakes as everybody does but as long as you try doing the right things you will achieve success more than others," Ganguly said.

The BCCI top official, however, refused to compare Dravid with his predecessor Shastri.

"They are different people with different personalities. One is at you all the time which is his strength while the other will quietly do his job inspite of being one of the greatest of all time," Ganguly said.

"No two people will be successful the same way."