Darkest day of my life: Mithali Raj on tantrum charge 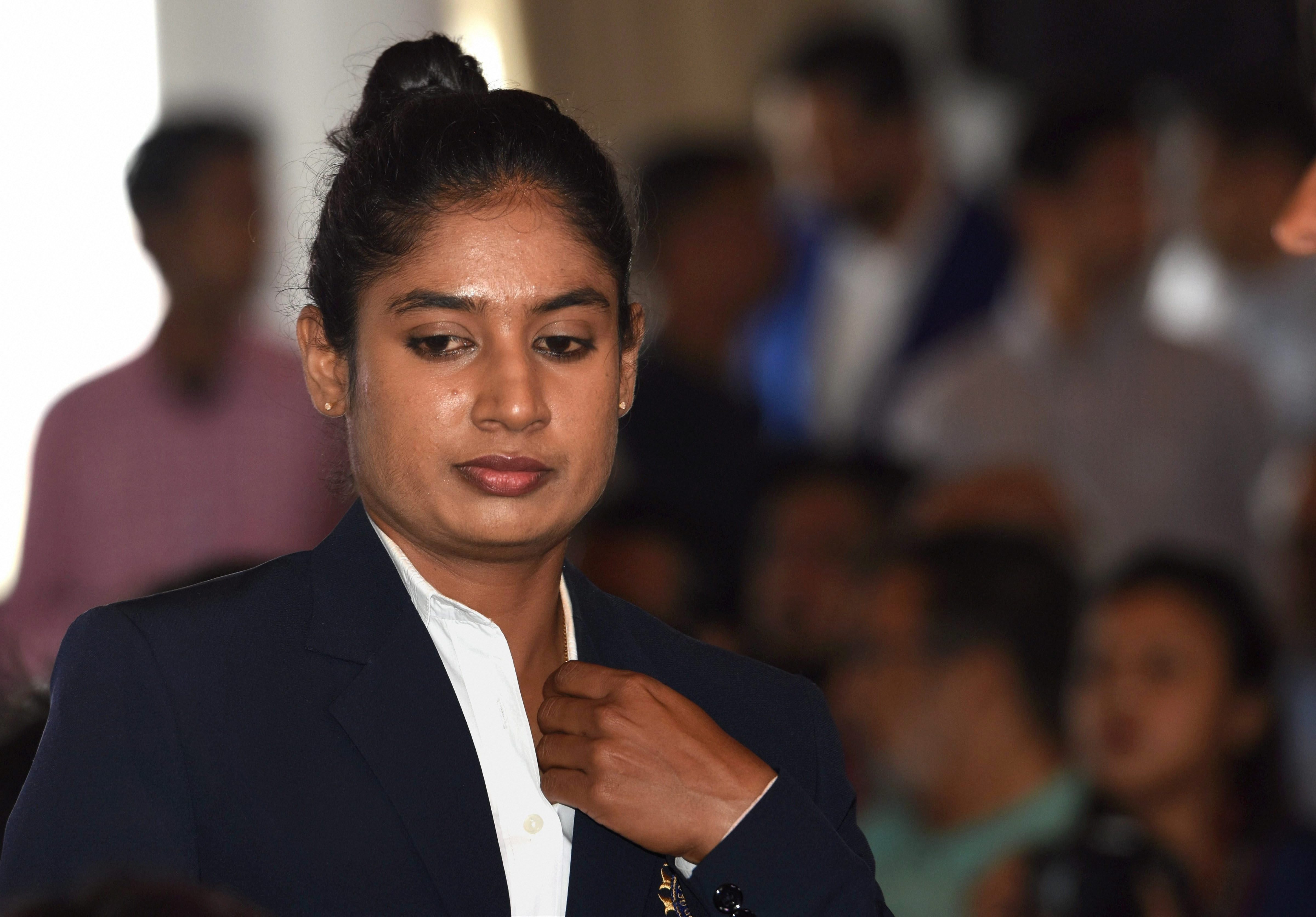 Senior Indian woman cricketer Mithali Raj has said she is 'deeply saddened' by coach Ramesh Powar's allegations that she threatened retirement over a batting position and threw tantrums during the World T20.

The war of words, which started with Mithali alleging that Powar was out to destroy her, intensified on Wednesday when the coach, in his tour report, questioned her conduct during the tournament in the West Indies.

India were knocked out following a semifinal loss to England, a match from which Mithali was controversially dropped despite being fit.

Mithali reacted to Powar's report by posting a brief statement on her official Twitter page on Thursday.

'I'm deeply saddened & hurt by the aspersions cast on me. My commitment to the game & 20yrs of playing for my country,' she wrote.

I'm deeply saddened & hurt by the aspersions cast on me. My commitment to the game & 20yrs of playing for my country.The hard work, sweat, in vain.
Today, my patriotism doubted, my skill set questioned & all the mud slinging- it's the darkest day of my life. May god give strength

The acrimony between the senior player and the coach has shaken Indian women's cricket, which gained significant traction after the team finished runners-up in the ODI World Cup last year.

It started with Mithali accusing Powar and Committee of Administrators' member Diana Edulji of bias. She claimed that while Diana used her position against her, Powar humiliated her with his indifference in the West Indies.

Powar, after declining comment initially, submitted a 10-page tour report to the BCCI in which he detailed his version of the events that led to the breakdown.

In the nearly five-page assessment of Mithali, Powar stated that the senior player threatened to leave the tournament midway when she was dropped from the opening slot despite being duly consulted before the move.

He also accused her of chasing personal milestones while ignoring the team's cause.

'I was saddened by her attitude and it gave me an impression that Mithali Raj comes first and then India. She threw a lot of tantrums and created a lot of chaos,' Powar stated in his report.

'I hope Mithali stops blackmailing, pressurising coaches and putting her interest first than the team,' he said while summarising the 35-year-old batter's performance on the tour.

The 40-year-old Powar's interim tenure comes to an end on Friday.

Even though he will be free to apply for the post when fresh applications are invited, there is little chance that he will be retained owing to the ongoing controversy.

Dropping Mithali Raj was in the team’s interest: Harmanpreet Kaur