Individually, ruthlessness has been the 24-year-old’s biggest lesson from the coach 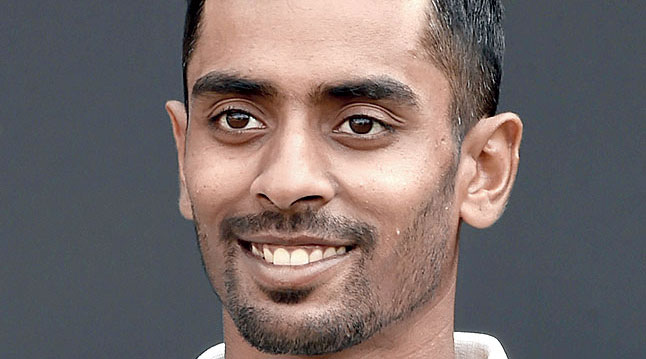 The positive environment that Arun Lal has created in the dressing room and the positive energy he brings along matter much more than standard operating procedures (SOP), feels Abhimanyu Easwaran.

Most likely to be retained as captain after Bengal made the Ranji Trophy final last season, Abhimanyu, 24, seems satisfied with the Cricket Association of Bengal’s stance on the BCCI SOP to state associations, where one of the guidelines “discourages” individuals aged above 60 to be part of teams’ support staff.

The CAB has lent its support to Lal in view of the SOP, categorically mentioning that “no decision pertaining to change of support staff is being considered at the moment”.

“It’s of course up to the association to take a call. But I’m quite pleased with the stance it has taken. We do know how dangerous this virus is. But we’ve also seen people aged between 30 and 40 being among the worst sufferers, not just 60-year-olds and above.

“Besides, Arun Sir is still very fit. On top of that, he is an inspiration to all of us. He has brought about positive energy in the dressing room.

“We certainly would want him to continue as head coach, ” Abhimanyu told The Telegraph from Dehra Dun on Tuesday.

He also acknowledged the significant role Lal played in Bengal’s remarkable turnaround in the Ranji Trophy after a poor start to the season, coupled with off-field issues.

“Arun Sir’s positive energy played a big part in us making the final. After a poor show in the white-ball format, we came back really well in the Ranji Trophy despite all obstacles. The positive energy which he brought to the table was there throughout the season,” Abhimanyu recalled.

Individually, ruthlessness has been the 24-year-old’s biggest lesson from Lal. “He always says, ‘If you’ve got to 179, try to get 180 because that’s better than the score you were at. Keep adding that one more run. Just keep ticking.’”