Advertisement
Home / Sports / Cricket / At 60 per cent, but Wriddhiman Saha is content

Ouster from the Test squad after the SA tour, followed by an off-the-field harassment episode, the 37-year-old has had to deal with them all 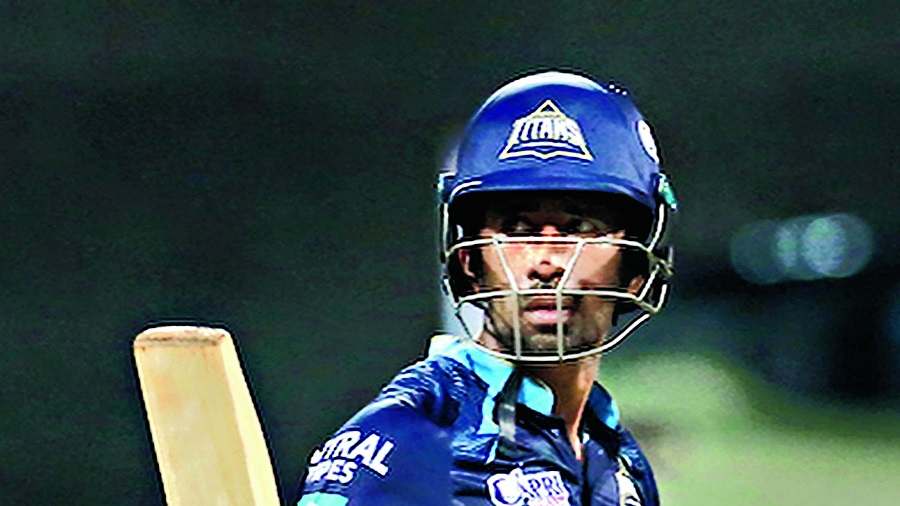 Wriddhiman Saha has nothing to prove to anyone. And that’s what he seems to be keeping in mind, focusing purely on performing for Gujarat Titans in the ongoing IPL, which arguably is the most challenging one so far in his career.

Ouster from the Team India Test squad after the South Africa tour, followed by an off-the-field harassment episode, the 37-year-old wicketkeeper-batsman has had to deal with them all before joining the Titans camp.

Besides, no one from the Cricket Association of Bengal has spoken to him till date on whether he wishes to be available in the knockout phase of the Ranji Trophy. Also, in this IPL, Saha struggled initially in his first two games after replacing Australian Matthew Wade behind the stumps as well as upfront in the Titans’ batting order.

However, just as his detractors were about to write him off from the IPL as well, Saha scripted a 38-ball 68 versus Sunrisers Hyderabad at the Wankhede in Mumbai that proved he wasn’t done in yet.

“It’s not about answering anyone. I just played for my team’s cause as we had to chase down almost 200 (196) in that game,” Saha told select media on Wednesday, talking about whether that April 27 innings had helped him make a statement.

“I could contribute to a solid start which my team needed then. That’s what matters ultimately. I don’t play to show or prove anything to anyone.

“Not sure if that knock is a turnaround or so, but yes, it has been a boost to my intensity, which I did feel in the matches thereafter,” he emphasised.

Saha’s scores of 29 and 21 versus Royal Challengers Bangalore and Punjab Kings, thereafter, did underline that he appears to be in a better frame of mind at present.

“Don’t know why some people say I’m not a shorter-format player. But on my part, I’ve always liked to play shorter formats since my early years,” he stated.

“I may not be having the physique of Mahendra Singh Dhoni, Andre Russell or Chris Gayle. But the potential I have, I can make use of the Powerplay with my fearless attitude. And I’ve done that.”

By his own admission, Saha has played at “50-60 per cent” of his potential so far in this IPL. But he also upheld the better team environment in the Titans camp, which has aided him in terms of playing with a “clear mind”.

“Looking at the practice sessions here and how we are playing in the matches, such a free team environment may be possible in just one or two other franchises,” Saha pointed out.

“I had a similar kind of experience in Chennai Super Kings. The vibes I used to get there are quite similar to how they are here.

“We can also discuss off-field problems amongst ourselves as each and everyone is approachable, which is not the case with other teams,” he added.