Advertisement
Home / Sports / Cricket / All too easy for England

All too easy for England

Asked to bat first, England, led by Malan and Harry Brook (46 not out)’s unbroken 108-run partnership for the fourth wicket, posted a formidable total of 209 for 3 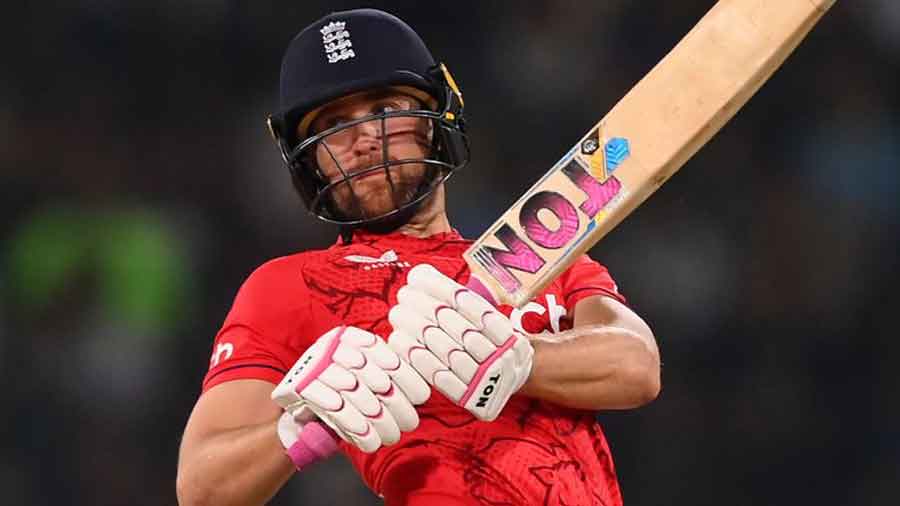 Dawid Malan (78 not out) and Chris Woakes (3/26) played big roles as England thrashed Pakistan by 67 runs in the seventh and final T20I at the Gaddafi Stadium in Lahore on Sunday to win the series 4-3.

Asked to bat first, England, led by Malan and Harry Brook (46 not out)’s unbroken 108-run partnership for the fourth wicket, posted a formidable total of 209 for 3. In reply, all that Pakistan could manage was 142 for 8, with any of their batsmen unable to put the pressure back in the English camp.

In the absence of regular white-ball captain Jos Buttler, Jonny Bairstow and ace all-rounder Ben Stokes, this series win should be go on to strengthen England’s mindset in the lead-up to the T20 World Cup that begins in less than a fortnight.

Besides, Malan was able to find form at the right time, hitting eight fours and three maximums in his 47-ball knock. Brook’s cameo, too, bodes well for England. For Pakistan, after a disappointing show from their bowlers, the going became harder after Woakes picked up the key wicket of their captain Babar Azam and Reece Topley cleaned up Mohammad Rizwan within the first two overs of the hosts’ run chase. Barring Shan Masood’s 56, there’s nothing to write home about Pakistan’s reply as they were never really in the game after being reduced to 5 for 2 in the second over.