KKR pacer is looking to be consistent this season 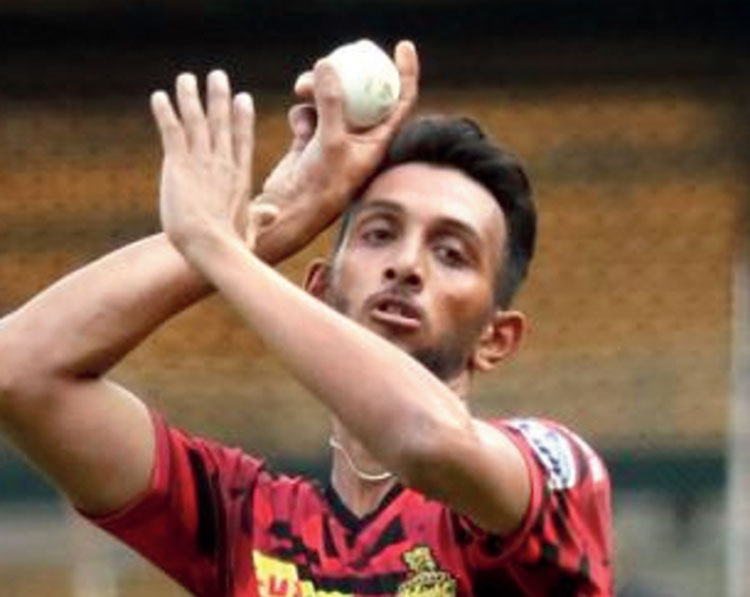 Young Kolkata Knight Riders (KKR) pacer Prasidh Krishna is looking to be consistent this season, an aspect he feels is the biggest attribute a bowler can add to his arsenal.

Krishna did not get too many games last year but has been in the scheme of things this season, playing in all the three matches so far.

“Consistency is the best weapon. That’s one thing that I have worked on. Apart from that, I do work on the variations,” Krishna told reporters in Bangalore.

“I would want to get more speed, because that is something not everyone can do. I want to do it consistently,” the 23-year old local boy said.

After going for 33 runs in his four overs, Krishna was picked by KKR captain Dinesh Karthik to bowl the decisive Super Over against Delhi Capitals on Sunday after KKR clawed back into the match from what looked like an impossible position.

He restricted Delhi Capitals to 10 runs in the Super Over, taking the wicket of Shreyas Iyer in the process. However, Rabada gave away only seven runs while defending the score and took the wicket of the dangerous Andre Russell.

Speaking about the faith shown on him to bowl the Super Over, Krishna said: “Initially I was very happy as the team trusted me to do the job. I thought the result depended on that one over so I was happy to take the responsibility. We ended up on the losing side but we still have a lot of positives to take.

“DK (Dinesh Karthik) has always trusted me. I have bowled death overs last year as well. It feels nice as a youngster when the team management supports you.”

Bowling to Russell in the nets helps Krishna get a lot of confidence as he knows he is bowling to the best T20 batsman in the world, he said.

“It is the ideal preparation as when you are bowling against him (Russell), it does a world of good to your confidence. When you go back to one of the matches, you know you have done so well with Russell,” Krishna said.

“Russell has been like that even in the practice games, when he was hitting it really far.”