The come-from-behind victories over Rajasthan and Punjab gives us extra confidence: Anustup 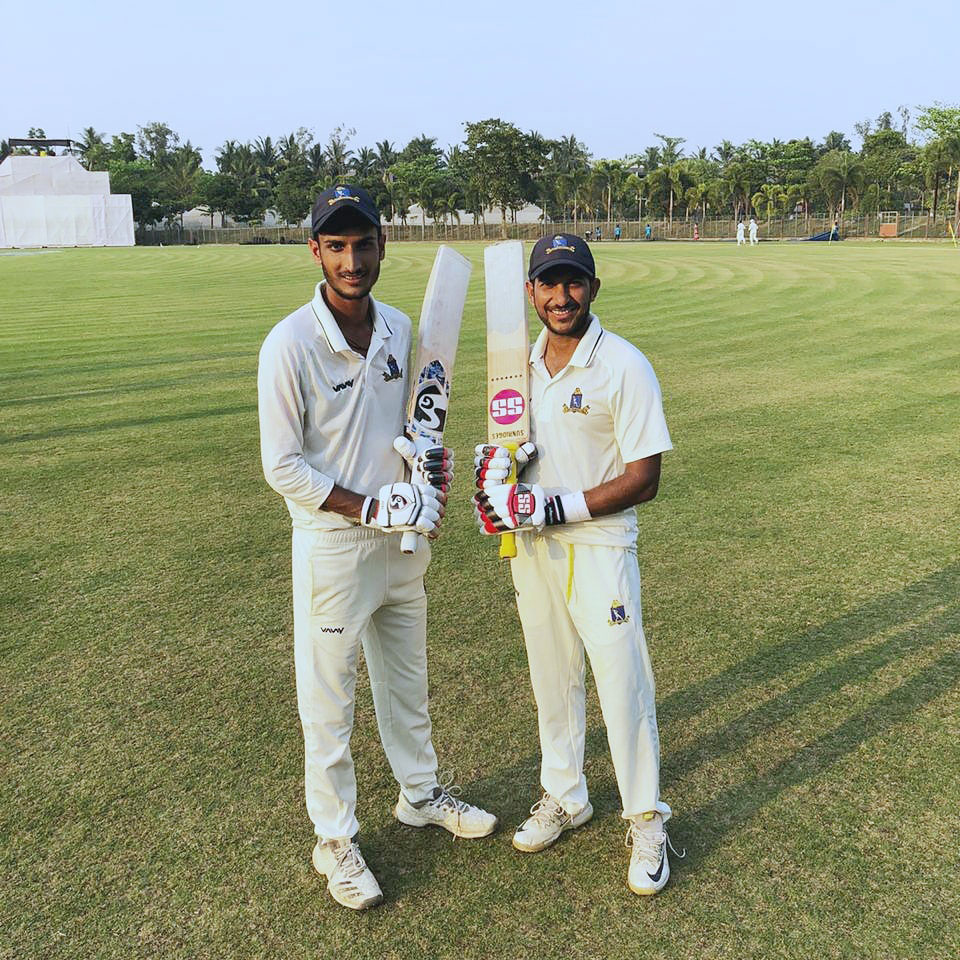 Anustup Majumdar and Shahbaz Ahmed, who pulled Bengal back into the game in the quarter-finals of Ranji Trophy
(Picture: Twitter/ @CabCricket)
TT Bureau   |   Calcutta   |   Published 24.02.20, 08:03 PM

Bengal confirmed their Ranji Trophy semi-final spot by virtue of a first innings lead over Odisha after only one session was possible on the final day of this quarter-final match that was interrupted by bad light, at the DRIEMS ground at Tangi.

Resuming their second essay on 361/7, Bengal lost their remaining three wickets for just 12 more runs to set Odisha an improbable target of 456. In reply, Odisha were 39 for no loss after 10 overs when bad light stopped play.

“The come-from-behind victories over Rajasthan and Punjab, and being reduced to 46/5 in this quarter-final game and yet finishing at the top, certainly give us extra confidence going into the semis.

“In each of these matches, we have performed under pressure without relying on any particular individual. So we are in a good space,” captain Abhimanyu Easwaran said.

“Among other things, Shahbaz (Ahmed) was outstanding and has been our find of the tournament,” the skipper added.

Off-spinner Krishnappa Gowtham snared seven wickets as Karnataka sealed their place in the semi-finals after thrashing Jammu and Kashmir by 167 runs on the final day of their Ranji Trophy quarter-final game here on Monday.

Resuming the day at 245/4, Karnataka added another 71 runs in their second innings, setting the hosts a target of 331.

Jammu and Kashmir were then bundled out for 163.

Chasing 331 to win, opener Shubham Khajuria (30), middle-order batsman Shubham Pundir (31) and tail-enders Aquib Nabi (26) and Umar Nazir (24) tried their bit for the home team, but none of them could stay longer to raise any hope of a successful chase.