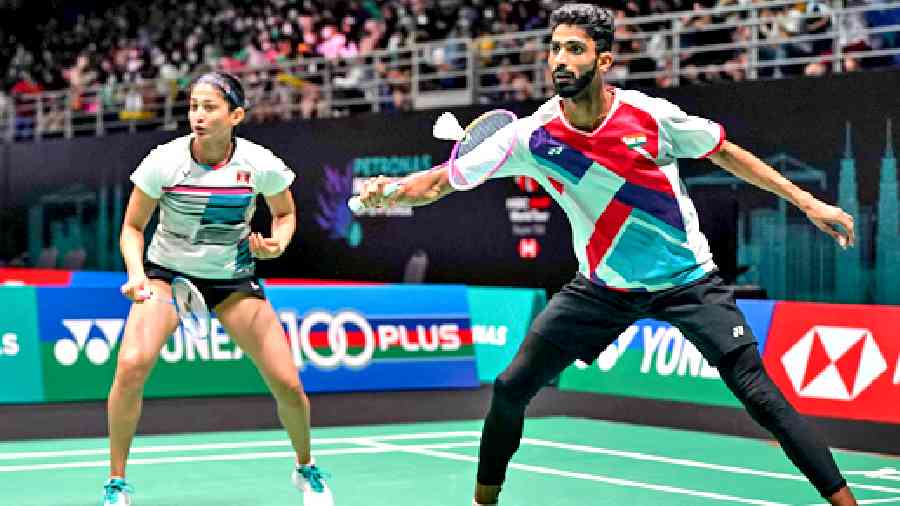 From battling fears of lower-body paralysis in his teens to making it to the Indian team for the Commonwealth Games, it’s been quite a journey for India’s doubles player B Sumeeth Reddy.

Many summers ago, Sumeeth, then a budding men’s singles player, sat on his bed, contemplating his life after being diagnosed with a spinal bone degeneration problem that left him bedridden for three weeks.

Doctors had asked him to quit badminton but all that he could think of were ways to get back on the court. Cut to 2022, Sumeeth, 30, has earned a place in India’s Commonwealth Games squad after topping the selection trials in mixed doubles with Ashwini Ponnappa.

“It was 2010-2011, I was a top-five India player in men’s singles. One day there was discomfort in my back and it turned out that there were air bubble gaps in the bones of my spinal cord. I was told to quit sports,” Sumeeth said.

“I consulted around 10 doctors but none could give me a solution. I was bedridden for around 20 days. Even to go to the washroom, I had to take support and there were fears of lower body paralysis but I was not ready to quit.

“Ultimately rehab, exercise and following a strict regime helped. I had to give up singles. But after three-four years, I felt I was getting better... “I am a badminton addict, nothing comes before it. I have never been supported by any NGO or foundation, I don’t have any equipment sponsor since 2018.

“I haven’t got my salary since last year from my employer,” said Sumeeth, who is employed with the Income Tax department in Telangana. Asked why he is not getting his remuneration, Sumeeth said he had submitted all documents asked of him before taking leave for participating in tournaments, but still confusion prevails.

After trying twice in Glasgow 2014 and Gold Coast 2018, Sumeeth proved to be third time lucky as he and Ashwini Ponnappa earned a ticket to the Birmingham Games. “I played with Ashwini in 2017. We had some commendable wins too but it was just six events. After that Tan (coach Tan Kim Her) wanted Ashwini to play with Satwik (Satwiksairaj Rankireddy)... “It was in September last year that I and Ashwini decided that we will start playing together and I am focussing on mixed doubles now.”