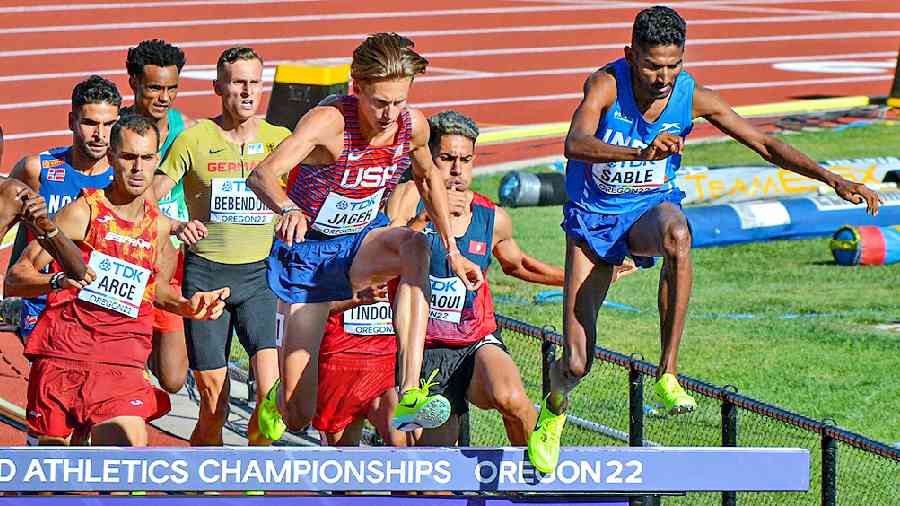 India’s Avinash Sable finished 11th in the final of the men’s 3000m steeplechase event with a disappointing show on the fourth day of competitions at the World Championships here.

The runners ran a tactical race with a medal in mind. Morocco’s Olympic champion Soufiane El Bakkali, who has a season-leading time of 7:58.28, won the gold, clocking 8:25.13, while Ethiopia’s Lamecha Girma (season’s best: 7:58.68), who won silver in both the Tokyo Games and the last World Championships, finished second in 8:26.01.

He had finished 13th in the last edition of the championships in Doha in 2019 with the then national record time of 8:21.37. The Indian Armyman from a village in Maharashtra’s Beed district was at the 14th spot at the 1km mark with a time of nearly 3 minutes (2:59.46) and remained there at the 2km mark with 5:53.72.

He moved up to 12th in the last lap and to 11th in the final 100m stretch. Sable, who has earlier served at the Siachen Glaciers before taking to athletics, has been on a national record-breaking spree in recent times.

His latest best was 8:12.48 when he finished fifth at the prestigious Diamond League meet in Rabat last month. On Sunday, India’s Murali Sreeshankar finished seventh in a 12-athlete field in men’s long jump.

His best effort was a 7.96m jump which came in his first attempt. Anju Bobby George was the first Indian long jumper to make it to the finals at World Championships. She went on to win a bronze back in 2003 in Paris.

Olympic champion Neeraj Chopra will be seen in action on Friday, when the qualifying rounds of the javelin event take place. Neeraj is eyeing a podium finish here.