Advertisement
Home / Sports / Top cop with a passion for sports

Top cop with a passion for sports 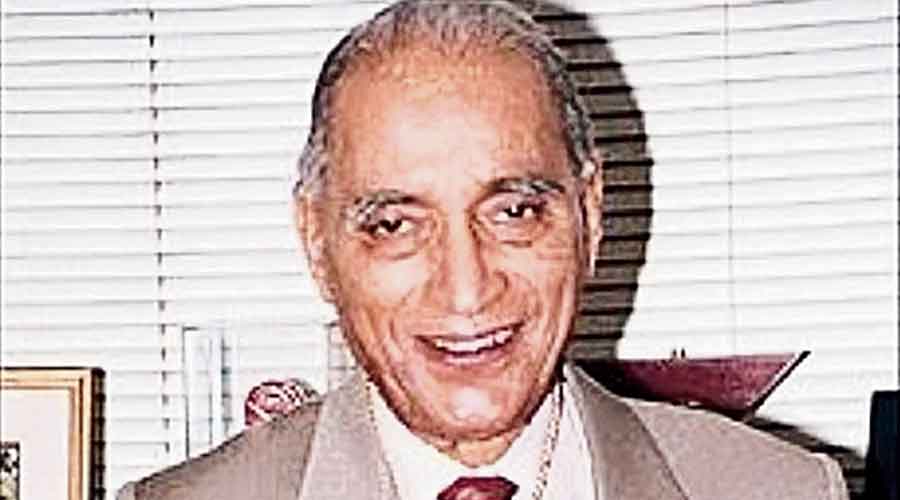 The 100th birth anniversary of Ashwini Kumar, one of India’s greatest sports administrators, falls on Monday. Kumar was also an outstanding police officer, writer and author and a great connoisseur of music. Kumar passed away in New Delhi on October 19, 2015.

Ashwini Kumar was born in Jalandhar on December 28, 1920, to a distinguished physician of pre-partition Lahore, Dr Vishwa Nath. He was the fifth of nine children (five brothers and four sisters). Ashwini Kumar did his master’s degree in history from the Government College, Lahore, where he was also the assistant editor of the college magazine Ravi. In his youth, Ashwini Kumar was a crack boxer, a fine hockey player, a good rower and a national-level athlete.

Kumar’s police career began in 1942 when he joined the Imperial Police at the age of 22. This was the precursor of the present day Indian Police Service (IPS). In those days, only one Indian was selected for the IP in a year. All the other officers were British. The IP exam was conducted by the Federal Public Service Commission.

During his tenure in the police, Kumar cracked some of the toughest cases in Indian police history like liquidating the notorious Bhupat gang in Saurashtra, where he had been hand-picked and sent from Punjab in 1951, and of course, apprehending the killers of Pratap Singh Kairon, a former chief minister of Punjab, after a dramatic chase to Nepal in the mid-1960s. After being DIG in the Punjab Police, Kumar’s last posting was that of director-general, BSF, from October 1, 1974, till December 31, 1978, when he retired. The BSF officers’ mess in Nizamuddin, New Delhi, is named after him.

Kumar had a glorious career of 36 years in the police during which he successfully tackled difficult and hazardous law and order problems, both inter-state and on our country’s borders. He also contributed articles on crime and terrorism.

His skills and expertise were also utilised by the IOC. Kumar supervised the security of six Olympics from 1980 (in Moscow). For his work as security delegate to the 1992 Barcelona Olympics, Kumar was awarded the Royal Spanish Medal — one of the highest civilian decorations in Spain — by the King of Spain. In 2000, he was adjudged ‘Policeman of the Millennium’ in Sydney for his work relating to Olympic security.

Ashwini Kumar was very good at and extremely fond of Urdu poetry and music in general. He was the president of the very well-known Harballabh Music Festival of India, which is annually held in Jalandhar. Old and new masters religiously participated in it. Kumar had even written a book on Indian Classical Music – Casual Symphony.

Ashwini Kumar was also secretary-general of the Indian Olympic Association for two terms: 1956-60 and 1970-74. He was finally made life president of the Indian Olympic Association. It was after becoming a part of the International Olympic Committee in 1973 that Ashwini Kumar not only contributed to the cause of the Olympic movement but also helped the organisation to succeed in difficult situations. Ashwini Kumar was a member of the executive board of the IOC in 1980-87 and 1992-96 and vice-president of the IOC in 1983-87 (the first from India and the first from Asia, Africa or Latin America to achieve this distinction). In 1994, Kumar won the prestigious IOC Centenary Award in recognition of his services to sports. After 27 years of dedicated and valuable service to the IOC, Ashwini Kumar was made an honorary member in 2000. He received the Olympic Order of Merit in 2002 at the IOC’s 104th congress in Mexico City. He also served as a member of many IOC committees/commissions.

Ashwini Kumar, who was also honoured by other countries for his work relating to the Olympic Movement, has had the distinction of witnessing and being part of all Summer Olympics from 1948 London till 2012 London – 17 in all. He was also regularly invited to the Winter Olympics.

Ashwini Kumar and his wife Renu, the niece of G.D. Sondhi — the first IOC member from India had two daughters — Rohini, nicknamed Hockey (due to Kumar’s passion for the sport), and Yamini, who are both happily married.