The government has allocated Rs 2826.92 crore to the sports budget for the next financial year 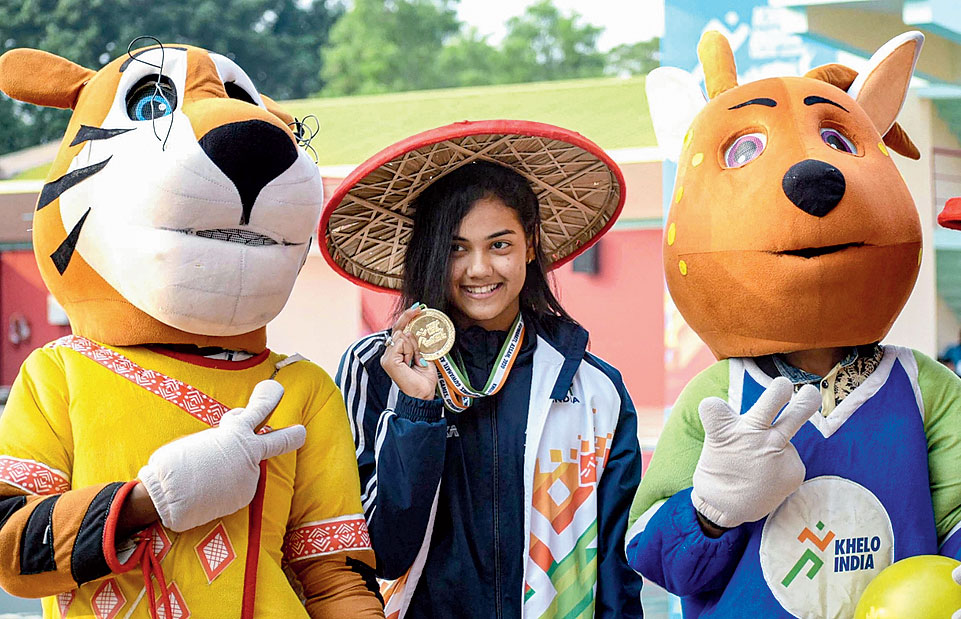 “We seem to have shot ourselves in the foot.”

That’s how Raninder Singh, the National Rifle Association of India president, described the budgetary allocation for the ministry of youth affairs and sports in an Olympic year.

Sports secretary Radhey Shyam Julaniya, however, believes some national sports federations have “prejudices” which is why they are crying themselves hoarse over the allocation.

In the build-up to the Tokyo Olympics, the overall budget for the ministry of youth affairs and sports announced by finance minister Nirmala Sitharaman on February 1 has touched off a debate on whether propping up a flagship scheme like Khelo India will help sports in India.

The government has allocated Rs 2826.92 crore to the sports budget for the next financial year. It’s an increase of a mere Rs 50 crore over the revised estimates of 2019-20.

The heartburn stems from Sitharaman’s decision to raise the budget for the government’s flagship Khelo India programme by Rs 312.42 crore. A sum of Rs 890.42 crore has been allocated for Khelo India as compared with the revised estimate of Rs 578 crore in 2019-20, an increase of over 54 per cent.

As a result, the allocation to other heads under the sports budget has risen by a piffle.

For example, the assistance being extended to the national sports federations has been slashed by over Rs 55 crore, to Rs 245 crore from Rs 300.85 crore in the revised estimates of 2019-20.

Even the Sports Authority of India (SAI) will have to settle for lesser funds. The allocation to SAI has been pruned to Rs 500 crore in 2020-21 from the revised estimate of Rs 615 crore in the previous year.

“Khelo India is a platform for the government and SAI to identify talent, which is a long-term process. It must be understood that neither for the CWG, nor the Asian Games, nor Olympic Games is Khelo India remotely relevant. Preparing for events is the sole domain of the national sports federations. By proposing a reduced budget for the federations, we seem to be shooting ourselves in the foot,” Raninder Singh told The Telegraph from London.

Julaniya doesn’t agree. “Federations generally organise short-term camps. We think those camps mean nothing. Henceforth, all the camps will be held under the Khelo India programme. From a young age, an athlete will get all the support under Khelo India. Not all the federations are complaining. Only those with prejudices are saying that Olympic sports will suffer. I do not think the sports budget will make athletes suffer. Overall, if you see, it’s a good budget,” he said.

Hiranmoy Chatterjee, secretary of the All India Tennis Association, agreed that a mere increase of Rs 50 crore in an Olympic year could have been avoided. “This is the Olympic year. With prices skyrocketing, I am not sure how the federations would be able to handle everything. To prepare for an event like the Olympic Games or Asian Games, you have to participate in tournaments,” he said.

Chatterjee said Olympic preparations, however, would not be affected by the reduction of funds since the Annual Calendar for Tournament and Competitions (ACTC) for 2020 has been extended till September. “Since it’s the Olympic year, the ACTC for 2020 is till September. The problem will be post-September.”

“The true impact shall only become clear over the next few weeks when the dust settles and SAI as well as the ministry of youth affairs and sports invite the various federations to negotiate the annual ACTC requirements,” Raninder Singh said.

Heads of some other federations too voiced their concern but didn’t wish to go on record. “With prices shooting up (mainly those of equipment) and funds for federations reduced, we will have to now struggle to finance an athlete’s preparation. This decision will clearly hamper Olympic movement,” said a federation secretary, who spoke under cover of anonymity.

Sports lawyer Viduspath Singhania has a different worry. “What happens to the anti-doping programme? Ever since the World Anti doping agency suspended the accreditation of the National Dope Testing Laboratory, samples are being sent to Doha. That is quite expensive. With the budgetary allocation now being reduced overall, my worry is the number of dope tests would be even fewer,” he said.

Raninder believes that if the sports ministry does not renegotiate with Niti Aayog and the finance ministry and ask for an increased allocation, the government may lose control over the federations.

“To survive, the federations will look for their own resources and may not depend solely on the ACTC programme. It will be tough to mobilise funds as corporate India hardly supports any sport other than cricket. So, in the end who will suffer? It’s the athletes.”

Gagan Narang, the London Olympics bronze medallist in the 10 metre air rifle shooting category, thinks there are unnecessary apprehensions about the sports budget. “Olympic preparation and planning is done in advance. The Target Olympic Podium (TOP) Scheme is individually looking into the requirements of the athletes and support staff. There should be no shortage of funds for the participants going to the Olympics.”

“And if you ask me, sports in India is transforming in a way like never before with Khelo India,” he added.