Advertisement
Home / Sports / Choudhary asked to show cause by CoA

Choudhary asked to show cause by CoA

He has 7 days to respond to the show-cause notice 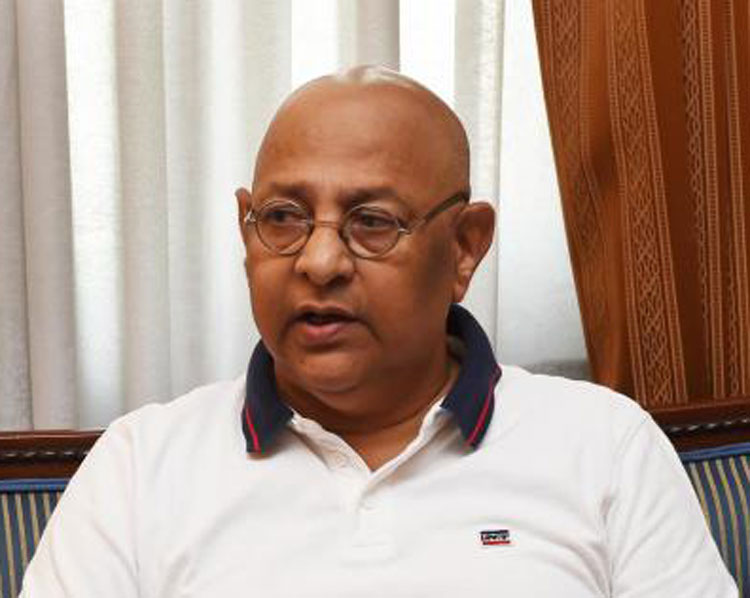 Amitabh Choudhary remains the BCCI’s representative at the ICC and ACC. In the show-cause notice, the former bureaucrat has been severely criticised for “humiliating” the Board and the CoA.
Telegraph picture
TT Bureau   |   Calcutta   |   Published 08.09.19, 07:54 PM

The Committee of Administrators (CoA) versus the BCCI office-bearers conflict took a fresh turn on Sunday when Amitabh Choudhary, the Board’s acting secretary, was showcaused by the Vinod Rai-led committee for not attending recent meetings of the International Cricket Council (ICC) and Asian Cricket Council (ACC).

Choudhary remains the BCCI’s representative at the ICC and ACC. In the show-cause notice, the former bureaucrat has been severely criticised for “humiliating” the Board and the CoA.

While the ICC Conference was held from July 14-20 in London, the ACC AGM was in Bangkok on September 3.

“It has now come to the notice of the Committee of Administrators that in the last meetings of the ICC and the ACC, not only did you not attend the meetings, but kept the BCCI in dark about your unavailability either until it was too late or altogether.

“Your aforesaid conduct left the BCCI unrepresented in the said meetings and exposed the organisation to considerable risk,” the CoA wrote in the show-cause notice.

The CoA has alleged that it learnt about Choudhary’s unavailability for the ICC Conference on July 12, 48 hours prior to the meeting, and so it was not possible for the Supreme Court-appointed committee “to appoint a replacement” in that short time.

Choudhary, however, has a different story to tell. When contacted by The Telegraph, he said: “I missed the ICC meeting on doctor’s advice as I was asked to avoid long flights. And as far as the ACC AGM is concerned, I couldn’t attend it because of Thailand’s strict visa rules on late change of flights, about which I had no clue or control over.”

Choudhary also added: “I had informed the BCCI about not attending the ICC meeting but strangely, the show-cause notice doesn’t mention it.”

Choudhary has seven days to respond to the show-cause notice.