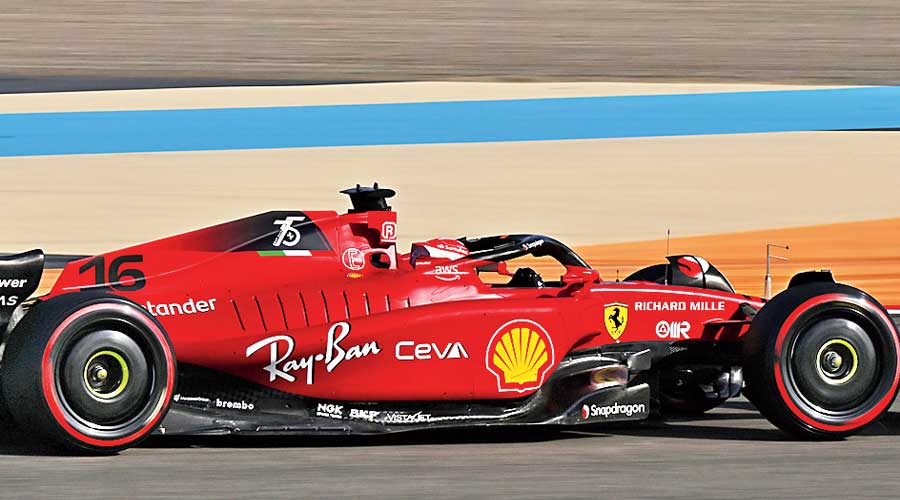 20 drivers, 10 teams, 22 races. The 2022 F1 season is set to begin today in Bahrain. The Telegraph takes a virtual ride on the fast track to find out what the season promises:

The new cars, marking one of the biggest technical changes in F1 history, sport a simplified yet striking look. They are designed to shift the aerodynamic focus from the wings to underneath the car, making it easier to follow the car in front, and thus improve close racing. Some rules have been tweaked too. What’s new in F1 this time? Check out:

Red Bull: Red Bull head into the 2022 season with their line-up of the reigning world champion Max Verstappen and Sergio Perez.

Ferrari: Ferrari continue with their 2021 driver line-up of Charles Leclerc & Carlos Sainz Jr. in the 2022 season.

Aston Martin: Four-time world champion Sebastian Vettel retains his seat with Aston Martin while Lance Stroll will continue to be his teammate for the season.

Alpine: The Renault-powered team will continue with its driver line-up of Fernando Alonso and Esteban Ocon.

Alfa Romeo: Alfa Romeo have opted for Valtteri Bottas and rookie Guanyu Zhou as their drivers for the 2022 season.

Williams: Williams have roped in Alex Albon for the 2022 season. Nicholas Latifi will be their other driver.

Haas: Kevin Magnussen becomes the latest addition to the F1 2022 grid. Magnussen will accompany Mick Schumacher for the 2022 season at Haas.