Realme: The Energizer Bunny of the Indian smartphone space 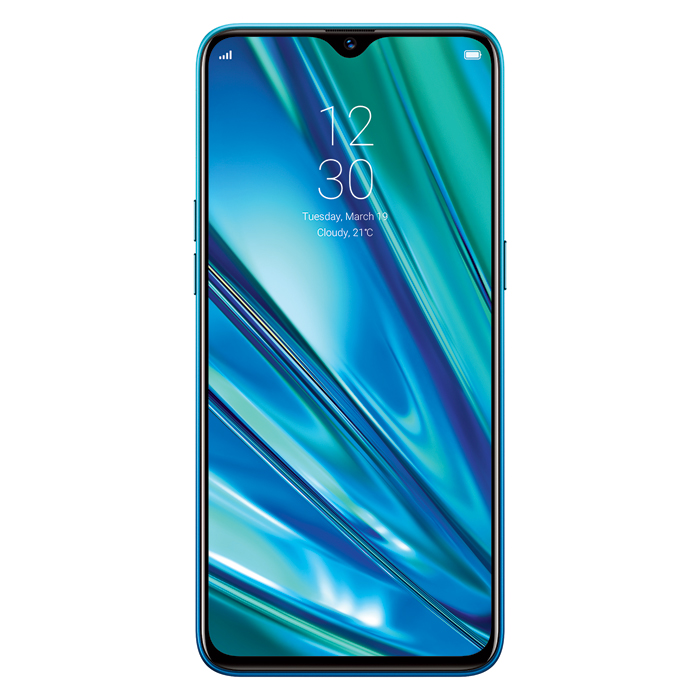 Realme is fast becoming the Energizer Bunny of the Indian smartphone space, delivering product after successful product in a short span of 15 months. Coming close on the heels of the 3 Pro is the 5 Pro, a mid-ranger that takes on the likes of the Redmi Note 7 Pro and the Samsung M-series and scores. One to strongly consider at this price point.

Realme is refining its design language with each generation, improving upon the geometric cut pattern on the rear to a point where it feels premium and different enough to separate it from the pack. The 6.3-inch full HD+ LCD with the waterdrop notch is bright and easy to use outdoors, and performance on the Qualcomm Snapdragon 712 chip was good, with no complaints on an everyday basis or during gaming sessions on the 8GB variant I tested. The four rear cameras are the main selling point of the

5 Pro, and while the 48MP Sony IMX586 sensor didn’t disappoint, the ultra-wide angle sees a drop in image quality and really only should be used when you need to fit more into the frame. The 2.1MP macro camera is a nice addition for folks who like to get really up close and personal with tiny objects, but most folks will soon forget this mode exists.

ColorOS UI on top of Android 9 is refined and feature rich, though some pre-loaded apps can’t be uninstalled or disabled. Top-end variant competes with the slicker Realme X. 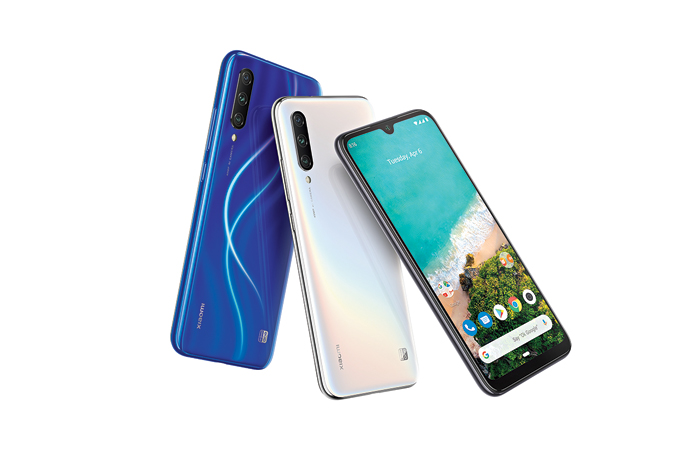 The Mi A-series of Android One smartphones have served as the perfect foil for its MIUI-sporting smartphones, with a clean Android experience and the promise of timely updates sans the notification spam one is increasingly seeing on Xiaomi phones these days. With the Mi A3, Xiaomi has certainly addressed the shortcomings of the previous iteration, but in doing so, takes the phone a step back in value for money.

Pick up the Mi A3, and you’ll immediately notice its refreshingly compact, ergonomic footprint (a rarity these days) and the discernably premium feel thanks to a stunning gradient-layered glass back. Interestingly, the headphone jack is back as is the option to expand storage (via microSD), both of which were axed in the A2! Despite its size, the A3 packs in a bigger, beefier 4,030mAh battery with support for fast 18W wired charging (optional extra). The camera department is ably handled by a triple-camera setup — a Sony IMX586 48MP sensor, an 8MP 118-degree wide-angle shooter and a 2MP depth sensor — which turns out excellent photos in daylight and tricky lighting, but it was slow to focus for macros and low-light shooting. Android One software means a bloatware-free experience with OS updates for two years and security updates for three. The stock Android also helps the phone stay snappy on the Snapdragon 665 chip, but you do get better hardware (Snapdragon 710/712 phones) at the same price, so you’ll really have to want the stock experience to pick this one.

The Mi A3’s Achilles Heel is its 6.08-inch Super AMOLED display, which, despite sporting a snappy in-screen fingerprint scanner, isn’t the sharpest panel out there with its HD+ resolution — a step back from its predecessors’ displays, not to mention the competition. Goes up against stiff competition and doesn’t pack the typical Xiaomi value punch to set itself apart. 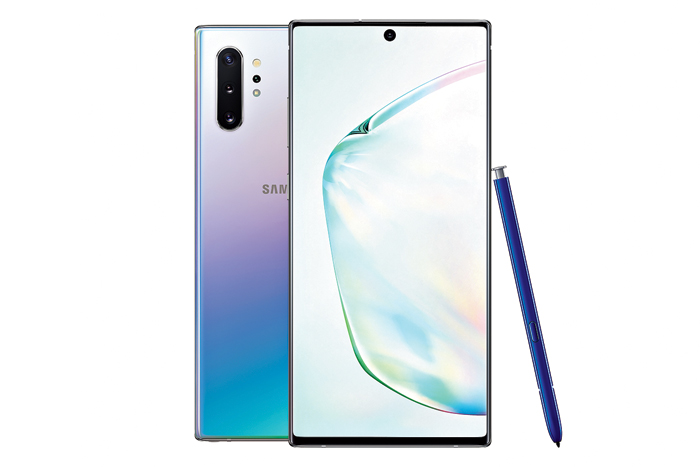 Samsung has traditionally gone all out each year with the Note series, and the Note 10+ is the embodiment of all things Note — a gorgeous best-in-class display, stunning curved Gorilla Glass 6 design, oodles of storage and memory, a bank of versatile cameras and all-new S Pen with some new tricks! It may be overkill for most, but if overkill is what you want from your phone, you can’t do better than this.

Samsung’s raised their already high design bar with the stunning piece of kit that the Note 10+ is, but that they managed to pack in a 6.8-inch display and a larger 4,300mAh battery into nearly the same footprint (yet lighter and slimmer) as the Note 9 is what’s more impressive. The screen demands superlatives, from its non-existent bezels and edge-to-edge display to the barely-there Infinity-O notch surrounded by a panel that is pin-sharp, bright and vibrant, all of which translate into an unparalleled multimedia and gaming experience. Under the hood is the new flagship Exynos 9825 chip, which, coupled with the 12GB of memory across all variants, is as snappy as they come, though specs nerds will note that peak performance falls short of Snapdragon 855 sporting devices. The S Pen gets a new set of Air Actions, which lets you use gestures with the stylus to perform actions like switching between camera modes, zooming in or out or switching between the front or rear cameras, but in all fairness, the novelty of these gestures faded quickly, and I much preferred using the S Pen for taking quick notes and screenshots, not to mention using the new handwriting-to-text recognition capabilities. The camera setup benefits from the versatility of the ultra-wide camera and takes excellent photos all round, but low-light photos stop a little short of the Huawei flagships. Love the Live Focus for videos, though!

For a phone with nearly everything, it’s odd Samsung decided to lose the headphone jack. Changed placement of power button may irk initially. That Aura Glow colour, with its rainbow-like prismatic effect, is gorgeous, but it may be too loud for some. The in-display ultrasonic fingerprint sensor works quickly but isn’t the snappiest sensor out there. You’ll need to spend extra to take advantage of the super-fast 45W charging. 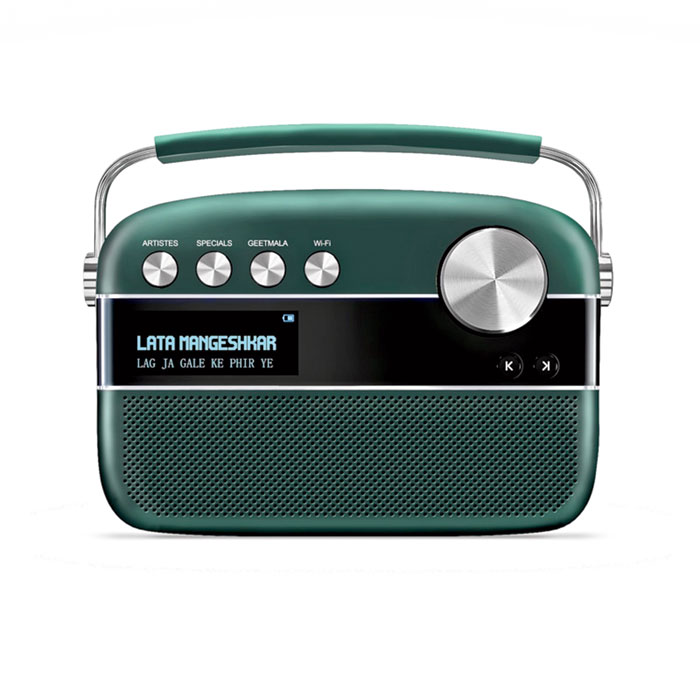 The Saregama Carvaan has seen unprecedented success with the older audience, thanks in large part to its library of 5,000 preloaded retro songs. With the Carvaan 2.0, the brand adds Wi-Fi connectivity to connect to 150 Internet-audio stations, which include music, talk shows, sports, health and wellness and content for the young and old.

As with the first generation Carvaan, the product’s focus on simplicity remains, with large dials and buttons that are easy to use even for the elders in the house, even if you don’t use the new Wi-Fi features and only restrict yourself to the preloaded tracks or music over FM/AM, USB or Bluetooth. A new button gives you access to Saregama-curated Internet-based content — setup is via a smartphone app — and the audio stations are refreshed daily by Saregama. So there’s always something new to tune into.

No auxiliary-in connection, so Bluetooth is the only way to connect to your phone. Battery life is middling, wavering between five and six hours of use.