Advertisement
Home / Science-tech / Gadgets to watch out for

Gadgets to watch out for

From Nokia to Fitbit, we bring you the latest in tech 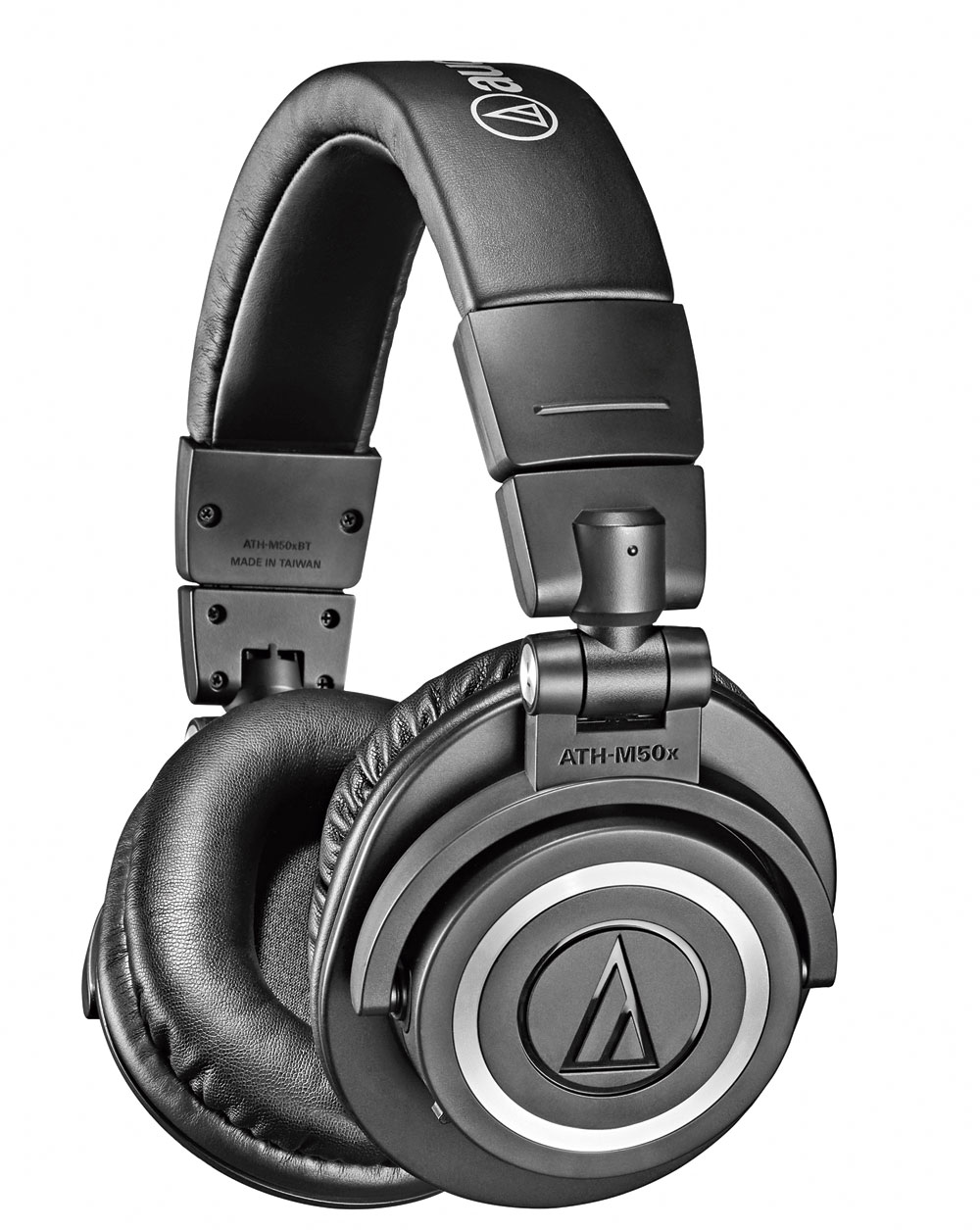 The Audio-Technica ATH-M50 series of headphones are held in high regard not just in the professional sphere but also by regular enthusiasts, thanks in large part to its clean sound and balanced audio characteristics. The M50xBT upgrades the previously wired-only experience to one that allows the flexibility of wireless listening and emerges as one of the best sounding wireless headphones you can buy today.

The design remains largely unchanged — you do get new controls and ports for wireless connectivity and charging — which means you have to love the classic looks of the original to like these…for most, it will look a tad clunky and dated. The thick padding on the headband and the ear cups ensures a comfortable fit and extended listening periods without headphone fatigue. Connect it via the included cable and you get the same listening experience (love that open, airy feel to the sound!) as the excellent M50x predecessor, but switch to Bluetooth and you get a Bluetooth 5 compatible headset with support for aptX, AAC and SBC standards. With the same audio signature and clean, detailed sound, the biggest accomplishment of this product is that it sounds as good connected over a wire as it does over wireless, a rare feat. Of course, it is best paired with a new phone with support for the aptX Bluetooth codec for audio transmission. Battery life is close to 35 hours on a single charge, which is stupendous.

Micro-USB for charging is a bummer — everyone really needs to get with the program and move to USB-C. 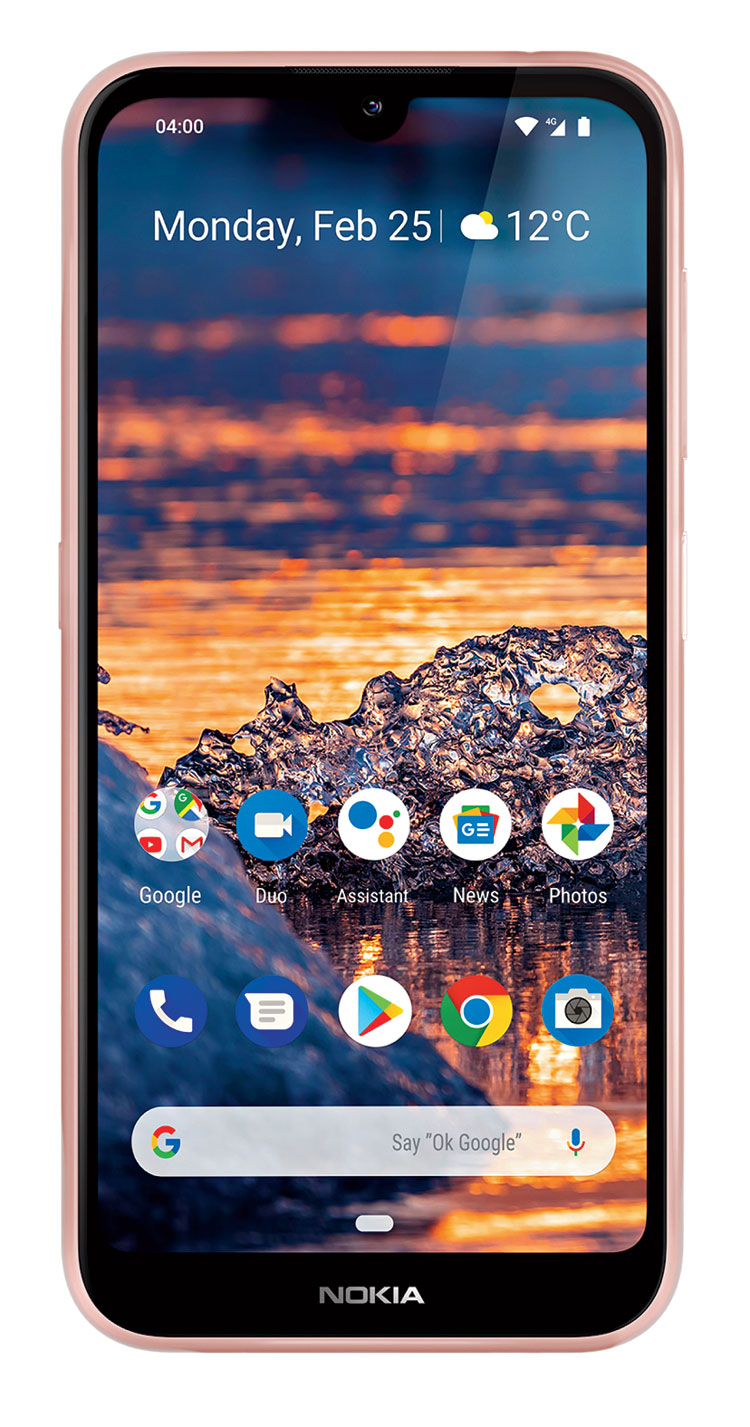 Nokia’s led a formidable charge back into the Indian market with products like the Nokia 7 Plus, but good build quality and a clean Android experience simply aren’t enough to stand up to the competition, particularly at its current asking price. Even for Nokia, which champions user experience over pure specs, the Nokia 4.2 is an underwhelming offering.

The Nokia 4.2 wows with its design, with premium elements like the curved glass on the front and back that were previously seen on more expensive offerings from the company making an appearance at this price point. This is without doubt a good-looking phone, and its 5.71-inch HD+ display form factor fits well in most hands and scores well on ergonomics. The dedicated Google Assistant button, a notification LED and a dual nano-SIM plus a dedicated SD slot are good choices, as is the bloat-free (and ad-free) Android Pie software. Photos shot with the 13-megapixel primary camera (with an f/2.2 aperture) in daylight were decent, but low-light shots took a bit of a hit.

The sole 3GB/32GB variant, a 720x1,520 pixels display, a 3,000mAh battery and the Qualcomm Snapdragon 439 processor are questionable choices at a price point which sees fierce competition from Xiaomi, Asus and Realme. The hardware feels sluggish out of the box and the display is sub-par on colours and viewing angles. 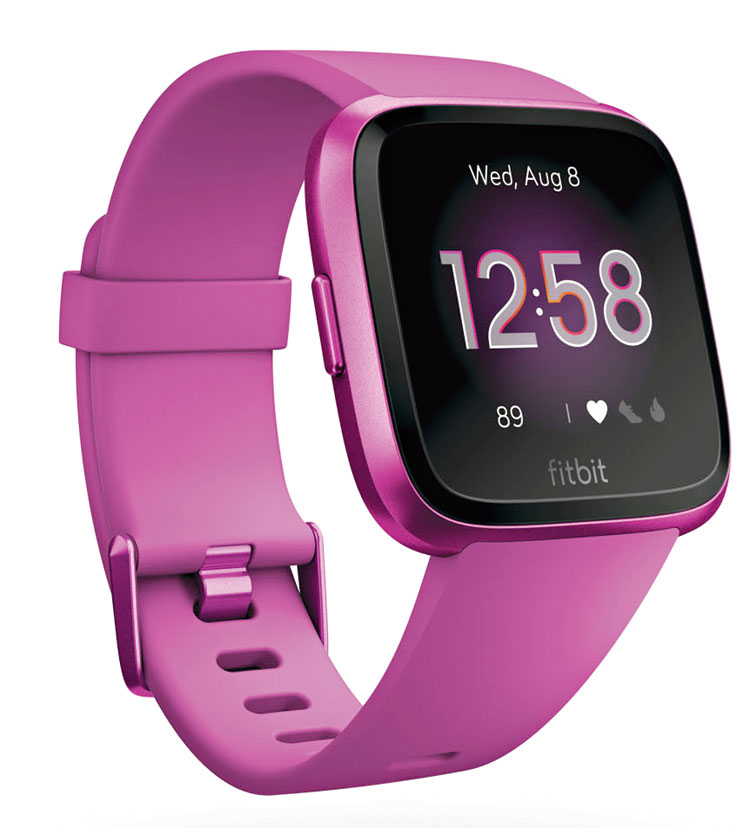 The Fitbit Versa had a lot going for it, but the price held it back and kept it out of reach for most. So now you have the Versa Lite, a toned-down variant that does a lot of what I liked in the Versa — waterproofing, a great screen, a fun design and most of Fitbit’s tracking — with very few tradeoffs.

It looks just like the Versa if you place them side-by-side, which means you have to love chunky bezels to like the design. Upside? It continues to be light and comfortable to keep on all day and night. The crisp 300x300 pixel LCD display is sharp and bright enough to use even while working out outdoors, and the Fitbit UI is easy for use even for folks new to the whole Fitbit or smartwatch ecosystem. Crucially on the fitness front, the Versa Lite comes loaded with an accurate heart-rate monitor which automatically tracks exercises and monitors your sleep patterns. It also handles swims up to 50m deep, offers female health tracking and offers third-party apps and watch faces just like its bigger sibling. Battery life with continuous activity and sleep tracking and phone alerts was four full days, which is pretty good. As always, Fitbit’s stellar app remains the secret sauce for why I continue to recommend the company’s products.

For the lower price, you miss out on the altimeter (for counting the floors you climb), swim lap tracking, on-screen workouts and the ability to store and play music that the Versa came with, which may be acceptable compromises for many, but the price really should have been a tad lower to truly justify the ‘Lite’ tag. No on-board GPS either. 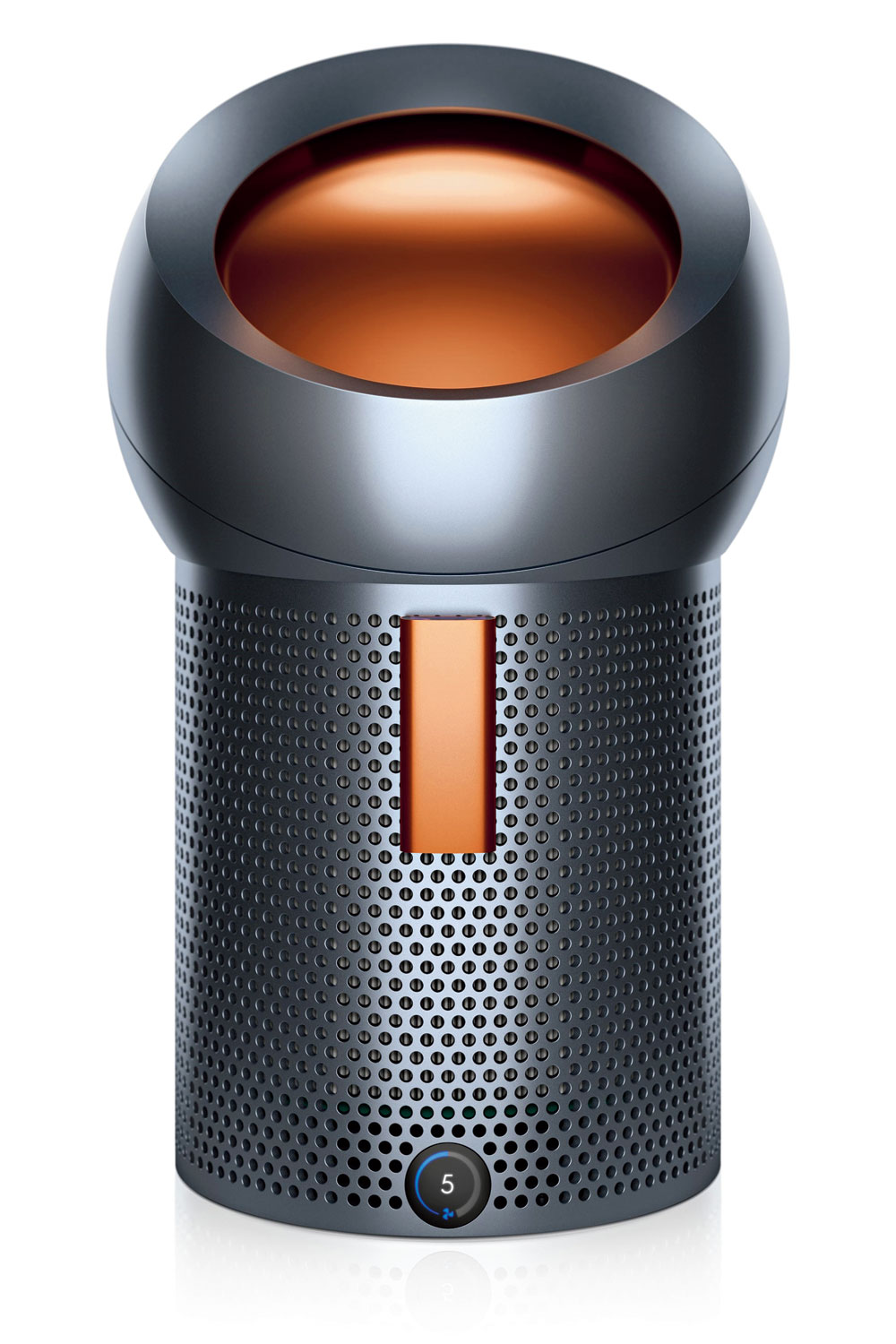 An air purifier for your “personal space”, the Pure Cool Me isn’t meant to sit in a corner and clean the air in an entire room. This is a product that’s meant to sit within an arm’s length, on your desk or bedside table, and direct filtered air directly at you. It lacks the detailed display and app control of its bigger siblings, but it does the job of purifying the air in a small space and, thanks to some clever engineering, is a great way to keep cool.

It’s small enough to fit in one corner of a work desk, and looks quite unlike any of Dyson’s previous air purifiers. Yet Dyson doesn’t compromise on the air purification process — the Pure Cool Me uses the same filtering tech used on the bigger air purifiers, including the HEPA filter that’s designed to trap odour/fumes and particles as small as 0.1 micron. To ensure sufficient air flow is directed at you even from its diminutive size, Dyson uses what it calls Core Flow technology to split two jets of air to create a high-pressure stream of air when they meet along the surface of the air purifier. A convenient slider mechanism allows you to accurately control the angle of the airflow. In use, the Pure Cool Me is extremely quiet while still offering a precise control of air direction.

Control is only via the included remote, but courtesy its positioning as a personal at-arms-reach product, Dyson has skipped on the app connectivity on the Pure Cool Me, an understandable but odd exclusion considering that this is still a product that is priced at a premium. There’s no auto mode either. 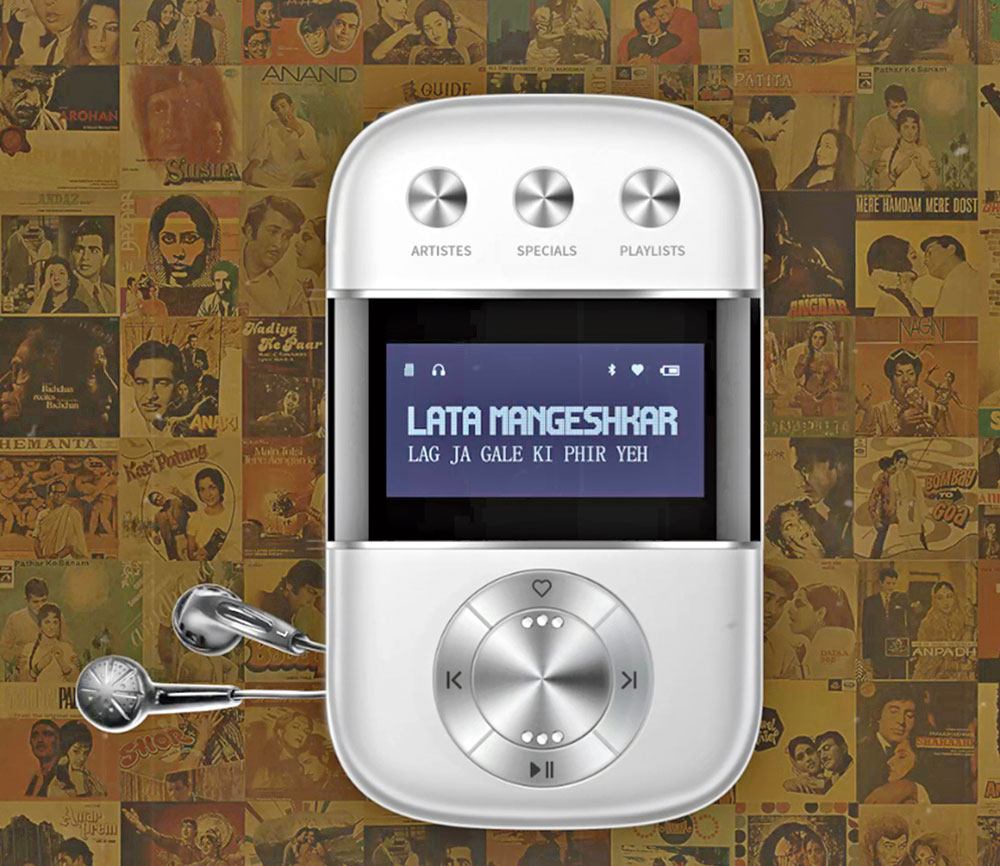 With the Carvaan series’ traditional transistor-like looks and preloaded music, Indian music label Saregama has struck a chord with lovers of Indian melodies from the past. The Carvaan Go now lets you carry 3,000 of these tunes (only Hindi, for now) around in your pocket and, much like the original, makes for a great gift for the family.

Like the MP3 players of yore, the Carvaan Go is about the size of the average palm, and while the dated looks are part of the appeal of the Carvaan family, the Go doesn’t scrimp on build quality with its full metal casing. The front packs in a bunch of intuitive physical controls and an LCD display to show you what radio station or preloaded track you’re listening to. Once you’ve listened to the preloaded music, which includes a number of popular tracks from R.D. Burman, Kishore Kumar, Mohammed Rafi and others, there’s the ability to add even more tracks via a microSD card slot, and custom playlists are managed via the Carvaan app Android/iOS by connecting to the phone over Bluetooth. Battery life is sufficient at seven hours of use, and the Go charges over micro-USB in a little under three hours.

The built-in 1W speaker is only suited for very quiet environments, so you’d best connect the Go to a Bluetooth/wired speaker or a pair of headphones. Buttons on the side are a little too small for comfort in use. 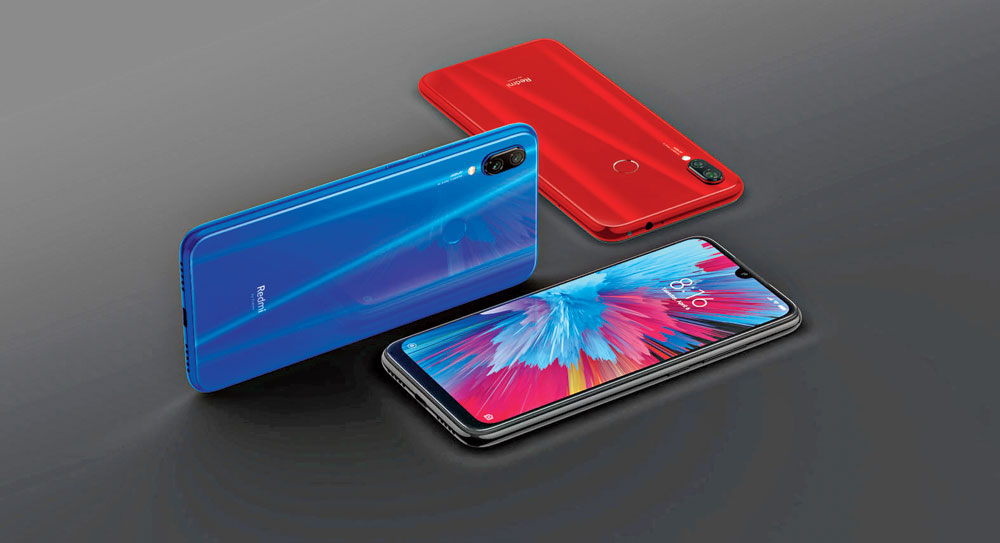 In true Xiaomi style, the Redmi Note 7 and its Pro variant managed to cause quite the stir in their respective segments a few months ago, but with 48MP cameras fast peppering the budget segment, the brand has bumped up the imaging prowess of the Note 7 by way of the Note 7S. It’s an incremental update at best, one that will appeal to folks looking to get more out of the camera department.

If you were eyeing a Redmi Note 7, the Note 7S takes the exact same formula — a Snapdragon 660, 3GB/32GB and 4GB/64GB configurations, a 6.3-inch full Full HD+ LCD display and a 4,000mAh battery all packed into a gorgeous glass sandwich design — and adds in a 48MP Samsung GM1 primary sensor (with an f/1.8 aperture and a 1.6-micron pixel size) to aid its camera chops. It certainly helps, with images packing in a ton of detail and low-light photos benefiting from the pixel-binning the large sensor affords. The processor is up to scratch with moderately intensive workloads, but the combination of chip and large battery allows the Note 7S to last nearly two days on my typical usage.

Photo results occasionally feel artificially oversaturated, but the rich details save the day. Display brightness is a tad low.