Learning to control fire made us human but adapting to its use brought us cancer, argues Arghya Manna 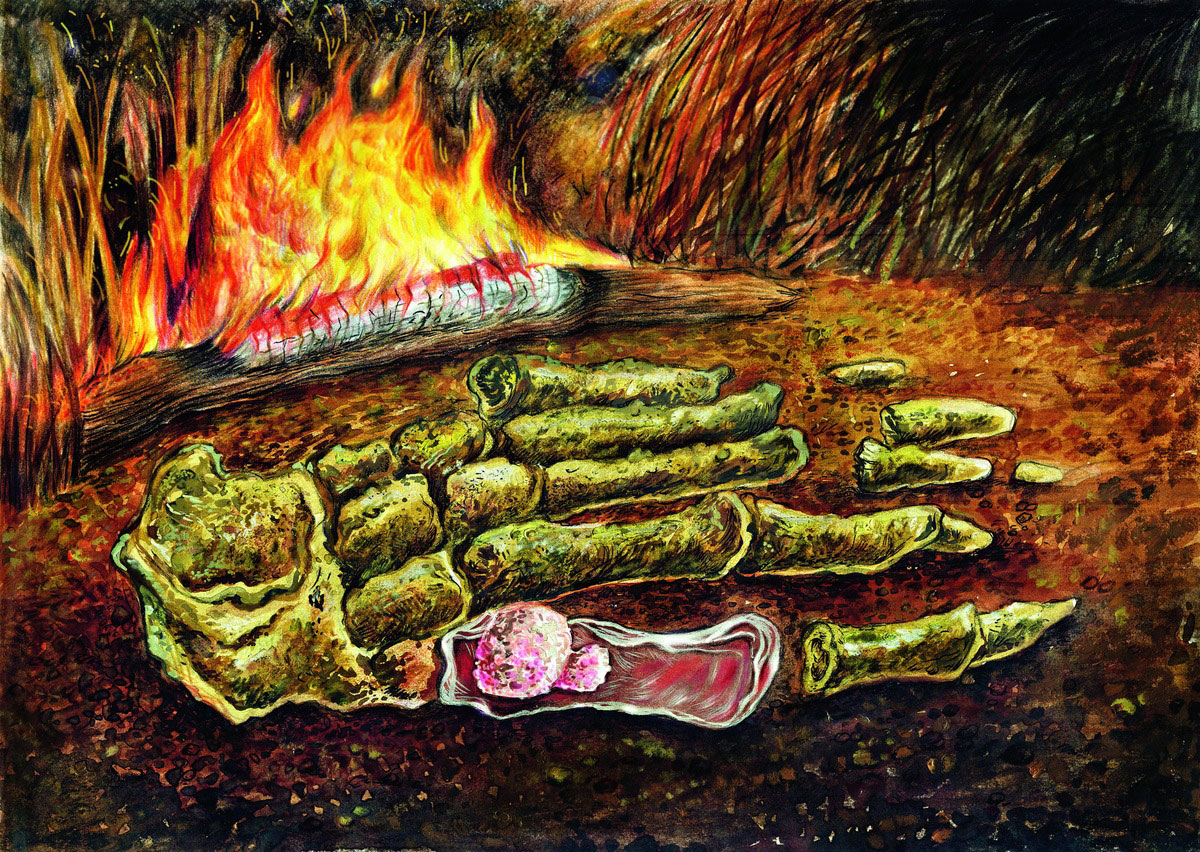 Willie Brown was an American firefighter who succumbed to cancer. The severe exposure to smoke, tar, heat and a battery of toxic materials that he had in his 16-year career may be one of the reasons cancer started in his body. The death toll from cancer among firefighters is alarmingly high, so high that a couple of months ago the Trump government passed a law requiring Centers for Disease Control and Prevention to start collecting data on it.

But how did cancer first start among humans? The answer is not easy, there are many conflicting views. In 2010 Rosalie David, now an Emeritus Professor at Manchester University in the UK, claimed that cancer is a man-made disease. 'In industrialised society, cancer is second only to cardiovascular disease. But in ancient times, it was extremely rare. There is nothing in the natural environment that can cause cancer. So it has to be a man-made disease, down to pollution and change in our diet and lifestyle,' she says in the article 'Cancer: an old disease, a new disease or something in between' that she co-wrote with Michael Zimmerman, a professor at Villanova University in Pennsylvania, US. The article, published in Nature Review Cancer, did not indicate the exact trigger for the disease.

In the opposite corner is oncologist Siddhartha Mukherjee who claimed in his Pulitzer-winning book The Emperor of All Maladies: A Biography of Cancer that the disease is not the outcome of civilisation. While the book is an excellent historical account of cancer, it too does not clearly state what first triggered the disease.

Cancer historians often claim that the disease started spreading like the plague in Europe only from the time of the Industrial Revolution. The most notorious was the epidemic of cancer among chimney sweeps, little boys who were used to climb chimneys - full of smoke, ash, tar, and other toxic materials - to clean them. Percival Pott was the man who first studied cancer as an occupational hazard and his research indicates the disease is man-made. Incidentally, it was around the same time that tobacco use rose among people in Europe and elsewhere in the world. Of course, people of the Mayan civilisation and other South American tribes had been using tobacco for far longer.

The Industrial Revolution may have increased the spread of cancer but the disease, according to Mukherjee, existed from much earlier times. In the Emperor of Maladies, he has documented a number of cases from the time of the Pharaohs and in ancient Greece. 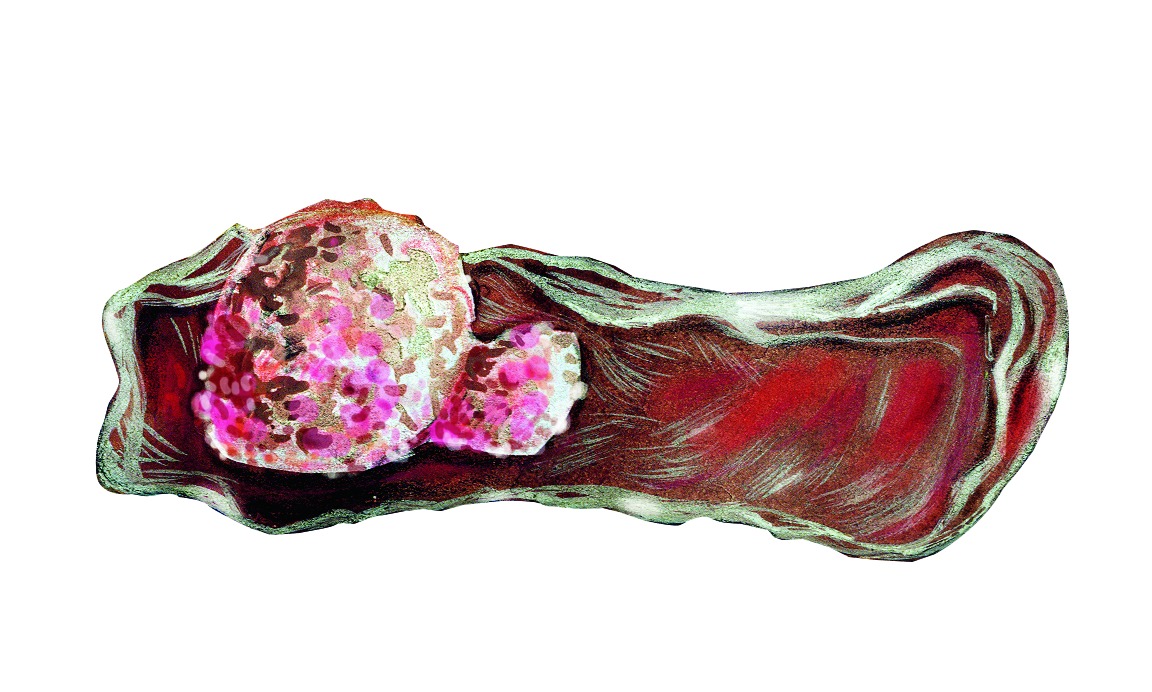 And then there is that tiny foot bone fossil with some unusual outgrowths that was found in 1976 in the 'Cradle of Humankind', a hominin fossil-rich region in South Africa. In 2016, researchers from Wits University in South Africa published a paper in the South African Journal of Science announcing their discovery that the outgrowths were part of an osteosarcoma, an aggressive form of cancer that affects younger individuals in modern humans and usually leads to an early death. This fossil is at least 1.7 million years old and negates the theory that cancer came in with the Industrial Revolution or the usage of tobacco.

There was, however, something else that occurred a few hundred years before the lifetime of the hominin who developed osteosarcoma - about two million years ago our Homo erectus ancestor learnt to control fire. Many scientists and evolutionary biologists believe that it was the defining moment in human evolution. The use of fire pushed our hominin ancestor to evolve into the modern human. In his book Catching Fire: How cooking made us human, Harvard-based biologist Richard Wrangham claimed that our ancestors started cooking because they could control fire. Cooked food helped the small-brained hominin turn into a large-brained human through the course of time. The intriguing part is that two million years ago a group of our ancestors started to evolve towards the modern human while 1.7 million years ago cancer claimed perhaps its first victim. Is the closeness of these two events on the evolutionary timescale a coincidence? Or did the use of fire actually enhance our susceptibility to cancer?

When our ancestors started to use fire, they were exposed to smoke with its many toxic particles. There is a protein encoded by the aryl hydrocarbon receptor (AHR) gene which is basically a receptor that sits on the surface of the body. In our ancestors, the receptor bound to polycyclic aromatic hydrocarbons or PAH along with a battery of toxic particles in smoke derived from the incomplete combustion of wood. These irritants would then be carried inside the cells where they would spark off an immune response. So the initial fire users would have faced persistent respiratory problems and could have even developed reproductive and developmental failings. In fact, a research team from Pennsylvania State University led by Gary Perdew has theorised that this may be the reason for the extinction of the Neanderthals who knew the use of fire.

In the two million years since humans learnt to control fire, the AHR gene mutated, possibly in the first 50,000 years. It lost its ability to bind with PAH, sparing us respiratory problems. But it brought a new threat - cancer. The mutated AHR activated a special kind of thymocyte, regulatory T cell. Unlike normal T cells, this kind cannot identify tumour cells as a foreign body and kill it - in fact, it helps the cancerous cells grow. So the use of fire got us two things, bigger brains and a mutation that lead to cancer.