BioNTainers and co: The tangled quest to produce Covid mRNA vaccines in Africa 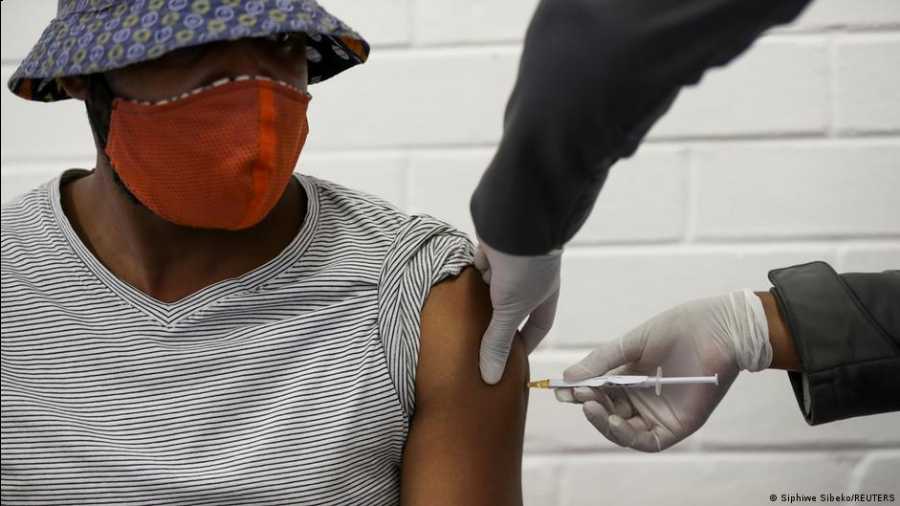 Two years into the pandemic, only a fraction of the African population has been vaccinated against the coronavirus.
Deutsche Welle
Deutsche Welle   |   Published 23.02.22, 03:52 PM

Two days after BioNTech executives announced plans to export a version of its Marburg factory to locations in Senegal and Rwanda via "BioNTainers," leaders of South Africa's WHO-backed mRNA technology transfer hub announced the first six countries chosen to receive the technology to create mRNA vaccines at their own in-country hubs.

Neither development will help speed up vaccination against the coronavirus this year.

Meryame Kitir, Minister of Development Cooperation and Urban Policy of Belgium, said in a WHO press conference she expects the Hub's vaccines will receive approval in 2024.

BioNTech expects their solution will be up and running in two to three years, said COO Sierk Poetting in a press conference following the BioNTainer announcement.

According to leaders of Africa's mRNA vaccine hub, the two events are not related.

The apparent dissonance between the announcements is just the latest in the story of the West's disjointed quest to vaccinate the African continent.

By June 2021, more than a year into the pandemic and around the same time the COVID-19 vaccine had become widely available across the West,it was clear something wasn't working.

While Europe and the United States had already been vaccinating citizens for six months, some African countries had only just received their first shipments.

There had been plans in place to avoid this problem, which many global health experts had anticipated from the start. COVAX, the UN-backed global vaccine alliance, was supposed to deliver vaccines to Africa. But those plans got muddled when wealthy countries bought the bulk of the vaccines for themselvesleaving little for low-income countries.

The COVAX alliance had good intentions, but it wasn't working. And with talks to lift patents seemingly infinitely stalled, making Africa-based development of already-existing vaccines all but impossible, African leaders decided to try something new. They would create their own.

With the help of the WHO, in late June 2021 the world's first mRNA technology transfer hub opened in South Africa with partners Biovac, Afrigen Biologics and Vaccines, a network of universities and the Africa Centers for Disease Control and Prevention (Africa CDC).

The Hub decided to use unpatented data from the Moderna vaccine, which the company made available for the duration of the pandemic. From the start, they'd asked the largest pharmaceutical companies for help, Afrigen director Petro Terblanche said. But the companies didn't answer.

Instead of responding to the hub's requests for collaboration, BioNTech-Pfizer announced its own separate plans one month later to help ease access to vaccines on the African continent.

In collaboration with Biovac, a South African biopharmaceutical company, BioNTech would make the vaccines, then send them to South Africa, where they'd be bottled and transported across the continent. Production would start around the second half of 2022, they said.

Four days later, they announced more plans to help vaccinate Africans ― this time not against COVID, but malaria.

Together with the Kenup Foundation, a Malta-based lobbying firm that's been working with BioNTech over the past few years on its EU-funded "eradicateMalaria" campaign, they would develop the first mRNA vaccine against Malaria.Vaccine manufacturing facilities would co-locate with the WHO technology transfer hubs, they said.

Around two weeks later, Kenup executive Holm Keller set off on a journey to South Africa. He visited the technology transfer hub and met with multiple South African health leaders. The trip had nothing to do with malaria ― it was focused on the transfer hub.

Perhaps the leaders Keller met thought this meant BioNTech was ready to collaborate with the Hub in its quest to develop its own mRNA vaccine.

But a report recapping the mission stated the opposite.

"The WHO Vaccine Technology Transfer Hub's project of copying the manufacturing process of Moderna's COVID-19 vaccine should be terminated immediately," the report, titled Supporting South Africa's Vaccine Production Hub, said. "This is to prevent damage to Afrigen, BioVac, and Moderna."

The report was first made public in an investigation published in early February by the British Medical Journal.

Two weeks after the mission, on August 27, Kenup officials convened a meeting during the G20 summit on behalf of BioNTech. President Paul Kagame of Rwanda, President Macky Sall of Senegal, President Ursula von der Leyen of the European Commission and BioNTech CEO Uğur Şahin met in Berlin to discuss the development of manufacturing sites to produce mRNA vaccines against Malaria, TB and COVID-19.

In a joint communique , Kenup wrote that prospective locations of the necessary manufacturing sites "are expected to co-locate with the World Health Organization’s (WHO) upcoming Vaccine Hubs."

The report added that "in principle, BioNTech’s COVID-19 vaccine could potentially also be manufactured in the local facilities for distribution in Africa."

At the African Union-European Union summit around six months later and two weeks after Hub officials declared they’d successfully replicated an mRNA COVID-19 vaccine, BioNTech made its own big announcement.

The company would build BioNTainers ― exact replications of the BioNTech factory in Marburg, Germany ― in Rwanda and Senegal.

This isn't true, Afrigen director Petro Terblanche told DW. Terblanche has led the Hub to replicate the Moderna vaccine and met with Keller in August.

"They are not co-located with the mRNA hub," Terblanche said. "I am not aware of any other hubs in Africa. They are also not collaborating with the mRNA hub at the moment. I still hope that they will."

Neither BioNTech nor the Kenup Foundation responded to multiple requests for comment from DW.

The Global Vaccine Inequity and its Consequences

Poetting said in the press conference that the reasoning behind the BioNTainer solution was speed. It would be faster than other options, he said.

But Achal Prabhala, coordinator of the AccessIBSA project, which aims to expand access to medication and vaccines for those in need, and Alain Alsalhani, from Médecins Sans Frontières, say that's not true.

The two wrote a report in December outliningeight already-existing vaccine manufacturers in Africa where pharmaceutical companies like BioNTech or Moderna could outfit to produce mRNA vaccines.

The BioNtainers will take longer to come into operation in comparison with retrofitting already-existing facilities, Prabhala said. While the BioNTainer solution will take around two to three years, retrofication would only take three to six months, he said.

"In my opinion, BioNTech's announcement is a splashier way of a major multinational making a fairly simple announcement: That it will set up a few regional outposts," Prabhala told DW.

Alsalhani told DW that if it's fully validated by regulators, the BioNTainer concept could be a very fast way to establish new mRNA manufacturing capacity, "but we are not there yet."

He believes the major benefit to the BioNTtainer concept as opposed to the retrofication concept is full control of facilities. BioNTech can determine the price and location of the products sold.

'It boggles my mind'

"I do not understand why they did not engage with the Hub," she told DW.

She said it doesn't make sense to her that the company didn't "grab the opportunity" to share their technology with the outposts, which the Hub announced Friday will so far exist in Egypt, Kenya, Nigeria, Senegal, South Africa and Tunisia.

"What they are now proposing and planning is going to cost them much more," she said. "To be honest I try to understand this strategy and it boggles my mind."

Terblanche, like Alsalhani, acknowledged the BioNTainer solution is very innovative.

But she said it's the opposite approach to the transfer hub. The hub is focused on sharing technology. The BioNTainers will be fully controlled by the company.