By directing social media platforms to erase a particular phrase, the govt is interfering with the right to free expression 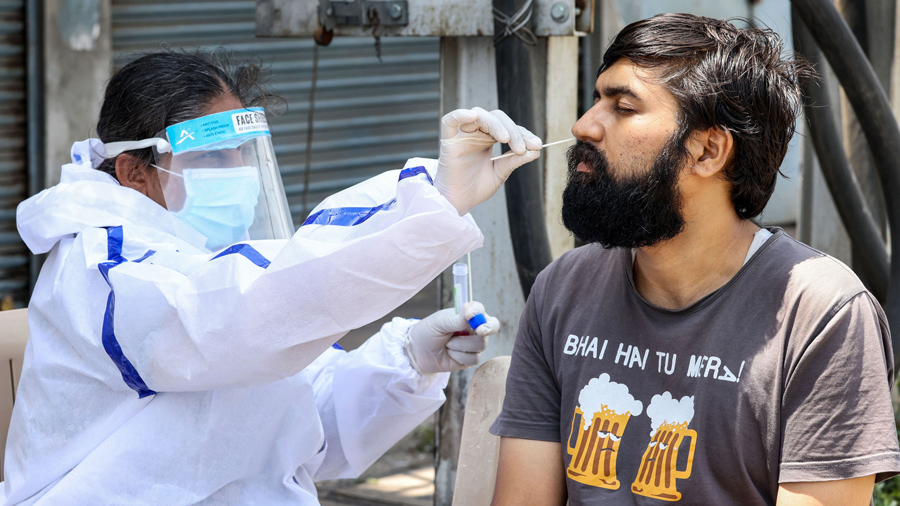 Image, not ripeness, is all. The Indian government directed all social media platforms to take down the phrase, ‘Indian variant’, for the B.1.617 strain of the SARS-CoV-2 virus believed to be the cause of the second surge. In its support, the Indian government referred to the World Health Organization, which identifies each strain scientifically, not by region. India detected the B.1.617 mutant in October 2020. The WHO mentions that it has been found in 44 countries and has listed it as a variant of concern. If there is some irony in a government insisting on the scientific identity of a virus, to combat which many Bharatiya Janata Party adherents have suggested cow urine and ingested mustard oil, there is more irony in the timing of the ban. Earlier, in an affidavit to the Supreme Court, the government referred to the “UK variant, Brazil variant, South African variant and Indian double mutant strain”. Yet the same government finds it unacceptable now, after the image of India’s leaders took a battering in the international arena because of the tragic mismanagement of the raging pandemic and of the vaccination programme. They have become as sensitive as the leaders of another Asian country, Singapore, who took serious umbrage at Arvind Kejriwal’s suggestion that a new variant was coming from there.

Social media platforms are for the people. By directing them to erase a particular phrase, the Indian government is interfering with the right to free expression, especially as it is perfectly innocent of obscenity or violence. There is almost a comic aspect to this violation. Will suppressing a phrase change realities — of people dying in the thousands in what was a largely avoidable disaster? Or will the world not notice what is happening? A police case has been filed against the former Congress chief minister of Madhya Pradesh, Kamal Nath, for using the phrase, ‘Indian variant’, in comments critical of the government’s handling of the situation. He is charged with spreading misinformation under the Disaster Management Act and for disobeying a public servant’s order. He is supposed to have defamed the country and become guilty of sedition. Tolerance of contrary opinions was never the BJP’s forte, but this shows that its image is now so brittle that a mere phrase can make its hackles rise.