Workplaces should pledge to provide a healthy work atmosphere

To this day, symptoms of psychological deterioration remain neglected, especially in India 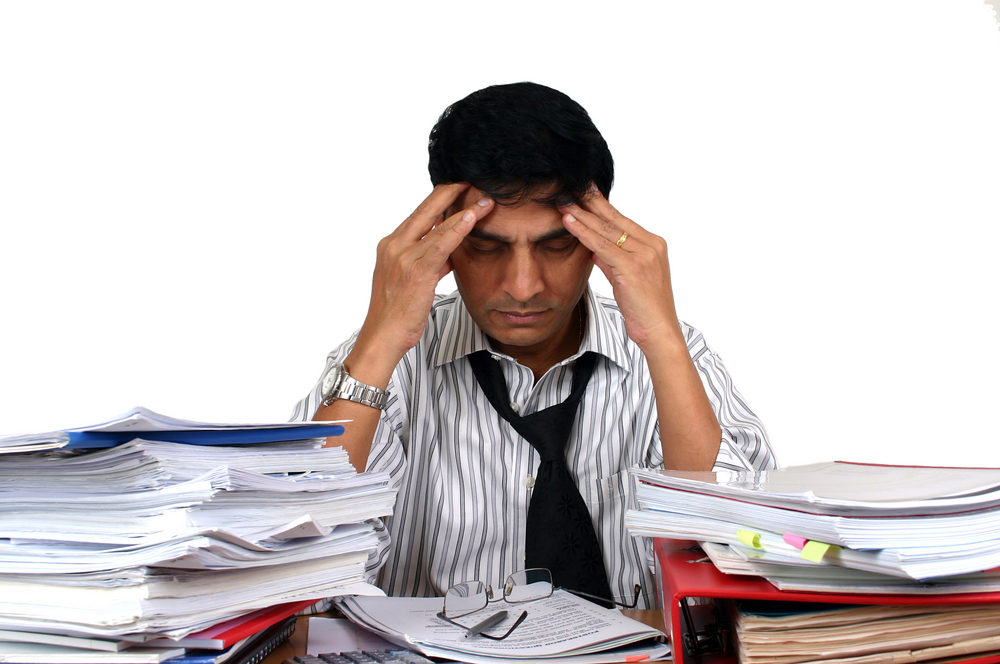 Reports show that 42.5 per cent of Indian private-sector workers suffer from depression or stress-related anxiety, and that two-thirds of the people suffering from mental health issues face prejudice at their jobs
Shutterstock
The Telegraph   |     |   Published 08.10.19, 07:13 PM

Sir — People around the globe will observe World Mental Health Day tomorrow. But to this day, symptoms of psychological deterioration remain neglected, especially in India. In fact, speaking about or seeking treatment for mental problems, even for something as common as depression, is taboo. Reports show that 42.5 per cent of Indian private sector workers suffer from depression or stress-related anxiety, and that two-thirds of the people suffering from mental health issues face prejudice at their jobs. This year, all workplaces should take an oath to inculcate a more healthy work atmosphere.

Sir — Amit Shah, who is actively endorsing the implementation of the National Register of Citizens in every state, should give more thought to his divisive policy (“Shah shifts focus, assures all but one”, Oct 2). As home minister, he is bound by oath to safeguard the constitutional principles of India upon which the idea of democracy rests. While it is true that Hindus, who have faced persecution over the years and have had to migrate from one part of the country to another, should be given Indian citizenship even without all requisite documents, the same should be extended to the Muslim community.

The government’s bais becomes clear when it indicates that migrants from all religions except Islam will be accommodated under the NRC: it is focusing on ways to procure votes from the majority community by following a policy of divide and rule.

The government is not above the Constitution. Even if this exclusionist law is implemented, it should be challenged in the apex court, as it violates the principle of secularism. The State cannot give undue preference to any particular community.

It is impossible that the lawmakers of India do not understand how the government is tampering with constitutional principles. The entire country is being pushed to a point of no return. People have suffered gravely in the name of religion and yet political leaders refuse to learn from history.

The real test of democracy lies in negating the very idea of sectarianism. The Indian people had shown tremendous resilience at the time of the Emergency, and one hopes that this spell of mistrust and communal hatred will also pass in a similar manner.

Sir — Mass panic seems to have gripped the state of West Bengal as people are scrambling to procure the identity documents which could help them prove their citizenship, in spite of the chief minister’s repeated assurances. Bengal has seen massive migrations following the Partition and the 1971 war with Pakistan. Many of these migrants and their descendants are now worried about being driven out even if they have the requisite documents. The NRC is but a weapon for the Bharatiya Janata Party to polarize the electorate — it is explicitly directed against Muslims. Amit Shah has recently stated that no migrants who are not Hindu, Sikh, Jain, Buddhist or Christian will be allowed to stay in the country.

The failure of the NRC exercise in Assam should be a lesson for all. Not only has it left out about 19 lakh applicants but it is also full of errors, with many wrongful inclusions and exclusions. No one can be happy with the outcome of the NRC. The BJP should abandon this divisive and dangerous course, and avoid creating tension among the people. There is no constitutional, political or practical value or need for the NRC in any part of the country, and it will certainly not serve any national purpose, except perhaps to distract people from the poor economy and rising unemployment. The Centre is using the NRC as a threat against people who might question its decisions.

A baby feeding booth at a pandal in Calcutta
The Telegraph

Sir — It was heartening to note that many Durga Puja pandals in Calcutta incorporated some basic facilities for visitors, such as ramps for wheelchairs and baby feeding booths. It is not only the idol and the decoration that catch people’s eye; these gestures of inclusivity also leave a mark on their minds. This raises awareness about problems that otherwise go unnoticed. In fact, while giving out awards for best pandals, the judges should focus more on these features rather than Puja budgets.