Advertisement
Home / Opinion / What was there in Erdogan's dustbin?

What was there in Erdogan's dustbin? 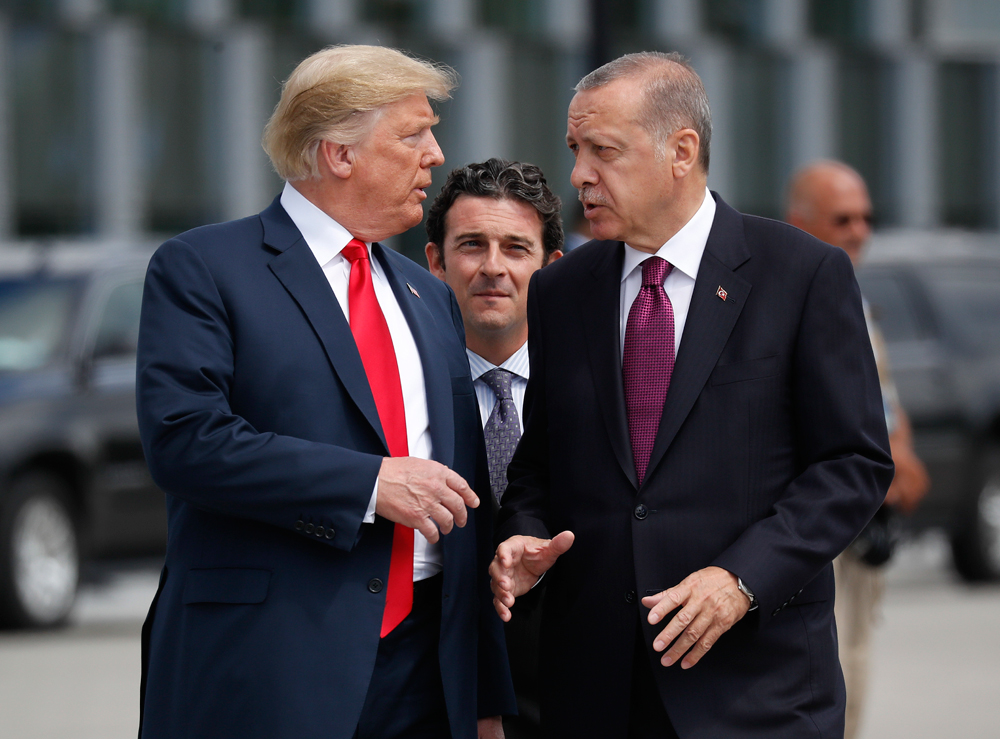 Less than a fortnight ago, here’s what was recovered from the waste bin of the President of Turkey, Recep Tayyip Erdogan — a letter. The missive contained the exhortation: “Don’t be a tough guy. Don’t be a fool!”, followed by a promise, “I will call you later”, and a signature that looked like a barbed wire and spelt Donald Trump. Potus was calling out Erdogan and Turkey for attacking the Kurdish-led forces in northeastern Syria, following the removal of US troops from the same geography.

Now, you could ask — why should you care about an autocrat and an autocrat, a border, a buffer and somebody else's nobodies? And you would be justified in asking too. Or, you could just look out for... well, learnings. The lowdown: Turkey and Syria are neighbours. Kurds are an ethnic group with no one country to their name but some presence in either country and a couple of others. There is Kurdish militia in Syria and there is a Kurdish force in Turkey too; they are allies. The Syrian state does not consider the Kurds its own. Erdogan considers them a menace too. Circa 2014: enter, the US. The ISIS rears its head, captures the Kurdish city of Kobane in Syria. Big Brother does not want its own soldiers to be caught in the crosshairs; it decides to use the Kurds to handle the crisis. Trump helps with arms. The ISIS falls; job done; gratitude evaporates. Syrian Kurds ramp up cry for independent state.

Erdogan has been ruling Turkey these 16 years — the first 11 as prime minister and now as president. A man of humble beginnings, who reportedly sold bread rolls to pay for religious school. An Islamist, who tried to criminalise adultery and introduce alcohol free zones. Erdogan, who tweaked the Constitution. Today though, Erdogan has many problems on his hands. His party has lost key mayoral elections. There is a flailing economy. Syrian refugees he is looking to dump. These notwithstanding, he has decided that hammering Syrian Kurds is top priority. He does not want to share border with a possible Kurd country and so, along with the Syrian National Army, he has launched a counter offensive and called it Operation Peace Spring. As for Trump, this is what he had to say in his defence: “Our soldiers are not in harm’s way, as they shouldn’t be as two countries fight over land. That has nothing to do with us… the Kurds know how to fight. And as I said they’re not angels, they’re not angels.”

Turkey urges Kurdish fighters to lay down their arms