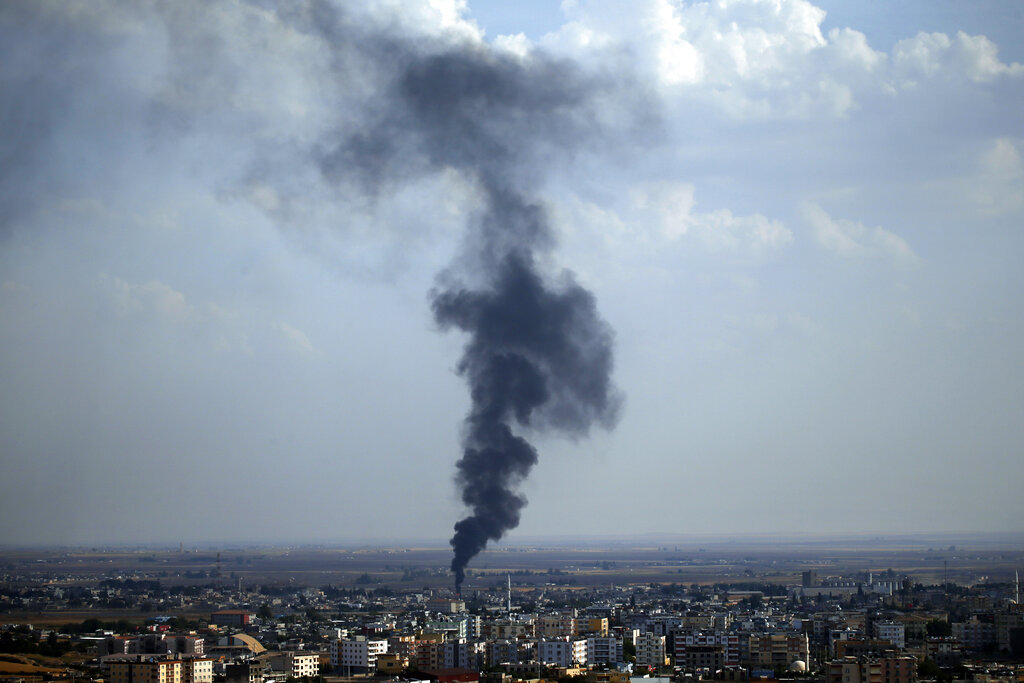 Shelling could be heard at the Syrian-Turkish border on Friday morning despite a five-day ceasefire agreed between Turkey and the US, and Washington said the deal covered only a small part of the territory Ankara aims to seize.

Reuters journalists at the border heard machine-gun fire and shelling and saw smoke rising from the Syrian border battlefield city of Ras al Ain early on Friday, although the sounds of fighting later subsided by mid-morning.

The truce, announced on Thursday by US Vice-President Mike Pence after talks in Ankara with Turkish President Tayyip Erdogan, sets out a five-day pause to let the Kurdish-led SDF militia withdraw from an area controlled by Turkish forces.

The SDF said air and artillery attacks continued to target its positions as well as civilian targets in Ral al Ain: “Turkey is violating the ceasefire agreement by continuing to attack the town since last night,” SDF spokesman Mustafa Bali tweeted.

The deal was aimed at easing a crisis that saw President Donald Trump order a hasty and unexpected US retreat, which his critics say amounted to abandoning loyal Kurdish allies that fought for years alongside US troops against the Islamic State.

Trump praised the deal, saying it would save “millions of lives”. Turkey cast it as a complete victory in its campaign to control a strip of border territory hundreds of miles long and more than 30km deep, including major Kurdish-held towns and cities.

But the US special envoy for Syria, James Jeffrey, said the agreement fell short of that aim, covering only an area where Turkish forces were already operating. Kurdish fighters leading the SDF, who are meant to withdraw under the deal, appeared to have taken a similar view that the truce covered only a relatively small area.

SDF commander Mazloum Kobani told Kurdish broadcaster Ronahi TV late on Thursday the group would accept the ceasefire but it was limited to a strip between Ras al Ain and the town of Tal Abyad, directly on the border and about 120km apart.

Pence said US sanctions imposed on Tuesday would be lifted once the ceasefire became permanent.

In Washington, US senators who have criticised the Trump administration for failing to prevent the Turkish assault in the first place said they would press ahead with legislation to impose sanctions against Turkey.

The Turkish assault began after Trump moved US troops out of the way following an October 6 phone call with Erdogan.

It has created a new humanitarian crisis in Syria with — according to Red Cross estimates — 200,000 civilians taking flight.