Third chance for TMC to reinvent their politics

The areas of improvement are obvious – allegations of corruption and nepotism have plagued this regime; many of these tainted leaders have now found shelter in the BJP 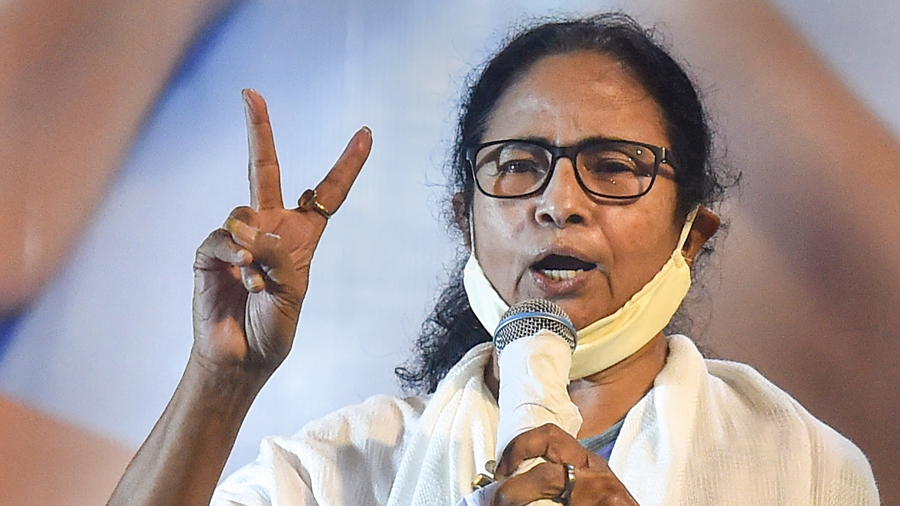 There are many ways of looking at the Trinamul Congress’s resounding victory in Bengal. One way of examining the landslide in favour of Mamata Banerjee would be to acknowledge her personal popularity across segments of the population. Another perspective — this is being discussed extensively — is Bengal’s unambiguous message to the Bharatiya Janata Party that the poison of division will be met with spirited resistance. There are even murmurs that this electoral verdict could spur a mobilization of India’s Opposition parties at the national level with Ms Banerjee leading the charge. What is not being discussed though is that a third term for Ms Banerjee has gifted her with a unique opportunity of course correction for her party. In 2006, when the Left Front won more seats than the TMC has done on this occasion, there was an opportunity for Buddhadeb Bhattacharjee and the Communist Party of India (Marxist) to reinvent their politics. The comrades failed to do so, and this failure was instrumental in their defeat in 2011. The TMC and its politics are far from perfect. Ms Banerjee would do well to learn from history and use this massive public mandate to erase the creases from her party’s fold.

The areas of improvement are obvious. Allegations of corruption and nepotism have plagued this regime. Many of these tainted leaders have now found shelter in the BJP. The TMC must use this chance to blood a cleaner, younger leadership. The temptation to settle scores with the BJP notwithstanding, Ms Banerjee must desist from any kind of violent confrontation or intimidation. She must bear in mind that the BJP managed to get a toehold in the state on account of the TMC’s willingness to embrace the culture of political intimidation: the panchayat polls of 2018 are a case in point. Inclusive, non-discriminatory politics could help the TMC wean away a chunk of the BJP’s new-found support base. ‘Sabka Saath, Sabka Vikas’, something that the prime minister pledged but failed to deliver, should be Ms Banerjee’s goal too. In the course of the next five years, Ms Banerjee must also harness a second rung of leadership that should be collective in nature. The political longevity of parties with solitary, charismatic leaders is not known to be long. As for Ms Banerjee’s national ambitions, they can wait for now. Developing Bengal as a model state for pluralism and prosperity would automatically enhance Ms Banerjee’s pan-India credibility.