We as a nation are practitioners of unspeakable things

From lynching to sexual abuse, we have performed the most dreadful acts on our fellow citizens 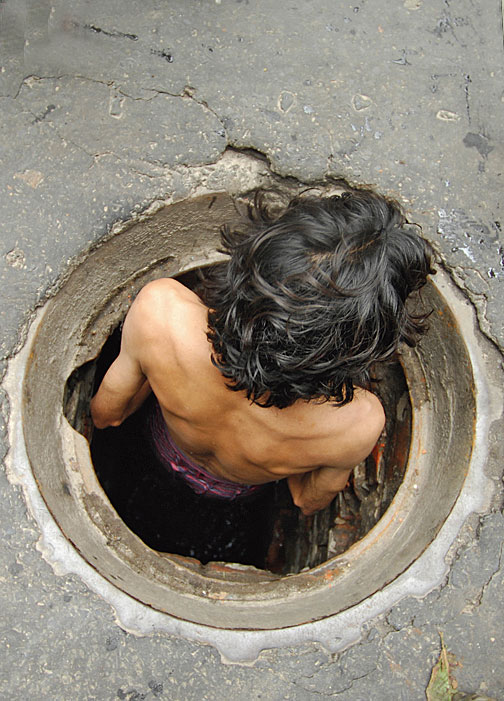 Several years ago, in a rural recess of Bihar where I come from, a girl, barely ten, woke up one morning and slipped out into the open to relieve herself. Returning, she came upon a crop of spinach and coriander leaves. She gathered a clump in her palm and pulled at it. She was caught in that act. They chopped her fingers off, as they would the spinach and the coriander.

In 1989, in a village called Logain near Bhagalpur, a mohalla was set aflame. When the rage had calmed, the dead, probably even the near-dead, were carted to a field and shoved under the earth. Presently, the field was seeded with mustard and cauliflower. It was kites and vultures hovering overhead that caught the stench and blew the cover on the crime.

Returning home one evening last month — to a precinct of Gurgaon, the ‘millennium city’ — I heard the destitute wailing of a man. It came from the belly of a jagged circumference of folks, arranged as though riveted on a snake charmer’s tricks. There was, instead, an auto-rickshaw with a shattered windshield. There were two youngsters in shorts and Ts, their limbs gym-toned to envy, their forearms and biceps copiously tattooed. They stood over a man sprawled in the dirt, bleeding. The wails came from him. They were taking turns to pummel him, a burst of fists, then a knock of the knee. One would retreat to a gleaming motorbike parked to one side, wipe his arms and watch. The other would take over. The auto-driver was a bag, a yowling, bleeding bag. Nobody said a word. Nobody moved. This was a spectacle unfolding, cold, focused violence. The boys looked nowhere but at their victim; this is how it is best done, a blood ritual, with singular attention. There was nothing to suggest they would heed or halt. But one of them I was able to persuade to tell me the reason for their gory enactment. He took me to his bike and motioned to a splash of mud. It had rained. There was slush on the roadsides. The auto-driver had driven past with a spray of muck. It had landed on the boys’ bike; a few specks had also strayed onto the pillion’s shins. Therefore. “Don’t mess with these boys,” one from the crowd cautioned me, pulling me by the arm, “They are known goondas, they have backing, they will come back and touch you later.” Those words: they have backing. They will come back and touch you. The police, if it arrives or acts, will arrive and act later. By then, the boys will have “touched” you.

A girl complains of serial sexual abuse by a charlatan who is also a well-connected political thug masquerading as a sanyasi. The thug first takes ill and has himself wheeled into an air-conditioned hospital chamber. From there he manipulates power levers to have the girl arrested for extortion. Her father is warned of consequences if he speaks out. Another young victim of rape. Another thug from the same gang. The girl loses her father, then gets smashed by a truck on a highway, loses her aunt and ends up precariously injured in hospital.

Videographed ceremonies are carried out by monsters of their primitive headhunting — fellow humans cursed, humiliated, kicked about, slapped, knived, killed. Those monsters are then either draped in the national flag or garlanded in the name of a Mata whose provenance is at best ambiguous and whose blessings for such savagery have nowhere been explicitly or implicitly cited.

Photographs have floated up of a certain Ratan Biswas, his ribs pressed hard against the membranes of his flesh, his skeletal wrist chained to an iron bed, his expression drained of the last dregs of hope. He is in detention in Assam for the alleged crime of not belonging, a prisoner of our collective prejudice. We plan to put many more where we have dumped Ratan, in huge facilities we have designated camps but where our unwanted human beings will be penned like livestock, like cows that have ceased to bear milk or offspring.

But we’ve already created the blueprint for such a human pen, have we not? It is the heaven called Kashmir, where we have driven the clamps on eight million people we call our own. For close to two months now, they have not been allowed the common courtesy of free communication with each other or the outside world. Their movements have been restricted, for the better part frozen. They live razor-wired and bayoneted. They have been stripped of political stature and personal dignity. They have been forbidden expression. They have been forbidden protest. They have been turned into an agency of dictation. They have been told it is bad manners to complain; you’re alive, be thankful. They have been interned sans allegation, imprisoned at home or thrown into faraway cells. On occasion, their dare has been brutally pelleted. But nobody has been hit by a bullet above the chest, we have been assured on good authority; what would we do for the lack of such favour? We are told they are happy. The sense of siege is the figment of a “few minds”. What is being done is for their best; this persecution will teach them a lesson they long deserved to learn, they will emerge better citizens from it. We love Kashmiris, we should hug each Kashmiri. Conditions apply. Abominable conditions.

Last week, two Dalit children were beaten to death by villagers for defecating in the open. Their family had been denied toilet facilities by the panchayat, and so they went out. And paid. We have been told we are already an open-defecation-free nation. But we are routinely told lies. Those kids were done to death. There is another way of looking at how this works. You die defecating, you may also die clearing defecation. Fifty people died trying to clear the waste excreted by our bodies in the first half of this year, consumed by noxious sewer gases, hydrogen sulphide in the main. In ‘Swachh Bharat’, 740078 households still require manual removal of human filth each day; 182505 families in rural India earn their livelihoods yoked to daily manual scavenging. This nation stinks.

Someone just got awarded a high-voltage global honour for a slogan that our filthy reality daily mocks; it must by worn, if at all, as a badge in memory of those who are still dying trying to put away what we daily excrete. That same someone is also sought to be supplanted on this nation as paterfamilias, dislodging the noble one whose 150th anniversary it happens to be today.

Happy Birthday Bapu,
We remain,
Yours ruefully,
The Practitioners of Unspeakable Things