Watch out: Editorial on BJP’s opportunistic treatment of allies

The party succeeds by dropping the mantle of ideology and gaining in numbers — in the Northeast, for example 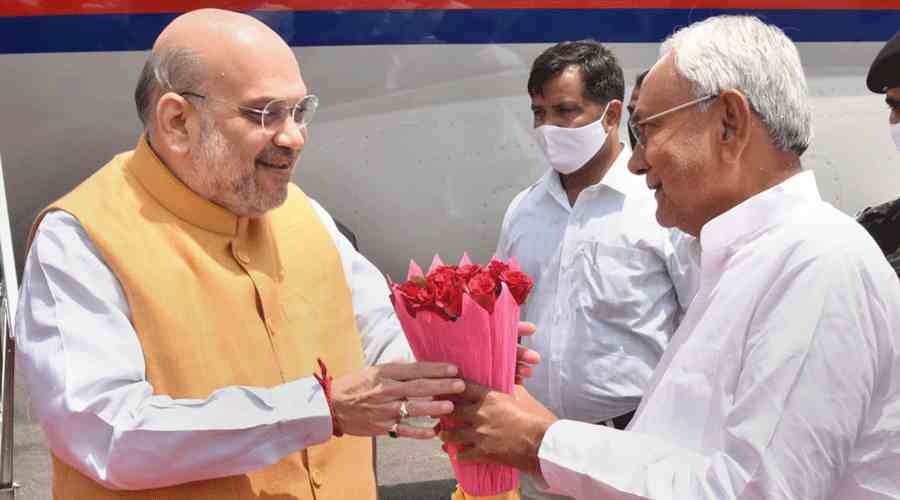 The BJP’s absorbing members of its ally, the Vikassheel Insaan Party, in Bihar took its numbers to 77 MLAs, overtaking the Rashtriya Janata Dal’s 75 in Opposition.
File photo
The Editorial Board   |   Published 13.06.22, 03:36 AM

Perception and action are two prongs of the same weapon. The Bharatiya Janata Party finds them most useful in enlarging the party’s space in states where it has to join a coalition. The BJP gobbles up parties it is in alliance with — a habit that has an impolite name. C. Ponnaiyan, a founding member of the All India Anna Dravida Munnetra Kazhagam in Tamil Nadu, referred to this habit when he said that although the BJP was the AIADMK’s ally, its growth in his state did not augur well for the AIADMK, Tamil Nadu and Dravidian politics. Mr Ponnaiyan’s warning was unexpected because, in spite of cracks in the AIADMK-BJP friendship, the two are coasting along with apparent amiability. But the experience of the BJP’s allies in other states may have prompted Mr Ponnaiyan’s discomfort, together with the state BJP president’s eagerness to counter the ruling Dravida Munnetra Kazhagam at every point, to create the perception that the BJP is growing fast in Tamil Nadu.

The BJP said that it does not intend to grow at the AIADMK’s expense: that is, it will not ‘act’. Good news, but a stretch for two reasons. One is that inducing members of the legislative assembly from allied parties to join it is its known strategy. Its predominance depends on its ability to capture the core support base of its coalition partners. The BJP succeeds by dropping the mantle of ideology and gaining in numbers — in the Northeast, for example. Whether 43 of 44 Congress MLAs make a new party in coalition with the BJP in Arunachal Pradesh in 2016 with 33 of these joining the BJP a bit later or 10 of the 13 members of the Sikkim Democratic Front join it in Sikkim in 2019 after the BJP scored a zero, the ‘action’ continues. Recently, the BJP absorbed members of its ally, the Vikassheel Insaan Party, in Bihar. That took its numbers to 77 MLAs, overtaking the Rashtriya Janata Dal’s 75 in Opposition and leaving the Janata Dal (United) fumbling far behind. The second reason to question the BJP’s good faith in Tamil Nadu is that its project in the South is far from satisfactory. Kerala, Tamil Nadu and Andhra Pradesh remain elusive. But the BJP must move beyond Karnataka if its dreams are to be fulfilled.