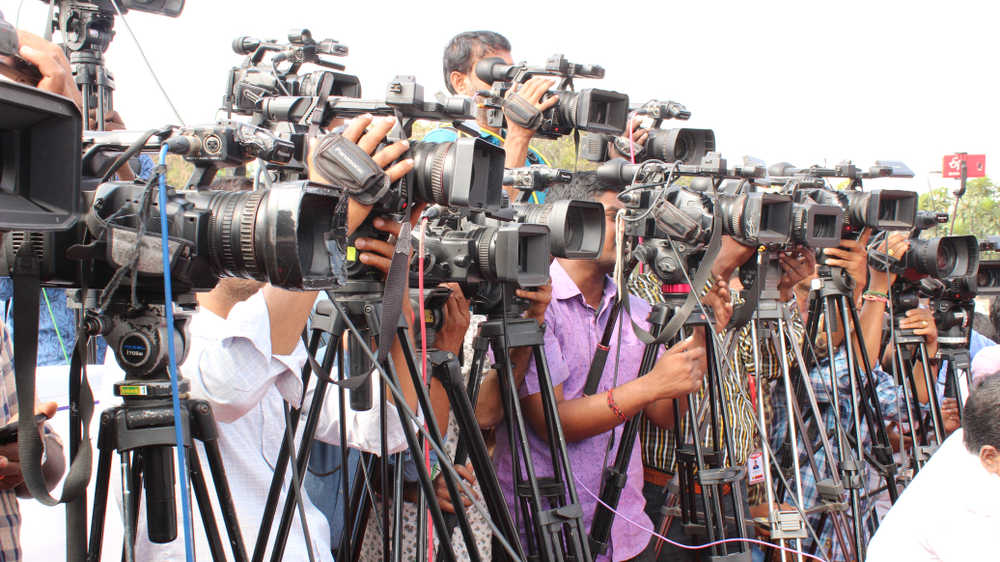 The glaring gap between what the BJP says and what it does on the matter of press freedom is unlikely to make the party get hot under the collar.
Shutterstock
The Editorial Board   |     |   Published 20.11.20, 03:43 AM

When the Supreme Court nudged the Centre to exercise its powers under the Cable Television Networks (Regulation) Act to rein in rogue television channels disseminating objectionable content, it appeared that the apex court — it has a long and honourable tradition of upholding freedoms — was apparently endorsing a culture of regulation. The Bharatiya Janata Party-led government, a dispensation known to be allergic to media with a spine, seemed — inexplicably — to be speaking up in support of an unfettered press. But appearances in New India are inevitably deceptive. This reversal of roles is a case in point. The highest court’s endorsement of regulatory oversight had a context. The Supreme Court was expressing its displeasure at the Centre’s response to a petition that alleged — not without reason — that precious little had been done to stop a section of the media’s sustained vilification of the Tablighi Jamaat during the early part of the pandemic. The court’s unhappiness may have something to do with the Centre’s cherry-picking of facts. In its response, the Union government stated that newspaper and web portals had reported the chain of events in a responsible manner, without conceding that it had done nothing to stop the witch hunt against a particular community that was unfolding on television screens.

It is this chicanery — a case of selective anguish — that lies at the heart of the BJP’s rhetoric on the freedom of the media. On the one hand, the government has no moral qualms about mouthing homilies on press freedom even when some television channels — Sudarshan News’s content on ‘UPSC jihad’ is an example — it is evident, are misusing their powers. On the other hand, the government conveniently forgets its own commitment to the cause of freedom when it orders crackdowns against journalists and media houses challenging, or critical of, the official narrative. Two of the most common weapons employed to this end are the archaic law of sedition and arrests; both phenomena, worryingly, are on the rise. It is not a coincidence that India’s poor ranking in the Press Freedom Index has corresponded with the political ascendancy of the BJP. The glaring gap between what the BJP says and what it does on the matter of press freedom is unlikely to make the party get hot under the collar. Muzzling comes naturally to muscular ideologies. Surprisingly, the nation’s sole ‘patriotic’ party remains equally blasé about the concomitant erosion in India’s democratic credentials.