The looming ecological crisis has far-reaching implications, will impact livelihoods 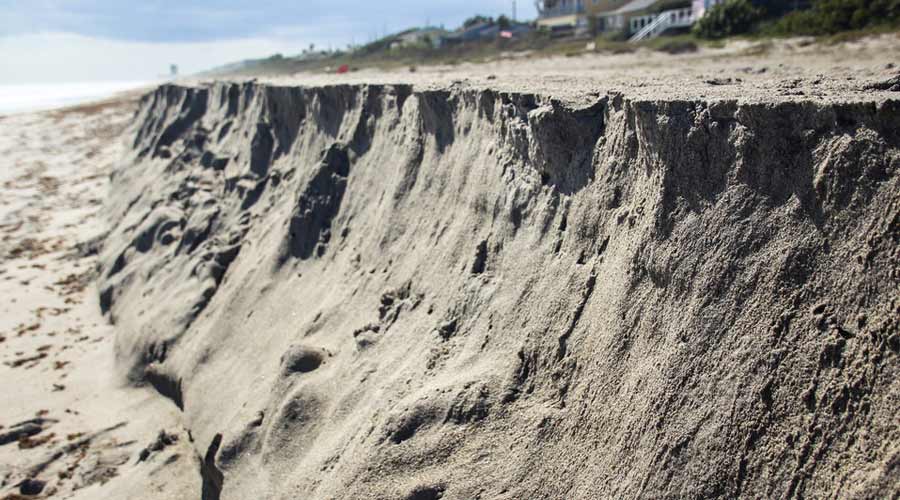 The extent of the damage to India’s coastline is alarming. In response to a question in Parliament, the ministry of earth sciences has revealed that 34 per cent of the coastline of the mainland is under varying degrees of erosion, 26 per cent is of an accreting nature, while the remaining 40 per cent is stable. West Bengal, with a long coastline of 534.35 kilometre, recorded the highest percentage of degradation along 60.5 per cent area from 1990 to 2018. This state is followed by Kerala at 46.4 per cent, Tamil Nadu at 42.7 per cent while more than half of the coastline in Puducherry has been adversely impacted. The crisis is expected to magnify in the coming years. According to a 2016 joint study by the Indian Institute of Technology, Mumbai and the National Centre for Earth Science Studies in Kerala, coastal erosion will occur 1.5 times faster in the next three decades than in the last 30 years. A new analysis by RMSI, a global risk management firm, has found that several locations in Indian coastal cities will be submerged by 2050.

The deterioration of India’s coasts can be attributed to both natural causes and anthropogenic activities. Recurring cyclones and flooding — they are expected to increase in frequency because of climate change — have contributed to the acceleration of coastal damage. Furthermore, indiscriminate infrastructural construction, sand mining, and the destruction of mangroves have weakened the structural integrity of coasts. The looming ecological crisis would have an impact on the livelihoods of fishing and farming communities. The erosion, along with the rise in sea level, has significantly reduced arable land, contaminated freshwater sources and rendered thousands homeless. The regulatory framework is not helping either. The Coastal Regulation Zone rules, which govern human and industrial activity in coastal regions, have been diluted, opening up the possibility of further encroachments. Walls or bunds, the preferred interventions at the lower levels of the bureaucracy, redirect waves to cause damage in areas without a protective boundary. The pressure of tourism and ‘development’ on the weakened coast are significant too. This, in itself, is a manifestation of the myopia that continues to afflict policy. The disappearance of India’s coastline and its fragile marine biodiversity will cause irreversible damage to mankind and species alike.