The Opposition’s feebleness at this moment of crisis for our secular, democratic founding principles is deeply worrying 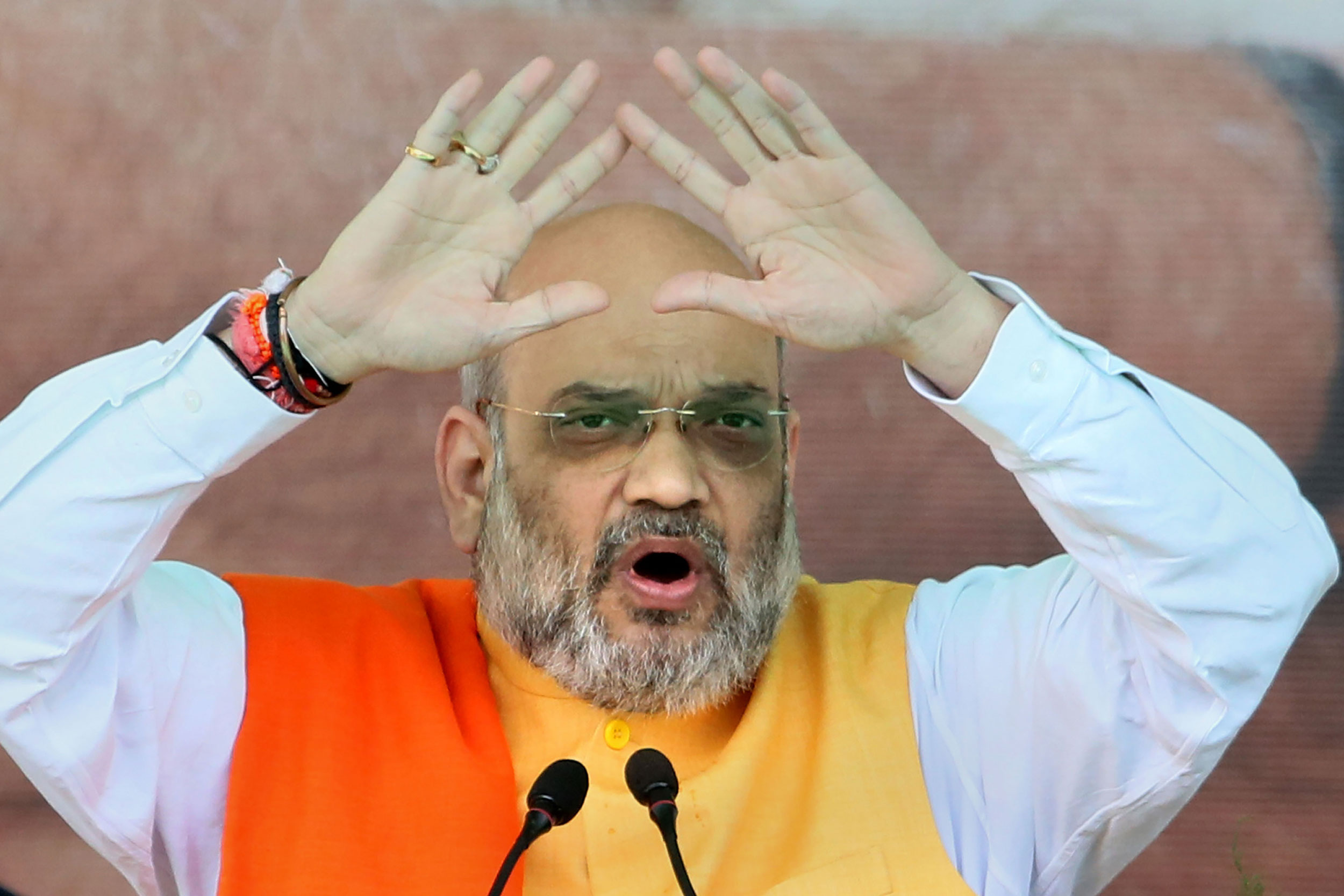 The home minister’s declaration is a manifestation of the Bharatiya Janata Party’s intention to redefine the identity of India through a momentous exercise that will affect the lives of lakhs of people in the country
File picture
The Editorial Board   |   Published 24.11.19, 08:58 PM

Once the chariot starts rolling, it is difficult to stop it. The Union home minister’s announcement in Parliament last week that the National Register of Citizens will be carried out throughout the country, including Assam in the ‘natural course of events’, rang with the confidence of a rolling chariot that can ignore all questioning and debate. There is no more pussyfooting around the aim of the exercise and no pretence of democratic principles that give due weight to dissent. The home minister’s declaration is a breezy manifestation of the Bharatiya Janata Party’s intention to redefine the identity of India through a momentous exercise that will affect the lives of lakhs of people in the country. It is also a show of power that cannily glosses over crucial details. The NRC exercise in Assam cost Rs 1,220 crore, and there is still no space to house the lakhs left out. Yet the BJP-led government wishes to repeat it, pretending it will be part of the natural course of events, simply because enough members of the minority community were not identified as illegal migrants while a lot of Hindus and indigenous people were. Clearly there were errors, in spite of revisions and repeated extensions of the deadline. How much money will be needed for a countrywide exercise including Assam? Where are non-citizens to be housed? The NRC was a part of Assam’s political history: why is it being extended to other states? Most do not have problems with cross-border migrants. While the home minister has said that the NRC will not be religion-based, the BJP is frankly introducing religious discrimination through the citizenship (amendment) bill that the home minister has said is inevitable, although it lapsed with the last Lok Sabha. It will be back again, offering ‘refuge’ to all non-Muslims who have run away from religious persecution from Afghanistan, Pakistan and Bangladesh. The image of the India that the BJP is envisioning is clear.

The Opposition’s feebleness at this moment of crisis for India’s secular, democratic founding principles is a matter of deep worry. The greater the steamrolling of a majority government the stronger should be the Opposition. Otherwise there will be no balance, no way back to constitutional principles. The BJP were elected after all; the rules of Parliament still apply.