Advertisement
Home / Opinion / The fangs are out

The fangs are out 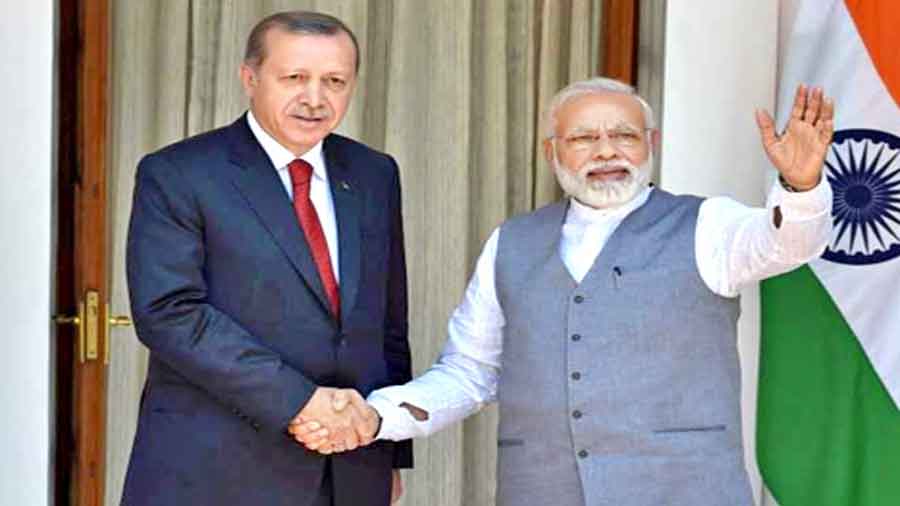 Erdogan in Turkey and Narendra Modi in India used the power they had won as elected heads of state to push their countries towards authoritarian regimes.
Faisal C.K.   |   Published 13.09.22, 03:33 AM

The constitutional referendum in Tunisia has given unbridled powers to its president, Kais Saied, and the country’s brief experiment with post-revolutionary parliamentary democracy has come to an end. The outcome of the dubious referendum has triggered the fear that authoritarian rule may bounce back. The president has already usurped all State powers and has been ruling by decree since last year. The new Constitution would give the president full executive control, supreme command of the army, and the power to appoint a cabinet without parliamentary approval. It would emasculate the judiciary and remove all the checks on the powers of the presidency.

In An Authoritarian Regime: Spain, Juan Linz defined authoritarianism as possessing four attributes — limited political pluralism realised with constraints on the legislature, political parties and interest-groups; political legitimacy based on emotional appeals; minimal political mobilisation and suppression of anti-regime activities; ill-defined and expanding executive powers. Arbitrariness is the major disposition of authoritarianism whereas constitutionalism strives to eliminate arbitrariness in government decision-making. Article 16 of the French Declaration of the Rights of Man and of the Citizen postulated that “any society in which the guarantee of rights is not assured, nor the separation of powers determined, has no constitution.”

“Constitution is Dead”. When the Recep Tayyip Erdogan government forcefully took over the newspaper, Zaman,in 2016, its last edition carried this headline. The newspaper was a highly circulated and respected media outlet but critical of the government. An authoritarian regime has no stomach for criticism. So the newspaper was gagged. This was a symptom of a deeper malady that infected Turkey with Erdogan’s rise.

Erdogan’s authoritarian journey started with the constitutional referendum. The number of judges in the Constitutional Court was expanded.It gave a free hand to Erdogan to handpick 14 judges for the court and he got a docile judiciary. He crushed the secular military, Fethullah Gulan’s network, and the intelligentsia. The constitutional referendum was the apogee of constitutional authoritarianism in Turkey. The office of the prime minister was abolished and the existing parliamentary system of government was replaced with an executive presidency and a presidential system. The president was given more control over appointments to the Council of Judges and Prosecutors. Erdogan has risen to the magnificence of Mehmed the Conqueror, his role model; but at the cost of constitutionalism.

In A Question of Order: India, Turkey and the Return of Strongmen, Basharat Peer examined what happens when a democratically-elected leader evolves into an authoritarian ruler. He concluded that it results in diminution of press freedom,civil liberties, and religious and ethnic tolerance. He opines that Erdogan in Turkey and Narendra Modi in India used the power they had won as elected heads of state to push their countries towards authoritarian regimes. Arvind Narrain in India’s Undeclared Emergency: Constitutionalism and the Politics of Resistance demonstrated with a vast body of evidence that India is slouching towards a totalitarian future.

(Faisal C.K. is Under-Secretary (Law) to the Government of Kerala and an independent researcher)