Advertisement
Home / Opinion / So that nobody can be somebody

What would have become of us if we hadn’t been recently alerted to the rife and fatal perils of termites? 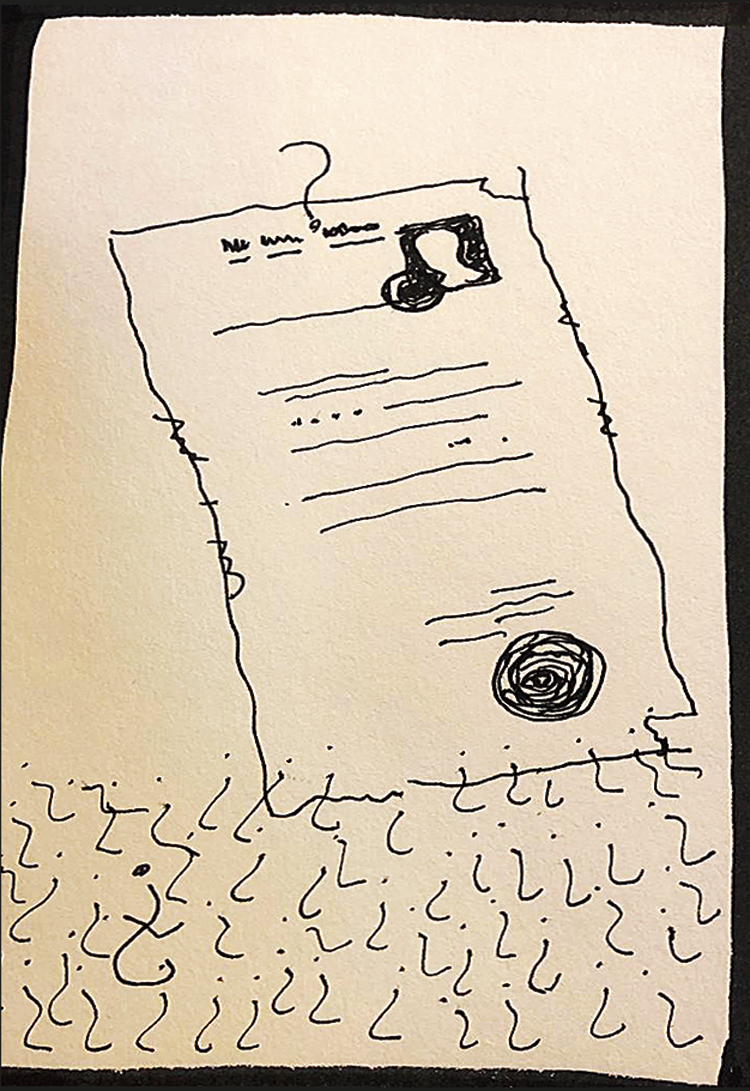 Who’s to tell who or what this thing that feels like some part of someone is? Who’s to tell what this thing is? Tough to tell, I do know, but essential to tell. Whose voice is this? I can only wonder, for I come knowing nothing, nothing at all. I do not even know what or where I come from. No, alas no. But I know I have a voice. I can hear it. You can hear it. You can, can’t you? Please do not mind too much if I seek assurance. I am such a thing. I have become such a thing. I have been turned into such a thing. I need assurance. Even to know that I am, whatever it is that I am. I am not sure. But I am. I am something. It is not that I am nothing, although I can see that I am sought to be driven to being that: Nothing. But I am not that, not yet. I am not there yet, not yet. I have a faceless face. I have a nameless name. I have a non-descript description. It’s all written there, in what’s now illegible. But so what? I am so weary of everything, no less of wondering and waffling about who I might be. So pardon me if I may just quote a bit of the past on this, something akin, perhaps: “...And thank heavens there’s somebody heeding that call with all the urgency and innovation it requires, laying out the road ahead, picking out the pitfalls.

What would have become of us if we hadn’t been recently alerted to the rife and fatal perils of termites? Nobody bothered warning us all this while what an apocalyptic end termites have been plotting. We are teetering on a hollowed out precipice and nobody told us. Such were the reckless botch-ups of the epoch justly called NothingHappened. All through NothingHappened, termites happened, and they were allowed to continue happening. As their nomenclature vaguely suggests, termites terminate. We were being voraciously had. But since we have given unto ourselves TheBossOfAllThings, he’s given unto us reason to feel secure. He’s let out the war cry: Exterminate before they terminate. This is nothing to scoff at. We should feel indebted we are now sagaciously helmed. Examine the scholarship and thought, not to speak of the milk of national interest that began to flow circa 2014, that has gone into raising this lifesaver alarm. Examine termites. Their names are petrifying enough. Cratomastotermitidae. Mastotermitidae. Archotermopsidae. Hodotermitidae. Stolotermitidae. Kalotermitidae. Archeorhinotermitidae. Stylotermitidae. Rhinotermitidae. Serritermitidae. Termitidae. Imagine running into one or any in a dark alley. Plundered to the bone, Ram naam satya hai. It gets worse. They come in 3,016 species. And that’s how far we know. A few hundred more termite varieties remain beyond our grasp. They are Jurassic or Triassic of origin, whatever that might mean; Hollywood tells us that can be unimaginably old and terrifying. We know social and anti-social behaviour. This lot conforms to an altogether alien behavioural tendency — they are eusocial, a matrix so arcane we have no understanding of it. It gets even worse. Termites organise themselves into armies, male and female. Armies. And these armies are so resilient and invasive, so tough to control, the best zoos in the world have refused to host them. But that’s how they’ve come to colonise every landmass on our planet other than Antarctica. And the way science is exploding frontiers, it’s quite certain it will discover an Antarctic termite soon, genetically kitted out in white thermals, breathing brimstone to neutralise polar frost. Termites are not a hazard to us alone, they are a global jeopardy. And it was down to one man to flag this menace to humanity. Is there more proof required to confirm we are now blessed with a world-class leader?”

So. There. Me. Or what there is of me. If there is such a thing.

But do tell me something
Just one question, not a few;
You who think yourself akin to some king;
Tell me, by way of interest, just who be you?