RBI in crisis mode, Shaktikanta Das has his hands full

Urjit Patel's resignation has sent ripples across India and its economy 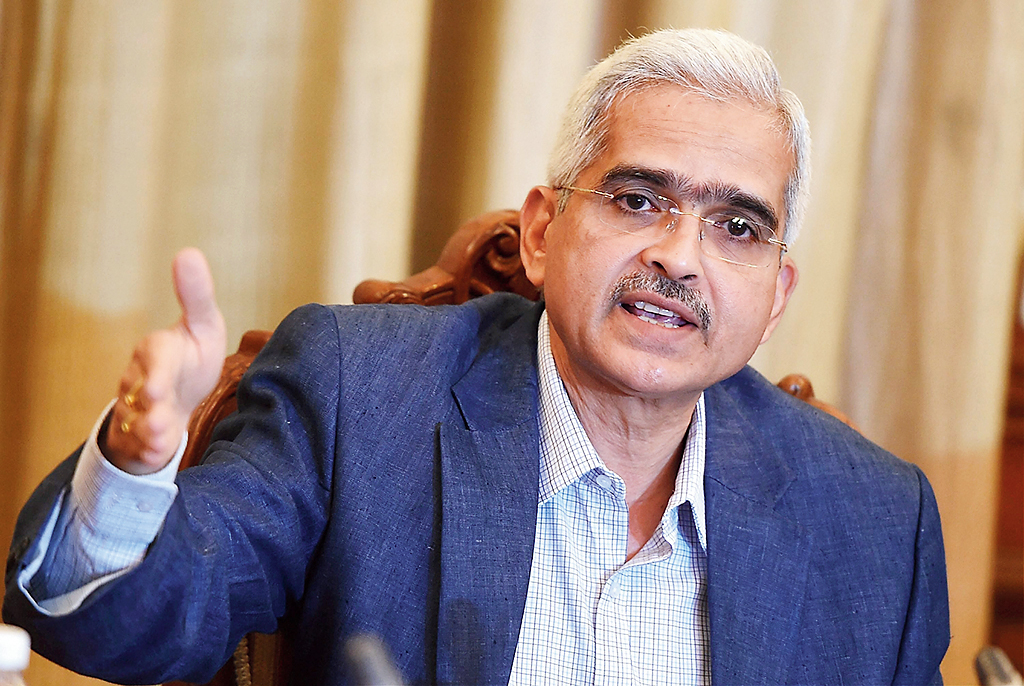 Sir — The resignation of Urjit Patel as the governor of the Reserve Bank of India was unexpected, especially since it came ahead of the crucial meeting of the central board of directors that was held yesterday. But it is laudable that the appointments committee of the cabinet brought in Shaktikanta Das as the new governor. This way the central bank will not be without a long-term head at its helm. The last budget of this government as well as the Lok Sabha elections are coming up. There is no time now to dissect why Patel quit. The new governor will have his hands full.

Sir — The abrupt resignation of one RBI governor and another’s decision to not continue in office do not augur well for India’s economy. Not only do these decisions affect the stability of the economy, but they also send wrong signals about India abroad. Can one expect foreign direct investments to flow in when heads of the central bank — the spine of the economy — feel compelled to give up their post?

It is important that governors complete their full term in office for several reasons, not the least of which is the fact that the shorter the term of a governor, the more vulnerable the central bank will be to blame games. Each governor will blame his predecessor for the failures of a monetary policy. It will become very difficult to fix accountability and the economy will pay the price.

Difference of opinion between the government and the RBI is not unusual. In fact, such a disagreement is a sign of the independence of the central bank. But no difference should be allowed to come in the way of the country’s welfare. Deliberations can solve all differences.

Sir — The promptness with which Shaktikanta Das, the former bureaucrat, was appointed the governor of the RBI seems suspect. Although it is not uncommon for an experienced bureaucrat to lead the RBI, the appointment of someone who is touted to be an ‘inside man’ of the government at a time when there is conflict between the central bank and the government makes Das’s appointment seem politically motivated.

Bureaucrats are generally seen as yes-men of the government. This is worrying, given that the present dispensation does not mind sacrificing constitutional bodies at the altar of political gains. As such, Das will have his task cut out for him with regard to maintaining the independence of the central bank. More so since the government has been eyeing the funds in the capital reserve of the RBI — meant for crisis situations — to fund the upcoming election campaign. With the recent slew of defeats in the assembly elections, the government will be more eager for this resource. The party in power is desperate to dole out sops that will distract the public from its failures in the past four years to bring about positive change in the country. Only time will tell if Das is able to rise to the challenge and save people from economic ruin.

Wear your monkey caps, but don't forget the homeless
The Telegraph file picture

Sir — The temperature has dropped only a couple of degrees and the streets are already full of people wrapped up in sweaters. By the looks of it, monkey caps, the ultimate winter wear of Bengalis, are not far away. Daily commuters also seem to be in a better mood, possibly owing to the pleasant weather. However, while making merry, one must not forget the plight of the many unfortunate people who are homeless or the animals who are out on the streets on cold nights. Donating warm clothes and quilts, or just making a cosy corner for stray animals, could make the season merrier for all.