Rape — He said. She said 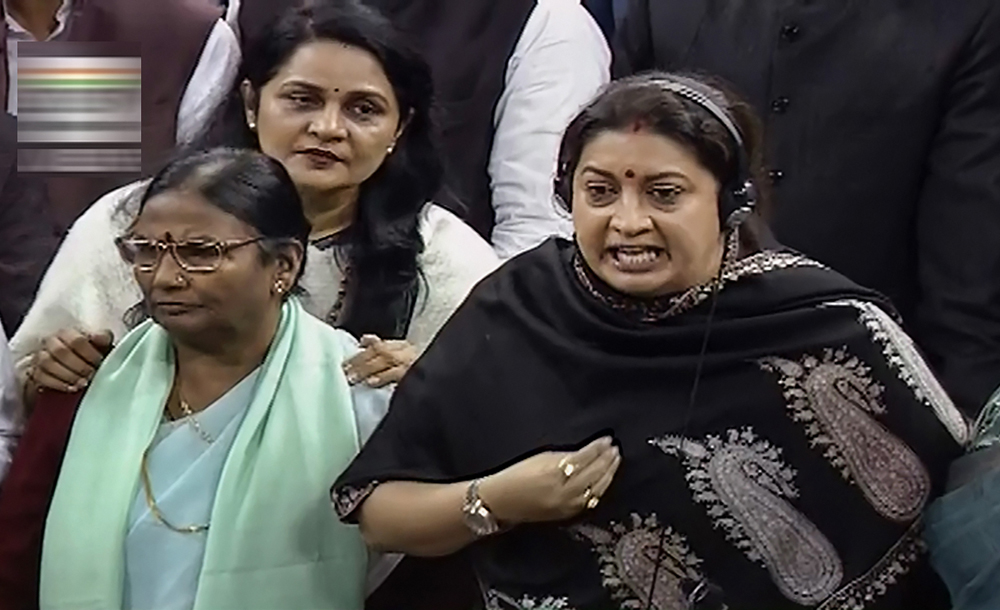 Addressing an election rally in Jharkhand, the Congress’s Rahul Gandhi said what he did — about Narendra Modi having promised Make in India, but “rape in India” being the more rampant thing. Reacting to this, the BJP’s Smriti Irani stood up in Parliament, frowned, wiggled a finger and in chaste Hindi registered a protest against what she called Gandhi's “clarion call” for the rape of all women in India. Thereafter began a clamour demanding Gandhi’s apology, which he has since steadfastly refused to proffer.

In 1712 an English linen merchant's son by the name of Alexander Pope wrote a mock-heroic poem titled The Rape Of The Lock. Rape derives from the Latin rapere, meaning to snatch, to grab, to carry off. Pope’s piece was based on an actual incident wherein two families clashed after a Lord Petre snipped of a lock of hair from the head of an Arabella Fermor. Pope took the actual incident and told it through epic tropes. Of course, the writing had its own context — high society of a certain time, a certain set of values, acceptable gendered behaviour. But despite all that, separated by time and geography and culture, still admiring the genius of rhyme, metre, imagery and wit, one cannot help but wince at the light made of the need for consent. And, the play on the word 'rape'.

What do you say?

Rape in India didn’t start with Nirbhaya — this December 16 will mark seven years since that demonic night. Sadly, it won’t end with Unnao. In between, there remain Hyderabad, Baghpat, Kathua and countless unreported others. Rape is, numbers notwithstanding, political party at the helm notwithstanding, geography notwithstanding, every single time a most heinous and painful breach. Two consonants and two vowels it might be made up of, and phoneticians might call it a tap — an alveolar tap — but rape is one heavy word. And it is sharp too. Listen carefully to the 'r' sound and you will hear a rent. Listen to the 'p' sound and it seems to clamp the breath. If the word were a knife, Gandhi wouldn’t carry it to a poll rally. And Irani would be apprehended for bandying it around in Parliament as she did. What about Pope, did you say? We’ll let departed contexts lie.