Advertisement
Home / Opinion / Precious text: Editorial on the potency of the Constitution

Precious text: Editorial on the potency of the Constitution 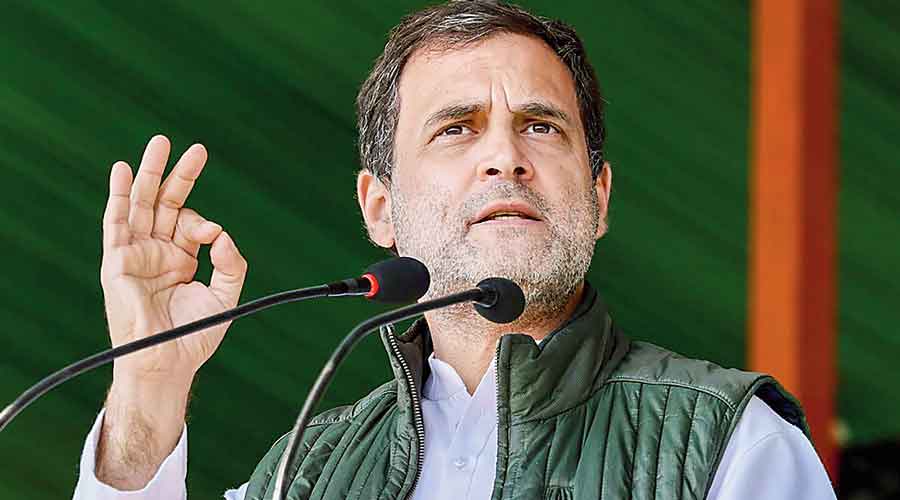 The Constitution, Rahul Gandhi pointed out recently while speaking at a book launch, should ideally be a “weapon” in the hands of the citizens of India. But — Mr Gandhi would agree — the potency of this weapon seems to have been blunted in the last few years. The Congress leader echoed the growing concern regarding the erosion of constitutional values in a nation that prides itself in being one of the world’s largest constitutional democracies. The orchestrated violence against India’s minorities — Muslims, Dalits, Christians, adivasis — and the subsequent strain on India’s social fabric are perhaps the most telling testaments to the enfeeblement of the spirit of the Constitution.

Mr Gandhi’s argument can be taken forward further to make an additional point. There is a general perception that the principal manifestation of a constitutional crisis is the annulment of the Constitution itself. This need not be the only way of undermining a nation’s compact with the sacred document. Neutering the efficacy of key institutions — the vanguard of the Constitution — Mr Gandhi did refer to this threat, is often a surer, if subtler, way of weakening the republic’s moorings to its founding vision. There can be no denying the fact that the signs of institutional capitulation to an aggressive executive are there for all to see. A shadow has fallen over the commitment of the media, the administration and, allegedly, the edifice of justice to some of the key constitutional principles on a number of occasions. Mr Gandhi is of the view that this slide can be arrested if the people take upon themselves the responsibility of fighting the proverbial good fight. Such a prescription is evasive. This crucial battle cannot be left to the people alone: it is a shared obligation. India’s Opposition must lead the charge to renew the people’s faith in and dedication to the guiding text of values and statutes. The Congress, which likes to project itself as the most important cog in the Opposition’s wheel, must reflect on the reasons behind the discernible public endorsement of the surge in majoritarianism in a pluralist India. Its own political future depends on its ability to stop this regression. A renewal of the public charter in support of the Constitution would be the best way to ensure the longevity of India’s constitutional framework as well as its oldest party.