Advertisement
Home / Opinion / On the move: Editorial on changing dynamics of migration in India

On the move: Editorial on changing dynamics of migration in India 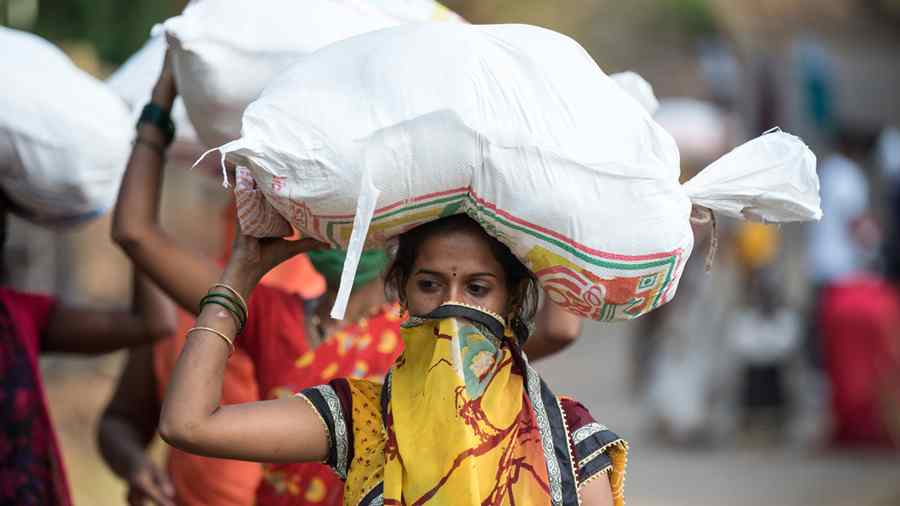 Migration is linked to the uneven economic opportunities offered by states: Maharashtra, Kerala and Tamil Nadu, therefore, remain the destination of workers from poorer states.
File photo
The Editorial Board   |   Published 21.06.22, 03:32 AM

One of the most common and enduring ideas concerning migration is that migrants move from one state to another to avail better employment opportunities. However, data from the latest Periodic Labour Force Survey have challenged this fundamental assumption: almost 88 per cent of migrants, the PLF says, moved within the same state, while only about 11.8 per cent moved to another state in 2020-21. Migration to India from another country was reported to be less than one per cent. Significantly, these figures have remained relatively unchanged in the last decade. In 2011, there were around 39.6 crore intra-state migrants; the correspondent figure for inter-state migrants was about 5.4 crore. Research has attributed the fall in inter-state migration to a number of factors — difficulty in accessing entitlements like the public distribution system and preferential norms as well as domicile requirements in some states for government jobs. The PLS data can be used to draw some other references. Migration is linked to the uneven economic opportunities offered by states: Maharashtra, Kerala and Tamil Nadu, therefore, remain the destination of workers from poorer states. It is logical to surmise that these movements will continue as long as there are disparities in economic growth among states. Policy loopholes must be addressed accordingly. For instance, the Code on Occupational Safety, Health and Working Conditions, 2020 does not address the needs of intra-state migrants, thereby leaving them out of the scope of their protection. This should be rectified.

As suggested by the PLF data, some aspects of migration are changing. Take, for instance, the rise in migration within states, which exposes uneven development among metropolises and their hinterlands within a state. The imperative for state governments would be to even out the template of development and generate greater local employment. The poorly-planned and executed lockdown in March 2020, which brought unimaginable sufferings to India’s labourers, especially those in the informal economy, also brought about a shift: people remain sceptical about outstation employment. Further transitions within India’s migration patterns cannot be ruled out. This is because the deepening impacts of climate change are expected to cause severe displacement in the years to come. Policy must be ready to accommodate and secure the lives of climate migrants in a country whose laws are yet to accord legal protection to climate refugees.