No limits on Lewis Hamilton

He is only the second F1 racer after Michael Schumacher, to win six F1 World Championship titles 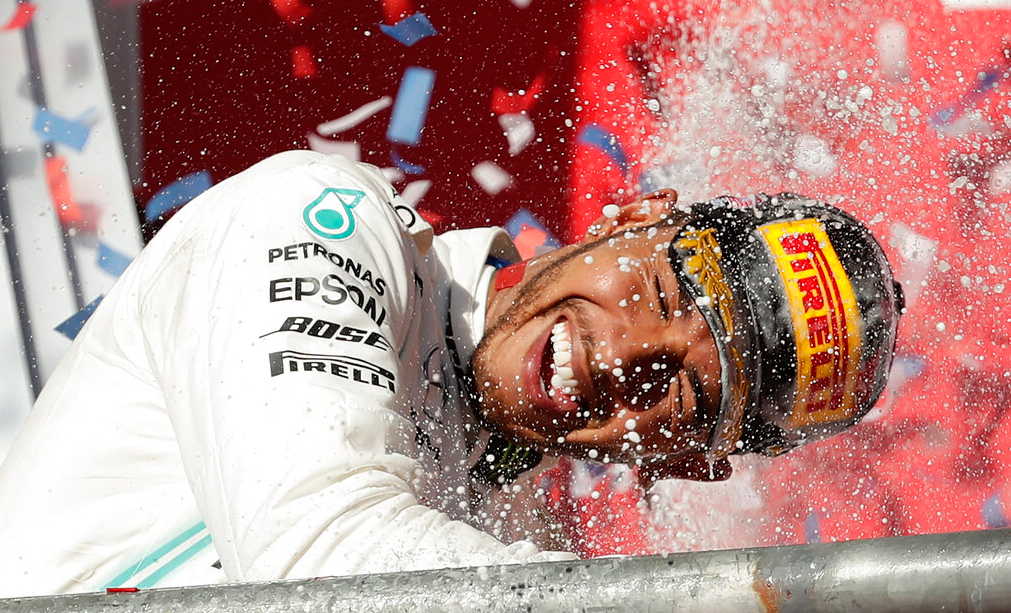 Mercedes driver Lewis Hamilton, of Britain, celebrates following the Formula One US Grand Prix auto race at the Circuit of the Americas, Sunday, November 3, 2019, in Austin, Texas.
(AP)
The Telegraph   |   Published 10.11.19, 09:35 PM

Sir — The legendary Formula One racer, Lewis Hamilton, should be lauded for securing his sixth World Championship title. He won his first title 11 years ago. With the latest victory, he has become only the second F1 racer after another legend of this sport, Michael Schumacher, to win six F1 World Championship titles (Schumacher has won seven). If Hamilton continues in this vein, there is no limit to the heights he might reach.

Sir — The violent clash that broke out between the Delhi Police and lawyers inside the Tis Hazari court complex was allegedly sparked by a simple parking dispute. It has painted a rather poor picture of our legal and security systems. A woman police officer in uniform was also allegedly assaulted in the clash. Moreover, video footage reportedly revealed that lawyers were trying to set fire to vehicles outside a room in which a number of policemen had locked themselves in to escape a mob of lawyers.

Grievances have often been aired against those tasked with fighting legal cases on behalf of citizens, claiming that they deliberately extend disputes in the courts for years on end in order to keep gaining monetarily from the litigants. Moreover, just blaming ministers or the government for the unruly behaviour that was on display recently will not solve the matter. Only strict disciplinary action can be of help.

If a member of the police force is assaulted in a public place by a lawyer, the matter becomes very serious. Are the police not trained to tackle such acts of violence effectively? The training that the police force undergoes must be scrutinized. The culprits who assaulted police officers must be investigated. The police commissioner must initiate an inquiry to ascertain the cause and find a remedy for such incidents so that they can be prevented in future.

Sir — The Delhi Police, who staged an unprecedented, 11-hour-long protest outside the police headquarters after two of their colleagues were attacked by lawyers, must be lauded. It is high time lawyers realized that they, like all other citizens, are not above the law. Their behaviour was condemnable, and the culprits should be taken to task.

Sir — It is shameful that the very people who are supposed to uphold the law are the ones who indulge in violence. How are ordinary citizens to place their trust in them? The culprits involved in assaulting police officers in the Tis Hazari court clashes must be penalized.