Advertisement
Home / Opinion / The government has made journalism impossible in Kashmir 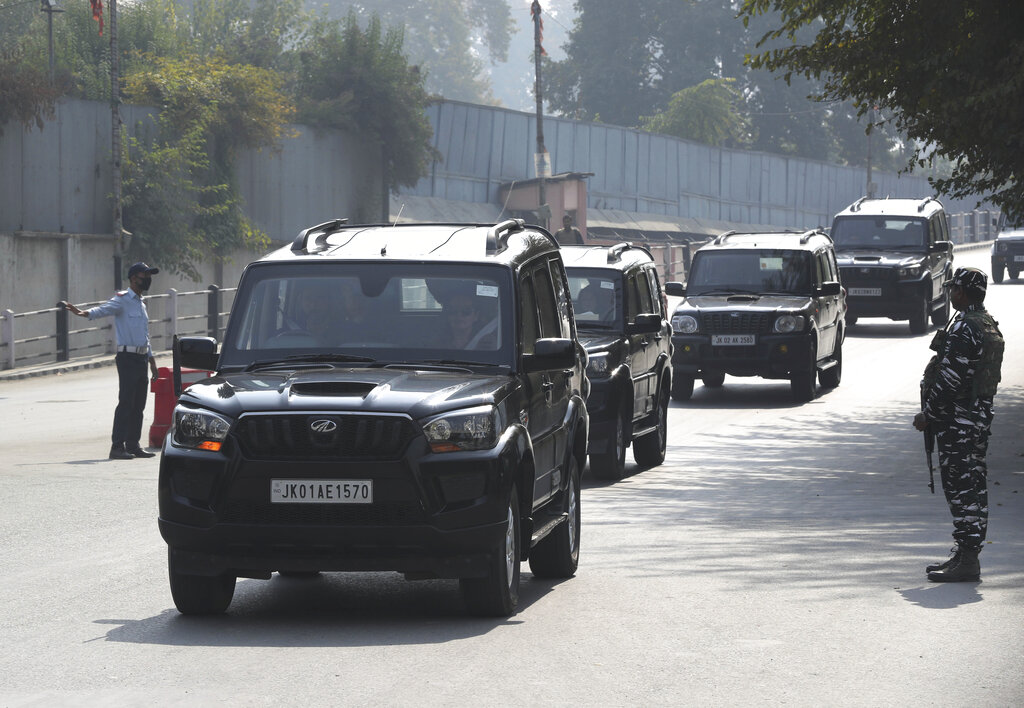 A paramilitary soldier stands guard as the convoy of members of European Parliament pass in Srinagar on Tuesday, October 29, 2019. Internet access is globally recognized as a basic human right, but in Kashmir the denial of that right is not a new thing - there have been 180 shutdowns since 2012
AP Photo
Majid Maqbool   |   Published 04.11.19, 03:05 AM

The siege imposed by the government since August 5 – the day when the BJP-led government revoked Article 370 and subsequently completely shut down communications in the valley – also brought journalism to a halt in Kashmir. The communications shutdown did not spare mobile phones and broadband, ensuring that journalists in Kashmir could not function at all. Access and press cards became meaningless. Journalists could not even contact each other, leave alone contacting government officials or other sources.

Public service journalism, as we understand it, became impossible. Only the government version of events came to be propagated by news channels in New Delhi. The Twitter handles of a few government departments and police officials also went into overdrive, making uncontested claims like ‘normalcy returns’ amid the continuing information blackout imposed in the valley. The truth was elsewhere: among the besieged people rendered incommunicado for months. The truth still remains unsaid, suppressed, and under siege. But it has a habit of coming out in the end, making its own space.

Fearing reprisals from government agencies, the local press wilted under pressure, imaginary or real, and toed the government line. It repeatedly published what the administration said and claimed. What was left unreported spoke louder than what got covered. Official press releases, published uncritically by local newspapers, were passed off as news reports.

March in Valley against ‘mouthpiece’ tactics

India's media are being systematically subdued into silence

What the administration did, or claimed to have done, to bring ‘normalcy’, got more space in the papers. How the siege affected the lives of seven million people in the valley, and what people thought about it, was missing from even the inside pages of newspapers. There were no stories in the local papers about millions of people who were denied access to critical health care, unable to even call an ambulance, due to the communications shutdown. Instead of holding the government accountable, the local press helped amplify its claims, normalizing the siege.

What was thoroughly and consistently reported by the international press – the aftermath of communications shutdown, the health care crisis, cases of torture, detention of hundreds of young people – was missing from the local press. Editorials and opinion pieces on the prevailing situation in the Valley were also missing. Regular columnists were either denied space or stayed silent to avoid trouble. Instead, opinion pieces published since August 5 in all the prominent Kashmir dailies covered everything under the sun – climate change, Kafka, Edward Said, Joseph Conrad’s Heart of Darkness, even Botox therapy – but not the humanitarian crisis in the valley.

The independent journalists who remained in Kashmir managed to send out occasional reports despite the communications shutdown. Some sent their stories in pen drives to Delhi and elsewhere, in the initial weeks of the lockdown. However, they too were ultimately forced to rely on a makeshift, overcrowded ‘media facilitation centre’ set up by the government days after August 5 where they could get limited internet access. The journalists had no option but to rely on the centre, despite the increased surveillance and possibly compromised privacy.

The alternative was to move out of the state – drastic as that seems – just to use the internet and email. The idea of the media centre was best described by a placard held by a young Kashmiri journalist in Srinagar’s press club last month, during a protest march against press censorship and communications shutdown jointly organized by 11 local journalists' groups: 'Release us from sub-jail called ‘Media Facilitation Centre’'.

The United Nations has declared internet access a human right, but in Kashmir the denial of that right is not a new thing. In the eight years since 2012, a total of 180 internet blockades have been imposed by the government authorities in Jammu and Kashmir. This year alone, there have been 55 internet shutdowns, according to `internetshutdowns.in`, which tracks internet outages across India.

As I write this, it is three months since the lockdown began. Journalists in Kashmir continue to be deprived of internet access, something they have even in war zones. Kashmir’s only press club also has no internet since August 5, despite multiple representations by journalists to the  administration.

We are forced to make daily rounds of a government-established centre just to check and send emails, and do simple Google news searches. Journalism in Kashmir has essentially been reduced to subservience to a government department-enabled internet connection – the only one in the entire valley, where a journalist can get a few minutes of access. The government's control over the flow of information has made journalism  nearly impossible in Kashmir, and is a humiliation of Kashmiri journalists.

The government directly controls the only switch that turns on the internet for hundreds of journalists in Kashmir. You never know when they will pull the plug.