Lowering corporate tax rate is good but not enough

While the corporate tax cuts are a long-term positive, this does not dismiss the case for near-term consumption support 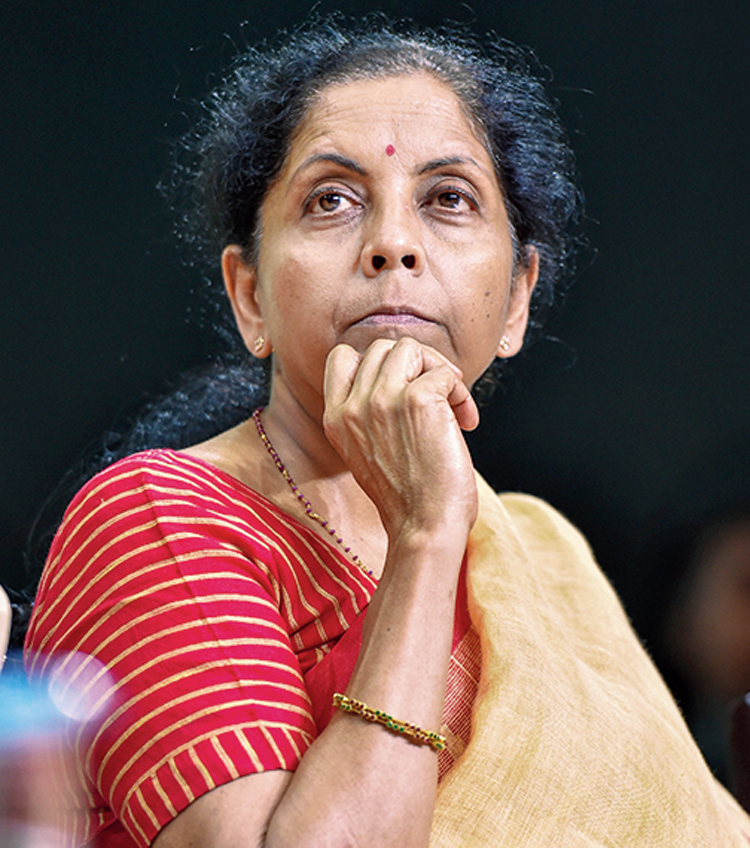 Finance Minister Nirmala Sitharaman has expressed confidence in consumption response to credit-supply enhancement and banks have reportedly confirmed this demand. But the risks courted by this strategy may far outweigh the perceived gains
PTI
Renu Kohli   |   Published 30.09.19, 07:14 PM

The government relented on fiscal discipline to steeply reduce corporate taxes on September 20; the lowest is now 17 per cent for new manufacturing units. The stock market soared, seeing earnings grow after successive downgrades for nearly nine years — about the same time as the investment shortfall that lower taxes intend to reverse. Sentiments have lifted and the expected positive impact upon medium-term growth has tempered pessimism; investors had begun to speculate if India would grow at 5-6 per cent henceforth. Lower corporate taxes have been largely welcomed. However, many argue fiscal support should have targeted the consumption shortfall: if buyers’ incomes and spending are depressed, this will constrain investment demand; therefore, lowering income taxes might have been the better policy choice.

These arguments are not invalid. It is true that business tax incentives will take time to reflect in higher investment and growth, require complementary changes, and are not independent of demand conditions, within or outside. Nonetheless, these are in the right direction and, indeed, should have come a few years ago, around 2015-16, so as to exploit the oil-revenues’ windfall and enable firms to pick up the Chinese manufacturing slack. There is equal uncertainty about the time in which growth effects would become visible. Looking back, P. Chidambaram’s ‘dream’ budget had lowered corporate tax rates from 40 per cent to 35 per cent in 1997-98. But an enduring upturn in fixed assets creation followed after five years — 2003-04 onwards — with the resumption of the global growth cycle, which Indian firms could ably exploit. So despite uncertainty and heightened world competition, the corporate tax cuts are a long-term positive.

This does not dismiss the case for near-term consumption support though. Before September 20, fiscal prudence had eclipsed the scope or space for counter cyclical demand support measures. But now, with actual cost of business tax cuts turning out approximately 0.2 per cent of GDP and not 0.7 per cent as per the announcement, the case for reducing personal income and/or indirect taxes is strengthened. This can be supplemented with restructuring public expenditure to create room and limit breach of fiscal rules.

The peak personal income tax rate is 30 per cent since the same ‘dream’ budget sharply lowered it from 40 per cent in 1997-98. But additional burdens of surcharges and cesses have increased direct tax incidence thereafter. In the last few years, indirect tax burden upon individuals has increased too — service tax rates were successively raised ahead of the alignment to a common GST rate by 2017. In fact, net indirect taxes (taxes on products less subsidies) accelerated 1.4 times real GDP growth from 2016-17. Per capita or individual income growth plunged sharply to 5.8 per cent in 2017-18 from 6.8 per cent in 2016-17, and to 5.5 per cent last year. There’s little doubt the Indian consumer was left with less disposable income. While we know the aggregate demand curve shifted down, the role of increasing tax burden upon consumer spending is less noticed.

The government’s plan to restore consumer demand is credit-based, resting heavily upon public sector banks. On September 20, it also announced shamiana loans — lending camps under tents by banks and non-banking financial companies in 400 districts to boost festival demand. NBFCs, whose lending is at a standstill and the purported reason for collapsed vehicle sales and retail loans, will leverage their outreach to banks that must target five borrowers for every existing borrower. Banks have been told to scale up lending, extend all types of loans, including loans for housing and vehicles. Private banks have to join in too. The first phase of such loan outreach begins in 250 districts from October 3-7, followed by another around Diwali as per reports.

Before this, the Reserve Bank of India lowered risk weights — the amount of capital banks must set aside for each loan as per risk assessment — for consumer loans from 125 per cent to 100 per cent; increased a bank’s exposure limit to a single NBFC to 20 per cent of eligible capital; and directed banks to benchmark all new loans for housing, vehicles and personal consumption (as also to micro and small enterprises) to an external reference rate from October 1 to make them cheaper. Reports indicate that regulations could be further relaxed to boost credit supply — deposit-taking NBFCs and banks could co-originate loans to segments other than priority sectors, all housing projects could access overseas commercial borrowings instead of only low-cost, affordable ones, amongst other steps.

This financial architecture to bolster consumption is risky and dangerous for more than one reason. The impact is doubtful. Household balance sheets are stretched: aggregate financial liabilities of households rose sharply to 14.2 per cent of gross savings in 2017-18 from 10.1 per cent in 2016-17 that itself represented a one percentage point annual increase. This rise in leverage was fuelled by fast-paced lending by NBFCs, contracted at high real interest rates but falling income growth. Such a backdrop does not portend meaningful resumption of a fresh borrowing cycle, especially when income expectations of consumers have declined. Compelling banks to extend loans in this environment will only attract the wrong or sub-prime borrower.

On lenders’ side, the risks of fresh NPA creation and exacerbating the past NPA overhang are high. Additional stress of fresh slippages in agriculture, MSMEs and retail loans has built up in the past six months; regulatory reprieve for MSME loans means many stressed loans remain unrecognized. There is the inherent danger of a further weakening of banks when some are still being brought under prompt corrective action, such as the Lakshmi Vilas Bank four days ago. It endangers financial stability in a context of regular fresh defaults, particularly with real estate exposures such as Altico (an NBFC) and the Punjab and Maharashtra Cooperative Bank.

The finance minister has expressed confidence in consumption response to credit-supply enhancement and banks have reportedly confirmed this demand. But the risks courted by this strategy may far outweigh the perceived gains, extracting higher fiscal and other costs further down the line — for instance, further recapitalization and market uncertainty about actual versus disclosed strength of lending entities. Let us not forget that in 2015, forced disclosure through stringent asset quality review was the only path for authorities to eliminate rising market doubts about the real state of bad debts in public sector banks.

Instead of this risky plan, the government should structurally reform its revenue expenditure and create fiscal space. It should switch expenditure by cutting distortionary food, fuel, and/or fertilizer subsidies and reorient freed resources to ease tax burden of consumers. For example, staggered food subsidy cuts through one or a combination of three possible actions — reduce the number of beneficiaries, reduce quantities supplied (rice and wheat) under the food security programme, and/or hike the issue/subsidized prices. This is a better, less risky policy option that will also be more effective in combating the severe demand depression than carefree consumer loans. It will deliver more bangs for those corporate tax cuts.