Letters to the Editor: Tokyo cafe that discourages procrastination

Readers write in from Calcutta, Maruthancode, Kannur, Nainital and Nadia 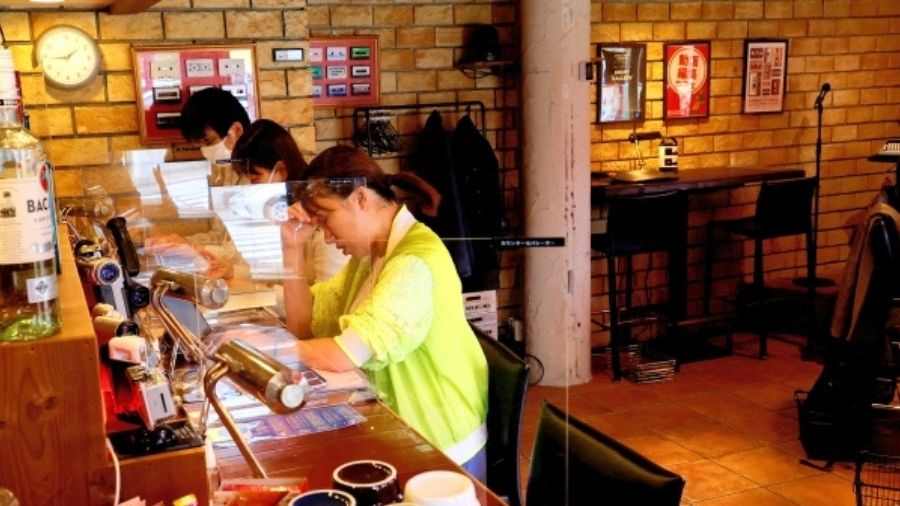 With unlimited refills of tea and coffee, high-speed WiFi, and uncomfortable chairs that will discourage slouching, the Manuscript Writing Cafe is committed to making sure that writers stick to their targets.
Sourced by The Telegraph
The Editorial Board   |   Published 05.05.22, 03:04 AM

Sir — While most of us procrastinate every now and then, with writers it is a particularly common occupational hazard. Churning out remarkable manuscripts on a strict deadline can be daunting. However, a cafe in Tokyo has come up with an antidote to this dilemma. With unlimited refills of tea and coffee, high-speed WiFi, and uncomfortable chairs that will discourage slouching, the Manuscript Writing Cafe is committed to making sure that writers stick to their targets. But such supervision does not come cheap — the cafe charges customers on an hourly basis. There are a few effective ways of dealing with procrastination by oneself. Overcoming the pressure of perfectionism could be the first step.

Sir — While addressing the 11th joint conference of chief ministers and high court chief justices, the Chief Justice of India, N.V. Ramana, brought up several issues plaguing the Indian judiciary. He said that the Union and the state governments are primarily responsible for the backlog of four crore court cases in the country (“CJI flags ‘illegal’ arrests, cop bias”, May 1). Malpractices such as biased investigations by the police, illegal arrests, and custodial torture have become rampant. The government is the litigant in a large number of pending cases. The indiscriminate use of public interest litigations and ambiguities in legislations have burdened the judiciary even further. The prime minister, Narendra Modi, has pitched for the speedy release of about 3.5 lakh undertrial prisoners. Immediate remedial actions and reforms are needed to improve the condition of the judiciary.

Sir — The CJI’s concerns about ‘illegal arrests’ came at a time when an Assam sessions court, while granting bail to the member of the legislative assembly from Gujarat, Jignesh Mevani, ruled that the case of sexual harassment against him was ‘manufactured’. Such cases inevitably increase the workload of the courts (“Shed the load”, May 3). The differences between the Centre and the Supreme Court collegium regarding the appointments of judges have also slowed down the judiciary. In the end, it is the common people who suffer the most. The CJI has proposed the establishment of the National Judicial Infrastructure Corporation that will monitor the creation and the maintenance of judicial infrastructure at both the national and the state levels. The executive and the judiciary must work together to plug the gaps.

Sir —  It is unfortunate that activists from the Vishwa Hindu Parishad and the Bajrang Dal protested against a notice from the railway department in Agra to shift a temple from a platform. They demanded that the tracks should be relocated instead (“Temple will stay, move tracks: Sangh”, April 30 ). The railway authorities have maintained that the temple was built on encroached land and has endangered passengers. Thus, removing the temple is the only solution. However, the demonstrators are adamant and have threatened mass suicide if the temple is removed. Such demands are not only irrational but also difficult to implement. One hopes that better sense prevails and the conflict is resolved at the earliest.

Sir — It was heartbreaking to learn about the death of the legendary comic book artist, Neal Adams. He was involved in the creation of the Green Lantern, X-Men and the Avengers. Adams started his career with Archie Comics and then worked with both Detective Comics and Marvel Comics. However, the most significant among his creations was his reimagination of the popular vigilante, Batman. He also revived some of Batman’s iconic foes like the Joker and Two-Face.   Adams fought for artists’ rights too, forcing industry giants to start returning original artworks to the artists. His contributions will always be remembered.

Sir — The European Union has unveiled an ambitious plan to prohibit the use of up to 12,000 potentially harmful substances. Scientists have warned that chemical pollution has reached alarming levels and might soon break down global ecosystems. The EU’s restrictive roadmap is, therefore, the first step towards ensuring detoxification by outlawing substances that are linked to diseases, such as cancer, diabetes, hormonal disruption and others. A whole range of chemical substances — like PVC plastics, bisphenols, flame retardants and so on — would be prohibited. More than 190 million synthetic chemicals are registered globally and a new industrial chemical is created every 1.4 seconds on average. The EU has shown the way. The rest of the world must follow suit.

Sir — People living in Malda, known as the mango capital of West Bengal, are now forced to buy South Indian varieties of the fruit from the local markets at almost double to six times of the usual prices (“Southern mangoes in Malda’s shopping bag”, May 2). The reason behind the dearth of the summer fruit is that unfavourable weather conditions and lack of rainfall have delayed the harvest. Hopefully, Malda mangoes will be available at local markets soon.  Sourish Misra, Calcutta  Sir — The exorbitant prices of mangoes in local markets have made it impossible for people to enjoy this much-loved summer treat. This is disheartening.  Roshni Sengupta, Calcutta