Advertisement
Home / Opinion / Letters to the Editor: Kangaroos in Bengal a result of human trafficking?

Letters to the Editor: Kangaroos in Bengal a result of human trafficking?

Readers write in from Calcutta, Chennai, Navi Mumbai and Kozhikode 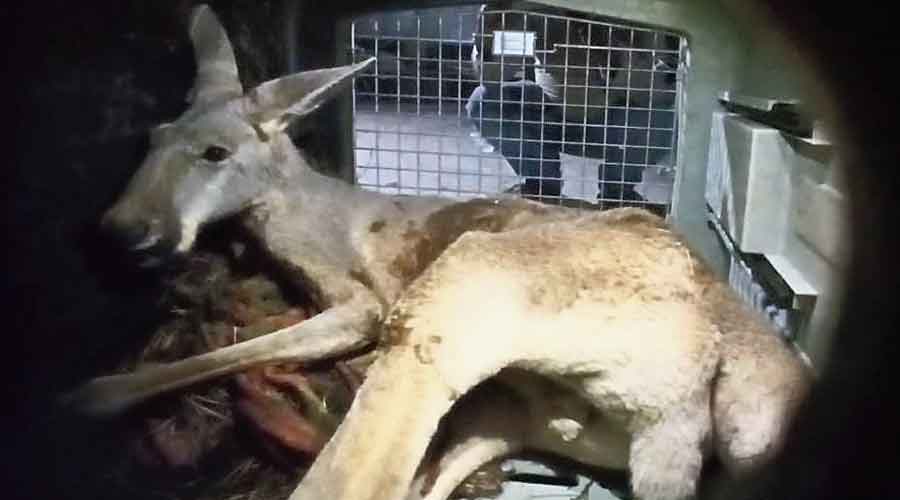 Not only do exotic animals suffer in unfamiliar environments, but they could also pose a danger to the local ecosystem.
Representational picture
The Editorial Board   |   Published 07.05.22, 02:28 AM

Sir — India may have many rare species of animals but the kangaroo is not one of them. Officials recently found a few kangaroos in the forests of Jalpaiguri, West Bengal. This points to the possibility of animal trafficking. Not only do exotic animals suffer in unfamiliar environments, but they could also pose a danger to the local ecosystem. Smuggling helpless animals — they are either trafficked as pets or their body parts are sold for commercial use — is atrocious. Such practices must be curbed immediately. Smugglers and customers are equally culpable and should be punished stringently.

Sir — India’s ranking on the World Press Freedom Index of 2022 has slipped from 142 in 2021 to 150 among 180 countries (“Well done, Modi! Godi rank: 150”, May 4). The sharp fall in ranking is concerning. The fourth estate is responsible for conveying the political realities of the nation to the common people. It must remain independent and powerful. It is a shame that in India, which is considered to be the largest democracy in the world, the media have been intimidated and muzzled. Only those media companies that report favourably on the government are allowed to function freely.   The violence against journalists — one of the key reasons for the fall in ranking — must be stopped if democracy and freedom of expression are to survive. It is high time that all political parties pondered the reasons behind this drop. Journalists must be accorded freedom and dignity.

Sir — It must have been disappointing for the prime minister, Narendra Modi, to learn that India has slipped to the 150th position on the World Press Freedom Index. The list, prepared by the Paris-based organization, Reporters Without Borders, was released while the prime minister was on an official trip to Europe. Perhaps it is time that Modi shifted his focus from international affairs — he recently appealed for an immediate ceasefire in Ukraine — to the burning issues that are plaguing India.

Sir — The retirement of seven Supreme Court judges in the next seven months will bring a host of challenges for the apex court. The Supreme Court is already working below its sanctioned strength. Additionally, there are about 70,362 cases pending in the apex court. The Centre and the Supreme Court should take immediate action to fill up the vacancies. Suparni Haldar, Calcutta  Sir — The dispensation of justice in a country is linked to the advancement of the economy. A crime-prone area adversely impacts both economic activities and the functioning of society. India has about 21 judges per million people. This has put immense pressure on the judiciary.

Sir — A few days ago, a heated exchange of words took place on social media between the Kannada actor, Kiccha Sudeep, and the Bollywood actor, Ajay Devgn. Sudeep had tweeted that Hindi is no more a national language, perhaps alluding to the recent pan-Indian success of many South Indian films. Devgn then tweeted back that Hindi will always be the national language. While Sudeep could have refrained from directly minimizing the importance of Hindi, the response of Devgn betrays a feudal mindset. Hindi is the most widely-spoken language in India. However, the Constitution considers Hindi as an official language alongside English. Repeated calls to regard Hindi as the national language could be dangerous for the unity of the nation.