Advertisement
Home / Opinion / Bleak future: what awaits children who may never go back to school

Bleak future: what awaits children who may never go back to school

Readers' Speak: It is unlikely for a child to return to educational institutions once they enter the labour force, thus perpetuating a vicious cycle of poverty and exploitation 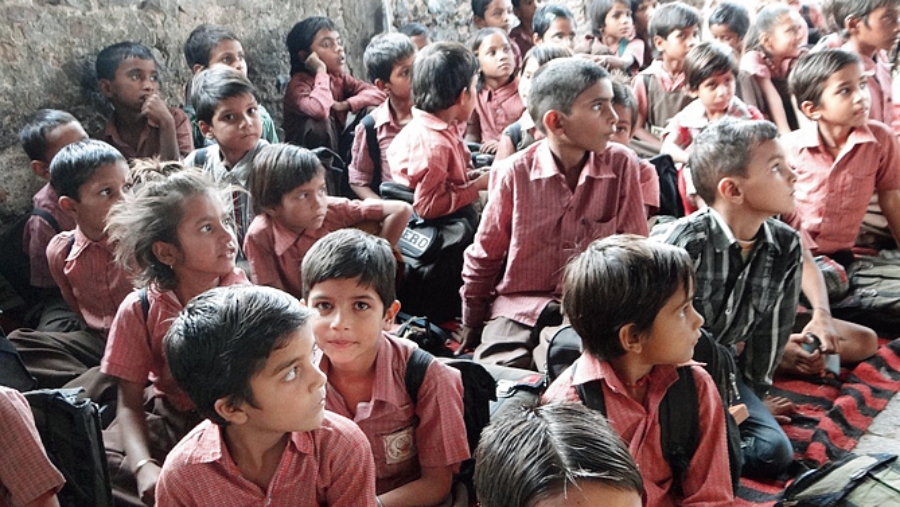 Education will soon become accessible only to the affluent unless the deficiency in funding is corrected and governments ensure that under-privileged children resume their studies
Pixabay
The Telegraph   |     |   Published 16.07.20, 12:53 AM

Sir — A new report by Save the Children has concluded that nearly 10 million children might never go back to school because of budget cuts in education and rising poverty caused by the pandemic. The economic fallout could drive them towards child labour, with girls facing greater gender-based violence. It is unlikely for a child to return to school once they enter the labour force, thus perpetuating a vicious cycle of poverty and exploitation. Education will soon become accessible only to the affluent unless the deficiency in funding is corrected and governments ensure that under-privileged children resume their studies as soon as the situation permits.

Sir — After the authorities in the United States of America extended the moratorium on issuing the H-1B visa till the end of the year, a government agency announced in a policy that has since been abandoned that all international students would have to leave the country if their universities switch to online classes because of the pandemic (“Trump abandons student visa plan”, July 15). Had this measure been implemented, the financial repercussions on the universities — a substantial amount of revenue comes from tuition fees — would have been devastating. Immigrants have historically strengthened the economic standing of the US rather than causing a financial strain. Thus, deporting them or halting their entry into the country will hinder the economic recovery of the nation instead of boosting it.

The rapid spread of Covid-19 in the US makes it impossible for universities to open their campuses, as this would endanger students and teachers, which might lead to a further spike in the number of positive cases. If foreign students are compelled to go home, it might be financially difficult for them to return to the US at a later stage. Further, if these students were to return to their home countries, in many of which the extent of the devastation caused by the pandemic is marginally lower, would they not pose a threat to public health there?

Sir — As we were reeling from the news that eight lakh Indians might end up losing their jobs in Kuwait — the Gulf country is in the process of drafting a new law that seeks to limit the number of expatriates in a bid to address the economic slowdown caused by the coronavirus — the US Immigration and Customs Enforcement announced that foreign students might have to leave the country if their universities decide to conduct all classes online and they do not transfer to an institute that has in-person classes. The ICE has regularly been accused of arbitrary and discriminatory practices against immigrants and citizens of colour in the US.

The government has since rescinded the plan. But had it been implemented, it would have caused a massive blow not only to many Indian graduate and postgraduate students in the US but also to the American economy. Foreign students contributed $44.7 billion to the US economy in 2018.

Students all over the world are facing unprecedented strain and uncertainty. At such a time, announcements like the one made by the ICE only add to their anxiety and troubles. One hopes that further measures to limit the entry of international students into the US are not undertaken in the future.

Sir — It was good to hear that the US government has dropped its plans to deport international students whose courses are being completely taught online because of the coronavirus pandemic. This announcement comes one week after the administration floated the possibility of deporting holders of student visas who do not transfer to institutes that have in-person instruction.

After the ICE’s announcement, the Massachusetts Institute of Technology and Harvard University had sued the government. As all parties involved reached a settlement, it was decided that an earlier policy implemented in March that allows international students to remain legally in the country but attend classes virtually, has been reinstated.

This comes as a relief to thousands of foreign students who had invested substantially in pursuing their degrees in the US. For many, studying in America is a lifelong dream and the optional practical training program, which allows international students to work in the country for a period of time after graduation, is a major draw.

Considering the state of the US economy, it is unlikely that many will find a job once they graduate. If they are also robbed of the experience of living in the US, students from other countries might entirely opt out of seeking higher education in America.