Glimpses of the new world order: a gladiator arena for multinationals 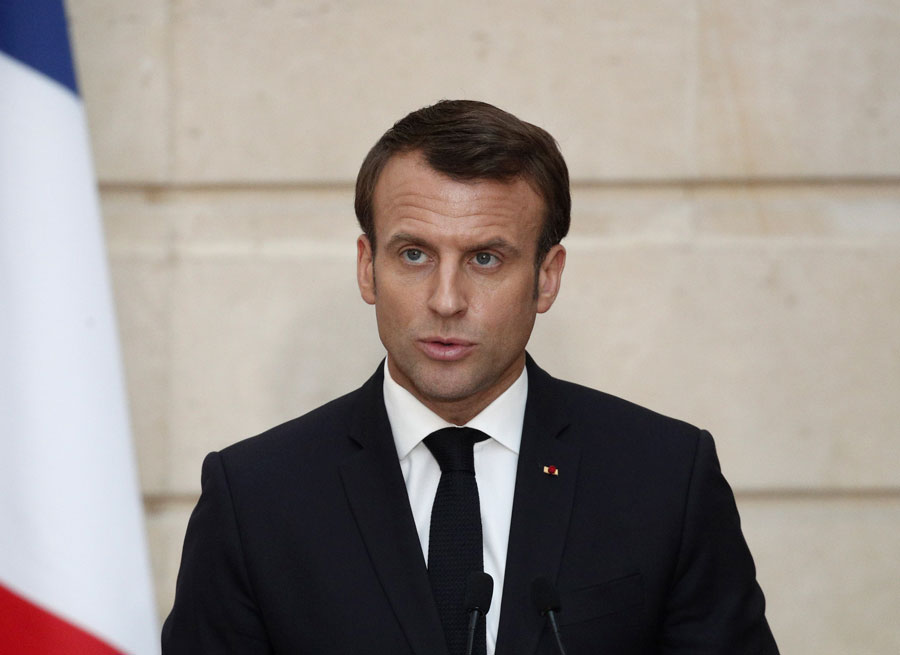 French president Emmanuel Macron and his ilk do not view themselves as leaders of nations, but rather as members of a privileged fraternity, swearing allegiance to a world order that is the harbinger of indiscriminate cosmopolitanism
(AP)
Pitamber Kaushik   |     |   Published 05.04.19, 10:45 AM

The terms, ‘Left’ and ‘Right’ first came to be used in their modern sense in the wake of the French Revolution to refer to the seating arrangements of the members on either side of the main aisle in the House. Those who were in favour of total abolishment of the long-running socio-political paradigm sat on the left. Those who did not fully approve of the revolution and wished for the establishment of a new monarchy — the continuation of the old system in most part — sat on the right.

In 2017, progressives in France and abroad heaved a sigh of relief when the right-wing Marine Le Pen was resoundingly defeated by, what was deemed to be, the liberal-left candidate, Emmanuel Macron. Macron, a neoliberal, actively denounced the very existence of such subjective concepts as ‘French’ or ‘French culture’. But Macron’s objectivity and rationalism soon came to be revealed as merely a ruse for economic opportunism and ultra-capitalism. His indiscriminate advocacy for the free market, combined with alleged cronyism, has come to alienate each component of his voter base: skilled labour, workers, teachers, students and, finally, small and medium scale businessmen.

The political compass — Nolan Chart — is a diagram used to illustrate one’s ideological standing. Charting the major French presidential candidates on it would reveal that the top contenders consistently lie towards the right side of the economic axis. Unlike in the United States of America, where the Left was both socially and economically left, exemplified in its advocacy for affordable and accessible education and higher corporate taxation, the New Left is ‘liberal’ in its economics. However, this economic freedom is contaminated and invariably corrupted by cronyism and collusion among lobbyists, sponsors and beneficiaries. Hillary Clinton and Justin Trudeau are part of this emerging neoliberal ideology. Trudeau, Clinton and Macron are ‘globalists’, passive advocates for the lowering of tariff-protections.

In a world where even a ‘neutral’ body like the United Nations champions the cause of free market and equates liberalization and the lifting of tariffs with economic progress, it becomes less astounding when put in perspective to see that Narendra Modi and Emmanuel Macron — ultra-capitalists both — have been accorded the honour of Champions of the Earth, an environmental distinction.

Macron and his ilk do not view themselves as leaders of nations. Instead, they view themselves as members of a privileged fraternity, swearing allegiance to a world order that is the harbinger of indiscriminate cosmopolitanism. They aspire to erase all national distinctions — at least economically — and convert the world into a single economic entity: a global, unified economic combat arena where multinationals compete as gladiators.

In the absence of tariffs or regulations, giant corporations gobble up emerging, promising companies and start-ups.

Corporate favouritism, as exemplified by the case involving Uber, lobbying, the disregard for consumer prices, letting corporations have their way with universities, healthcare, public transport and even the provisions of basic amenities — these are some of the causes of ever-widening disparities. Perhaps the only lesson in liberalism that Macron needs to learn is that political objectivism isn’t a lack of empathy and materialism isn’t a lack of humanism.

Macron offers concessions and scales back focus on Europe