Liberal bigotry is as pernicious as illiberal fundamentalism 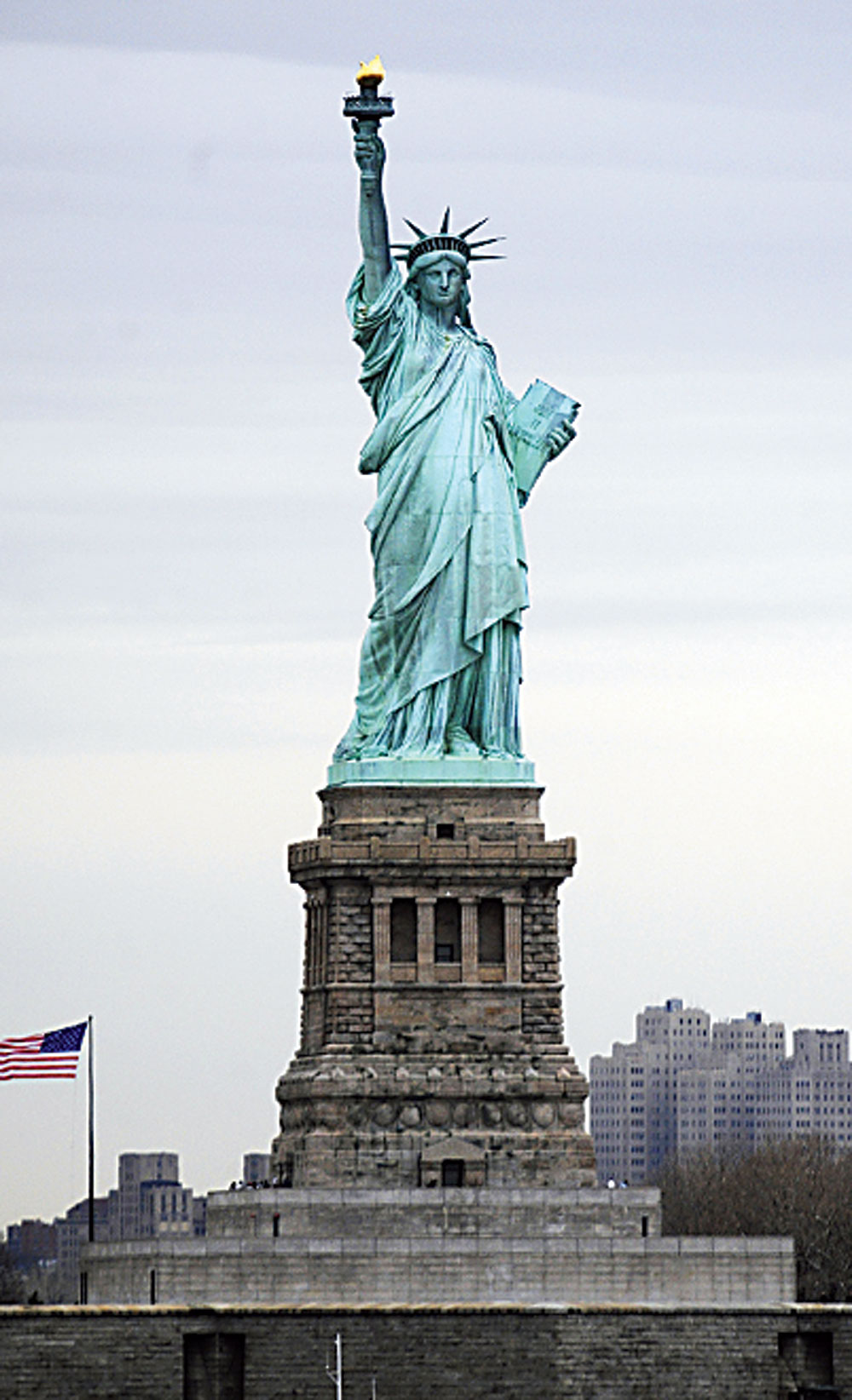 Liberal values of freedom of speech and dissent, tolerance and respect for institutions of democracy, are under attack around the world
Telegraph file picture
Krishnan Srinivasan   |   Published 12.11.18, 03:41 AM

Two noteworthy recent books, Rudrangshu Mukherjee’s Twilight Falls on Liberalism and David Runciman’s How Democracy Ends, predict a bleak future for democracy and liberalism. Mukherjee calls ours “the worst of times, perhaps”, believing the liberal values of freedom of speech and dissent, tolerance and respect for institutions of democracy, are under attack.

Mukherjee concedes that liberalism harboured contradictions; its premises were attacked from very beginning. Embedded in liberalism are liberty, equality and freedom from coercion; the autonomous rational individual’s right to life and property and the right to resist unjust authority. The role of government was to be minimal and its legitimacy based on consent and trust; mutual toleration and pluralism should prevail. Yet, the individual was threatened by the tyranny of the majority: in the tension between majority rights and individualism, liberalism was situated in conflict with democracy.

Mukherjee cites Nehru in India as an exemplar; “under him liberal values would come to be enshrined… curbing the freedom of individuals and restricting their rights never occurred to Nehru”, and socialism in the economic sphere was not viewed as being in conflict with liberal values. But liberalism is prone to transform when associated with power: it becomes ‘the first victim in a perceived crisis’. Mukherjee references India under Prime Minister Narendra Modi, the United States of America under President Donald Trump and post-Brexit United Kingdom as ominous portents for democracy and liberalism. He describes “the secular intelligentsia” as India’s “most endangered species”, and questions whether there is any adequate response other than ‘optimism of the will’ in the context of the slide towards authoritarianism. He appeals for “intellectual engagement” on this topic.

David Runciman contends in his engaging and incisive work that voters everywhere dislike and distrust their elected representatives more than ever before. Western democracy — the flagship model — has ceased to work and failed to deliver, and is headed for a long-drawn-out demise. It has become a “civil war without the fighting”, and had managed to prolong its career only through widening the franchise, empowerment of women, LGBT rights and so on. But it could come to a close as a result of nuclear war, climate change, the prevalence of evil like the Islamic State or the malign intrusion of Artificial Intelligence. Democracy cannot now avoid engaging with the machine, and politicians need to get control of internet corporate power such as Google and Facebook. He regards the three alternatives to liberal democracy as pragmatic authoritarianism, epistocracy and liberated technological transformation; the first two have advantages over present-day democracy in terms of rapid economic growth; the third is yet uncharted territory.

Both authors recognize several paradoxes inherent in liberalism. Emphasis on the individual could lead to anarchy, and the benefits of freedom and liberty reduced to the level of the individual could, in fact, reduce liberty. Not every democracy is liberal and not every liberal society is fully democratic. Many democracies are liberal in economic matters and illiberal when it comes to social issues. Even the sainted Nehru, despite his noble intentions, had his failings. The communists were banned in West Bengal and other parts of India and their elected government arbitrarily dismissed in Kerala during his tenure, as were 17 books during those years according to Wikipedia. The treatment of innocent Chinese in India after 1962 was nothing short of atrocious, comprising extra-judicial targeting, disenfranchisement, discrimination, assault, confiscation, homicide and arson. Arrest and internment en masse were perpetrated on the hapless community solely on the basis of ethnic origin regardless of intermarriage, mixed Indian ancestry and settlement history.

In the European Union, the ‘epitome’ of liberal democracy, Prime Ministers Viktor Orbán of Hungary, Giuseppe Conte in Italy and Mateusz Morawiecki of Poland have earned the ire of the EU for alleged arbitrary behaviour and challenging the dirigisme of Brussels. Other governments, such as Austria, openly oppose EU directives on the issue of migrants. Outside Europe, leaders like Narendra Modi in India, Recep Tayyip Erdogan of Turkey, Rodrigo Duterte of the Philippines, Jair Bolsonaro of Brazil and Trump of the US are pilloried as ‘populist’, although that appellation is amorphous and undefined and is applied to those who are legitimately elected — some on numerous occasions — but are disliked by the cohorts of the secular intelligentsia referred to by Mukherjee.

No one questions the legitimacy of the liberal democratic leadership in Germany and France. The German chancellor, Angela Merkel, won praise for her open-door immigrant policy and for standing up to Trump. But with her political party polling at a lowly 27 per cent nationally, the prospect of defeat in a future federal election has caused her to announce that she will stand down. This could have implications for the cohesion of the EU, a hybrid confederacy where political fragmentation and polarization have attained epidemic proportions. Open frontiers were never a liberal doctrine in the West, and Social Democrats are in retreat all over Europe.

In France, the shine has come off President Emmanuel Macron with unemployment rising towards 10 per cent and economic growth falling. His approval ratings are only 29 per cent. Incensed by the mounting campaigns for a ‘Europe of Nations’ free of Brussels’s collectivist disposition, Macron has unwisely picked fights with Orbán and Italy’s hard-right deputy prime minister, Matteo Salvini. But insistence on an arbitrary division between liberalism and illiberalism obscures the inconvenient truth that a range of alternatives exists between these ideological poles. Not since the 1930s has Europe’s political stability and democratic consensus been under greater stress. Britain has become a liability, preoccupied as it is with a mutually damaging Brexit process.

Liberalism and liberal democracy are multi-faceted and relatively modern political phenomena whose historical longevity cannot be taken for granted. Imperialism and the priorities of Empire were a travesty to universalist pretensions and the last century saw the outburst of violence, inequality, racism and single-party domination with little opposition other than moral outcry. Post-1990, there was an attempt at ‘universalization of Western liberal democracy as the final form of human government’ but the Western paragons of democracy, individual human rights and liberalism, in their desire to spread the gospel, trampled underfoot the sovereignty of states guaranteed under the United Nations in order to effect regime change in Iraq and Libya with catastrophic outcomes. The final act is still to be played out in Syria. The Enlightenment that promoted truth through reason and gave rise to liberal values inspired the Western urge to bring these values in an expeditionary manner to yet unenlightened parts of the world. But these impulses to build a utopia of equality, liberty and fraternity stopped short when it came to allies like those in the Arab Gulf where strategic partnerships are deemed more important than liberal values. Israel, touted as the sole liberal democracy in the Middle East, turns its sophisticated weapons on unarmed Palestinians, while a blind eye is turned on the Saudi/Emirates’s role in the world’s greatest humanitarian tragedy in Yemen. Since these two nations are major purchasers of armaments and long-suffering Houthis are not flooding into Europe as refugees, this unfolding disaster is ignored by Western governments and their compliant media to whom the assassination of the Saudi journalist, Jamal Khashoggi, has come as a timely distraction.

In India, politicians have entrenched themselves in extreme attitudes and lowered the rhetoric of personal vilification to unprecedented depths. No merit is ever seen in the actions of those of a different political persuasion. The partisan media also have much to answer for, in using terms that have no place in a people’s democracy, like ‘throne’, ‘crown’ and ‘ruler’ for election winners. The historian, Ramachandra Guha, has been prevented from assuming a professorial post at Ahmedabad University by bigoted right-wing Hindus and in the University of Virginia two visiting fellows were boycotted and forced to resign because they had briefly served in Trump’s White House. The moral is that liberal bigotry is in every way as pernicious as illiberal fundamentalism.

The author is a former foreign secretary of India