Ghosts in search of home: The Covid-19 migrant exodus 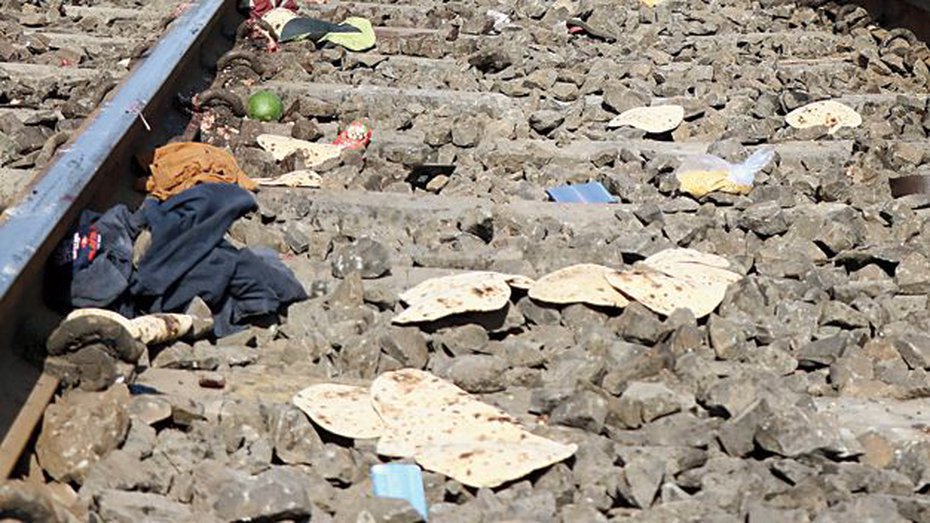 “Under capitalism,” writes Michael Denning, “the only thing worse than being exploited is not being exploited.” Wage labour has been so thoroughly normalized in modernity that we often forget its relative newness in history’s scheme of time. Wage as a phenomenon came with capitalism and thus, collaterally, with the dispossession of the means of production and the homestead of millions of peasants who were forced to gather in the emerging industrial townships with nothing to sell but their labour power. In today’s India, they are far too many than what a reserve army would need to provide the capitalist juggernaut with a smooth flow of labour across its different cycles. They are simply the village poor who migrate to the cities in search of livelihoods. Many of them come through informal networks but by and large they live from day to day. These are vulnerable, precarious lives; tucked in what Mike Davis aptly calls “planet of slums”.

To be wageless is to be invisible. If this is so for the political economy which right from the 19th century did not recognize the unemployed worker, so it is in everyday life today. For instance, the dhobi who irons my garments in a small, makeshift shack outside the housing complex comes twice every week to collect the consignment in the morning and then deliver in the evening. But his comings and goings, collecting my clothes and returning them in time, and the monetary transaction involved, are not actually meetings; they are part of a regularity that constitutes everyday routine. There is no texture to those exchanges beyond a few assigned words like, ‘wait’, ‘here it is’, ‘how much?’, ‘here you are’ and so forth. These are non-events, the mere ticking of the clock. Now that the man has returned to his village because of the lockdown, I notice his absence in the washed clothes as they pile up on the sofa, waiting to be ironed. The morning newspaper that gets delivered at a particular hour, followed (or preceded) by a packet or two of milk, the garbage man at nine, the maid who has travelled all the way from Sonarpur in the South 24 Parganas by auto-rickshaw and train and who will return well past midday — the rhythmic existence of city life that goes on unabated is a miracle of sorts when one thinks of how many lives from how many disparate corners and in what precarious states are hinged successfully to make it moving at all. These lives are, of course, not entitled to the city’s culture and taste, to its intellection and leisure; these are gross lives. What seems like a relatively stable social order is constantly being modified, added, subtracted, maintained and cleaned by the invisible labour force mostly made of migrants. As the economic sociologist, Swati Bhattacharjee, astutely points out, it is a disaster that makes these people visible. This is how sex workers came into the social conscience in the wake of the AIDS virus. Part of the reason why the State could show such apathy towards city migrants is that these people do not have any purchase for local politicians, for they are not entitled to vote in the city where they work.

Every change of place of the migrant reflects a corresponding change in his or her status. Take, for instance, the recent exodus from the cities to the villages at the announcement of the lockdown. In the city, they were viewed as an invisible apolitical mass. During the long walk down the highway, they were marked as criminals breaking laws. Back in the village, they became the unemployed lot. A migrant not only represents movement but s/he is also the constitutive dimension of social motion. They need to be kept under constant surveillance, while useful labour must also be squeezed out of them.

Since today migration is one of the main concerns of the states and international funding and policy organizations, the questions asked are typically statistical and political queries. As a result, the reality of the act of migration and what it means to the migrants, the act of moving from one point to another, is seldom told, not at least in social sciences. The State machinery and NGOs collect data on who left point A and reached point B. But the movement in the line, AB, can be infinitely divided, where each point is both a point of arrival and a point of departure. Together they make up the texture of ambulatory lives and throw light on the ‘minor history’ of migration.

The morning newspaper of May 9 carried on the front page a picture of the returning migrants like every other day. But the picture of that day was not merely one more instance of the spawning tragedy due to an unplanned lockdown. The accompanying story narrated how 16 fatigued migrants, asleep on the train track, were crushed by an oncoming goods train. The picture does not show the mutilated bodies, only their meagre belongings scattered on the tracks: a rubber slipper, a couple of t-shirts, a pair of jeans, and, most significantly, a few rotis that they were carrying as food for the long haul.

From that day of May, I could not escape feeling that the returning migrants — then, before and after — are actually ghostly mutineers stalking the country in quest of a home... But where is home?