Free for all: Irrational electoral promises 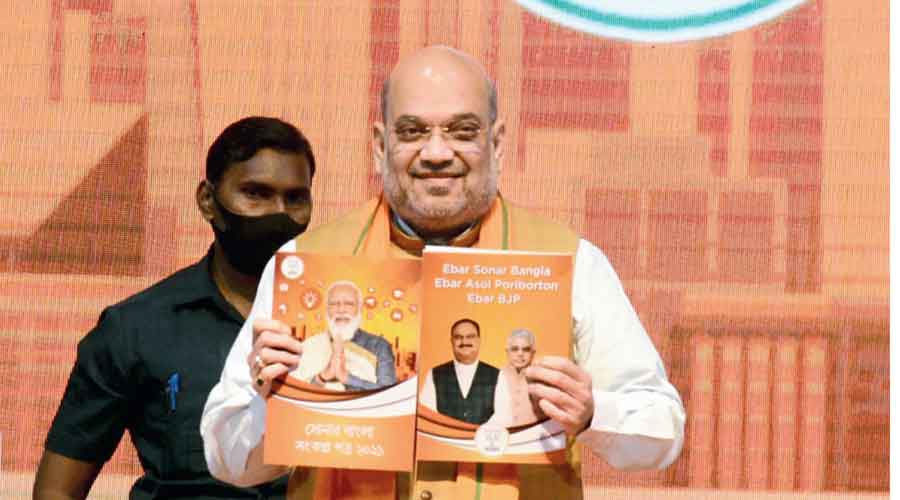 Sharp criticism of irrational electoral promises has come at last. In the context of changing an assembly constituency to a general one in Tamil Nadu, the Madras High Court has sent a series of probing questions to government departments and the Election Commission. The target of the high court’s ire is the promise of freebies in pre-election manifestos of political parties. The court has asked whether the Centre was coming up with a law governing manifestos, how many manifestos the EC has vetted since 2014, what action was being taken against political parties for not implementing promises and so on. Tamil Nadu holds its assembly elections today, and the escalating promises of competing political parties intended to lure voters form the immediate background of the questions. Freebies make people lazy; it makes them so unwilling to work that they run the danger of losing their properties to migrant workers. Most striking was the Madras High Court’s reported definition of the distribution of freebies as a corrupt practice: it destroys the purity of the poll process. Distributing mixer-grinders and televisions instead of paying attention to the improvement of infrastructure or employment opportunities is a corrupt way to garner votes. Corruption is contagious. Not only does the taxpayer stand by silently while government funds are drained by paying for freebies, but voters, too, sell their votes for the money political parties offer. They get the leaders they deserve.

The Madras High Court’s observations have a countrywide resonance. Most political parties are culpable in this matter; some more than others. A promise of Rs 15 lakh for every bank account before a general election may be recalled in this context, as well as the promise of free Covid-19 vaccinations for everyone before an assembly election. The last promise had a twist: all governments attempt to make vaccines free in a pandemic — it cannot be a freebie offered by one particular party in one state. If democracy is to be meaningful, the culture of freebies and vote-buying must be resisted on all fronts. The court’s questions will have to be answered; ironically, the answers will come from the very entities that encourage and expand this form of corruption. Only the people can free electoral practices of taint. Not an easy battle, but it can be done.