How to defeat Vladimir Putin and save the planet 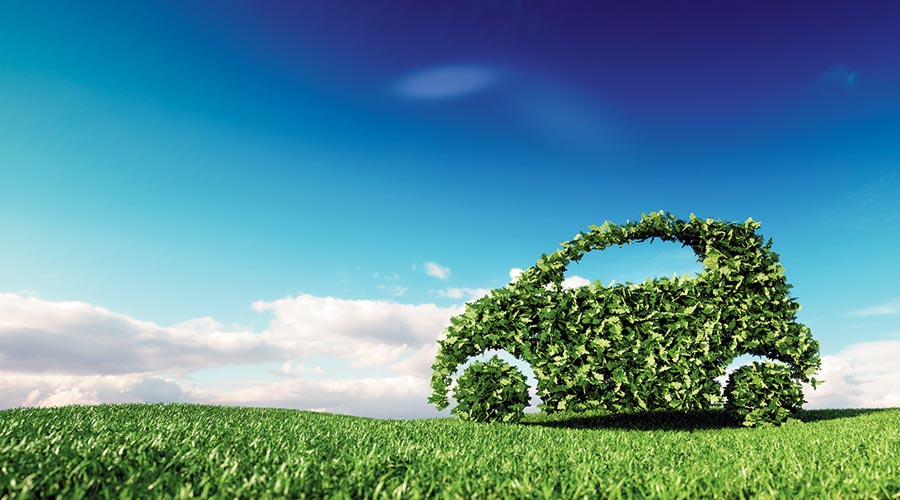 It is impossible to predict how the war in Ukraine will end. I fervently hope it’s with a free, secure and independent Ukraine. But here is what I know for sure: America must not waste this crisis. This is our umpteenth confrontation with a petro-dictator whose viciousness and recklessness are possible only because of the oil wealth he extracts from the ground. No matter how the war ends in Ukraine, it needs to end with the United States of America finally, formally, categorically and irreversibly ending its addiction to oil.

Nothing has distorted our foreign policy, our commitments to human rights, our national security and, most of all, our environment than our oil addiction. Let this be the last war in which we and our allies fund both sides. That’s what we do. Western nations fund NATO and aid Ukraine’s military with our tax dollars, and — since Russia’s energy exports finance 40 per cent of its State budget — we fund Vladimir Putin’s army with our purchases of Russian oil and gas.

Now, how stupid is that?

Our civilization simply cannot afford this anymore. Climate change has not taken a time out for the war in Ukraine. Have you checked the weather report for the North and South poles lately? Simultaneous extreme heat waves gripped parts of Antarctica this month (driving temperatures there to 70 degrees fahrenheit warmer than the average for this time of year) and areas of the Arctic (making them more than 50 degrees warmer than average).

Those are not typos. Those are crazy superextremes.

For all these reasons, I have been disappointed to see President Joe Biden and the secretary of state, Antony Blinken, doubling down on our oil addiction rather than tripling down on renewables and efficiency. Apparently spooked by bogus Republican claims that Biden’s energy policies are responsible for higher gasoline prices, his team has gone begging to some of the biggest petro-dictatorships in the world — Venezuela, Iran and Saudi Arabia, in particular — to get them to pump more oil and push down gasoline prices.

The truth is even if we let US oil companies explore for oil in every national park, the near-term effect on gasoline prices would not be all that significant. As CNN Business reported recently, in the past decade, the boom-to-bust US oil industry spent tonnes of cash to fund all-out production growth, helping to keep prices low, but “sustaining profits proved elusive. Hundreds of oil companies went bankrupt during multiple oil price crashes, leading investors to demand more restraint from energy CEOs”. So today, most US oil company executives and investors “don’t want to add so much supply that it causes another glut that crashes prices. And shareholders want companies to return excess profits in the form of dividends and buybacks, not reinvest them in increasing production”.

The country with the most cheap, spare and flexible capacity to influence global oil prices in the short run is Saudi Arabia. But Russia is also a big player. That’s why just two years ago, the former president, Donald Trump, was begging Saudi Arabia and Russia to dramatically cut their production because oil had fallen to around $15 a barrel on world markets — badly hurting US oil companies whose cost of extraction was $40 to $50 a barrel. The price collapsed because Saudi Arabia and Russia became embroiled in a price war over shrinking market shares in the pandemic.

Now Biden is begging the Saudis to dramatically increase their production to bring prices down. But the Saudis are mad at Biden for being mad at them for murdering the Saudi journalist, Jamal Khashoggi — and are reportedly not taking Biden’s calls.

But the common denominator between Biden and Trump is the word, ‘begging’. Is this the future we want? As long as we’re addicted to oil, we are always going to be begging someone, usually a bad guy, to move the price up or down, because we alone are not masters of our own fate.

This has got to stop. Yes, there needs to be a transition phase during which we will continue to use oil, gas and coal. We can’t go cold turkey. But let’s vow to double the pace of that transition — not double down on fossil fuels.

Nothing would threaten Putin more than that. After all, it was the collapse in global oil prices between 1988 and 1992, triggered by Saudi overproduction, that helped bankrupt the Soviet Union and hasten its collapse. We can create the same effects today by overproducing renewables and overemphasizing energy efficiency.

The best and fastest way to do that, argues Hal Harvey, the CEO of Energy Innovation, a clean energy consultancy, is by increasing clean power standards for electric utilities — that is, require every US power utility to reduce its carbon emissions by shifting to renewables at a rate of 7-10 per cent a year.

Utopian? Nope. The CEO of American Electric Power, once utterly coal-dependent, has now pledged to reach net-zero carbon emissions by 2050, using mostly natural gas as a backup. Thirty-one states have already set steadily rising clean energy standards for their public utilities. Let’s go for all 50 — now. At the same time, let’s enact a national law that gives every consumer the ability to join this fight. That would be a law eliminating the regulatory red tape around installing rooftop solar systems while giving every household in America a tax rebate to do so, the way Australia has done — a country that is now growing its renewable markets faster per capita than China, Europe, Japan and America. When cars, trucks, buildings, factories and homes are all electrified and your grid is running mostly on renewables — presto! — we become increasingly free of fossil fuels, and Putin becomes increasingly dollar-poor.

Americans get it. Electric cars are now flying out of the showrooms. The biggest wind-energy-producing state in the country is politically red Texas, which generates more electricity from wind than the next three states (Iowa, Oklahoma and Kansas) combined. But making this a true national mission would get us to a clean power economy so much faster.

In World War II, the US government asked citizens to plant victory gardens to grow their own fruits and vegetables — and save canned goods for the troops. Some 20 million Americans responded by planting gardens everywhere — from backyards to rooftops. Well, what victory gardens were to our war effort then, solar rooftops are to our generation’s struggle against petro-dictatorships.

If you want to lower gasoline prices today, the most sure-fire, climate-safe method would be to reduce the speed limit on highways to 60 mph and ask every company in America that can do so to let its employees work at home and not commute every day. Those two things would immediately cut demand for gasoline and bring down the price.

Is that too much to ask to win the war against petro-dictators like Putin — a victory in which the by-product is cleaner air, not burning tanks?