Advertisement
Home / Opinion / Listen to those on the margins

Listen to those on the margins

‘Jai Jawan, Jai Kisan’ remains a muted slogan amidst all the din over the new farm laws 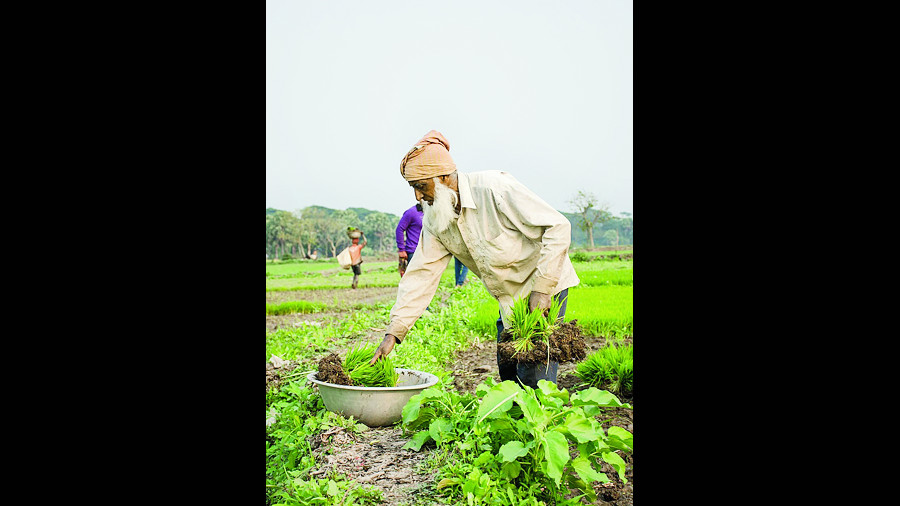 Indian farmers, with an average farm-size holding of about 1.08 hectares, are vying for a regular revenue stream and a decent standard of living. They, especially the small farmer, remain under the watchful eyes of local traders, informal money lenders and those with larger farm holdings. Sceptics — experts — and critics are already talking about the need for an alternative to the Green Revolution as evidence suggests that its benefits have bypassed small farmers.

Indian agriculture is definitely unfit for farm laws that seek to offer quick solutions. Farmers from Punjab, Haryana and western Uttar Pradesh are flocking to the borders of the National Capital Region, while the bulk of cultivators from other states are conspicuous by their absence. We are being given to understand that these three states are affected the most. However, there is more to it than meets the eye.

Data from the agriculture sector have not been encouraging. There has been a steady decline in the community often labelled as the ‘main cultivator’. Concurrently, there has been a rise in agricultural labour, particularly in states like UP, Bihar, Madhya Pradesh and West Bengal. What this means is that land-owning rights are depleting in the farming community. The average size of operational holdings, the Agriculture Census (2015-16) says, declined to 1.08 ha compared to 1.15 ha in 2010-11. Punjab and Haryana are relatively better placed but these states represent only 25 per cent of the total farming community of approximately 147 million. The plight of small farmers remains unrepresented; a case in point being the new farm laws. Problems of the past — access to credit, technology, quality agricultural inputs and, most of all, markets to sell produce — persist.

A study by these authors in Farrukhabad and Kannauj — UP’s potato belt — revealed that farmers produce the entire season’s potato during September and October. Half of the produce is shipped to markets via the local mandi while the remaining half is stored for supply during the rest of the season. This is stored in cold storages that belong to transporters or affluent families. The problem starts once this half is ready for shipping to the market during spring and summer. The prices are often disparate to the ones during winter and the cost of production offsets the selling price. The hapless farmers have no option but to sell off their produce to cold-storage owners who are more than happy to oblige them. They then sell the entire produce at more than double or triple the price at the Azadpur mandi in the NCR.

The farm laws fail to address the core and the tertiary problems faced by the small farmers pertaining to market access, infrastructure, access to technology, the vagaries of small farm holdings, the decline of the farming community and the corresponding rise in agriculture labour. Issues such as the unwillingness of future generations to take up farming, climate change and limited employment options beyond agriculture are causes of concern. ‘Jai Jawan, Jai Kisan’ remains a muted slogan amidst all the din over the new farm laws.