Most worryingly, an ideological or an effective legal deterrent against defection remains elusive 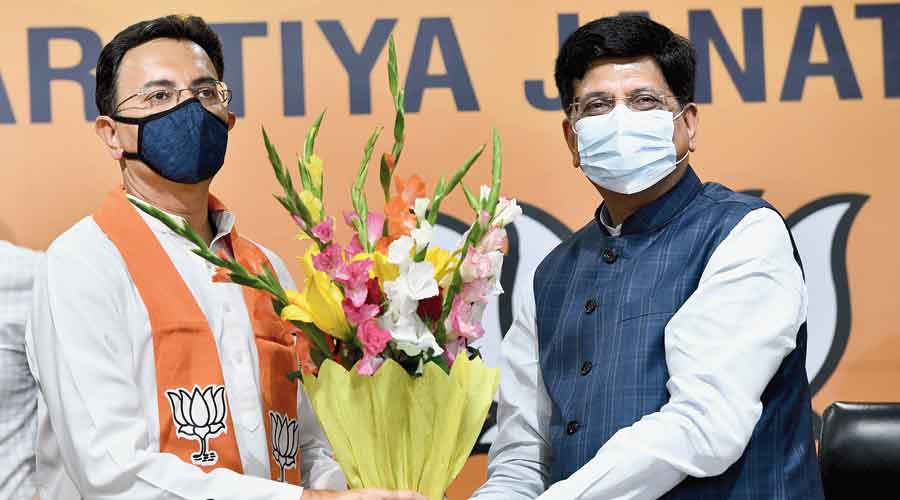 Data need not always be dubious in New India. Several studies, including those by the Association for Democratic Reforms, have indicated that defections continue unabated in the country and that the Bharatiya Janata Party, India’s ruling regime whose political ascendancy is indisputable, has been the biggest gainer in this respect. The Congress, the BJP’s principal opponent, has suffered the most, losing governments and leaders to its political adversary. After Jyotiraditya Scindia, it is now the turn of Jitin Prasada, yet another young gun, to bid adieu to India’s Grand Old Party. Interestingly, Mr Prasada’s departure reveals the different challenges confronting the Congress and the BJP. The Congress has been functioning like a rudderless ship for a while now, plagued by a disinterested leadership, petty rivalries, ideological confusion and inertia. An additional impediment is the top-heavy nature of the party: the Congress has too many leaders and too few workers. The ‘Group of 23’ — senior Congress functionaries who had, in an unprecedented step, demanded sweeping changes in the party — may have raised valid questions but it is equally true that most of them do not possess the political capital or the public charisma to win elections. A combination of unwarranted personal ambition as well as lust for power has prevented the Congress from taking advantage of the serious lapses committed by the Narendra Modi government. The result is there for all to see. The Congress is allowing itself to be bled dry and its fragmentation is, in turn, complementing the emergence of an electoral autocracy in the country. Mr Prasada’s exit may deepen the rot by sharpening the internecine struggles in the party.

This is not to suggest that the BJP finds itself in a reassuring spot in a country lashed by the pandemic. Mr Prasada’s entry into the BJP could well be a signal of the latter’s desperation to mobilize the Brahmins in poll-bound Uttar Pradesh. This is a constituency which, it is believed, is seriously cut up with the Yogi Adityanath government for being favourably disposed towards Thakurs. For the BJP then, Mr Prasada is merely a card to set the caste equations right in a crucial state. Of course, neither the BJP nor the Congress is likely to be worried about the broader concerns with defection. The malaise defies electoral mandates. Most worryingly, an ideological or an effective legal deterrent against defection remains elusive.