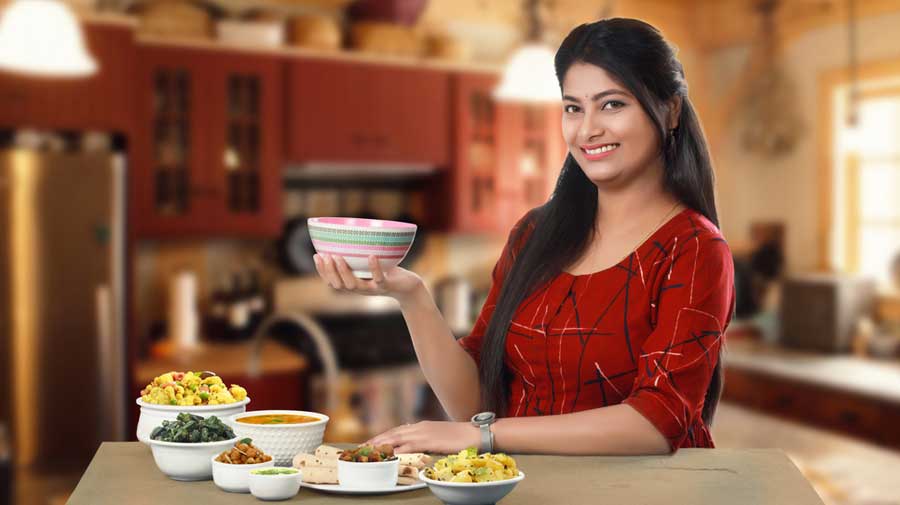 They are all efficient, smart, attractive, but most of them are selling domestic or beauty products. This is one of the findings of a study of 1,000 most viewed advertisements on television and YouTube in 2019, conducted by Unicef and the Geena Davis Institute.
Shutterstock
The Editorial Board   |   Published 25.04.21, 12:08 AM

Slim, lightish-skinned and caring — the woman in numerous Indian advertisements is everything a mother-in-law or a doting father could wish for. The mother-in-law is overcome with amazement when her little grandson’s filthy tee shines like new after his mother uses the even newer washing powder, while a meal the younger woman cooks with ready-made spices under her disapproving eyes has a similar effect — it turns out to be just like ‘mummy’s cooking’. The young, still unmarried working woman does make financial decisions — usually to insure her parents’ health or her father’s future after his retirement. And when she is married, and is being looked after by an endearingly bumbling young husband, it turns out that she is pregnant and must direct her spouse to make practical arrangements for home supplies.

They are all efficient, smart, attractive, but most of them are selling domestic or beauty products. This is one of the findings of a study of 1,000 most viewed advertisements on television and YouTube in 2019, conducted by Unicef and the Geena Davis Institute. The aim of the study was to identify and analyse destructive gender stereotypes. It seemed a positive feature that on screen, women as characters, as dominant presences and speakers matched or even surpassed men. But analysis showed that this was not a mark of empowerment; rather, it subtly — sometimes not so subtly — deepened the stereotypes encouraged by a biased society. In these advertisements, it is the quality of women’s representation that is different: they are most often beautiful, sometimes scantily dressed, for example, and therefore sexualized in comparison to men in advertisements. Lighter skin or a particular body shape, too, indicates society’s preferences. Women are seldom shown as decision-makers outside the home, just as men are seldom shown as efficient homemakers. It might be added, however, that men in advertisements, too, are stereotyped, objectified in a different way. Society views wealth and power as ‘sexy’ in a man — never mind his looks — which may partly account for the sharp difference in the representation of genders.

The purpose of the Unicef study, however, is of great import. Children’s exposure to visual media make advertisements — shown repeatedly — a source of unconsciously absorbed models and ideas. Even homemakers look glamorous on screen — although not like the bejewelled ladies who go to sleep in zari-bordered silk saris in TV serials — and young girls are sweet, brisk and dazzling. Body-shaming, depression, anorexia are some of the more extreme effects of such unrealistic projections on younger people, especially because of the ‘family’ or relationship narratives built into many of the advertisements. The rarity of empowering role models, too, indirectly circumscribes the woman’s field of activity, while emphasizing the importance of physical attractiveness. These are reflections of deeply-rooted prejudices in society. The Unicef report points out what should be put right, although changing the attitude of advertisers would also depend on changes in society’s perceptions.

New knives are out against women