Stepping back to take a look at the full picture 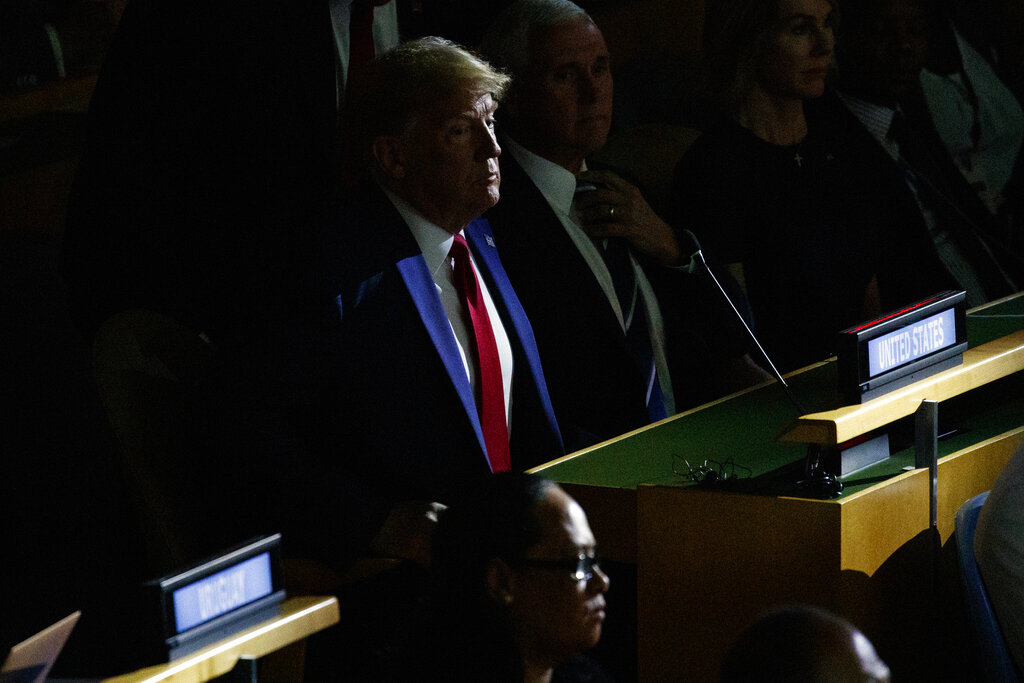 Sometimes it’s worth stepping back to look at the full picture.

President Donald Trump has pressured a foreign leader to interfere in the 2020 U.S. presidential election.

He urged a foreign country to intervene in the 2016 presidential election.

He publicly undermined U.S. intelligence agents while standing next to a hostile foreign autocrat.

He hired a national security adviser whom he knew had secretly worked as a foreign lobbyist.

He encourages foreign leaders to enrich him and his family by staying at his hotels.

He genuflects to murderous dictators.

He has alienated America’s closest allies.

He lied to the American people about his company’s business dealings in Russia.

He tells new lies virtually every week — about the economy, voter fraud, even the weather.

He spends hours on end watching television and days on end staying at resorts.

He often declines to read briefing books or perform other basic functions of a president’s job.

He has aides, as well as members of his own party in Congress, who mock him behind his back as unfit for office.

He has repeatedly denigrated a deceased U.S. senator who was a war hero.

He insulted a Gold Star family — the survivors of U.S. troops killed in action.

He described a former first lady, not long after she died, as “nasty.”

He described white supremacists as “some very fine people.”

He told four women of color, all citizens and members of Congress, to “go back and help fix the totally broken and crime-infested places from which they came.”

He made a joke about Pocahontas during a ceremony honoring Native American World War II veterans.

He launched his political career by falsely claiming that the first black president was not really American.

He launched his presidential campaign by describing Mexicans as “rapists.”

He has described women, variously, as “a dog,” “a pig” and “horseface,” as well as “bleeding badly from a face-lift” and having “blood coming out of her wherever.”

He has been accused of sexual assault or misconduct by multiple women.

He enthusiastically campaigned for a Senate candidate who was accused of molesting multiple teenage girls.

He waved around his arms, while giving a speech, to ridicule a physically disabled person.

He has encouraged his supporters to commit violence against his political opponents.

He has called for his opponents and critics to be investigated and jailed.

He uses a phrase popular with dictators — “the enemy of the people” — to describe journalists.

He attempts to undermine any independent source of information that he does not like, including judges, scientists, journalists, election officials, the FBI, the CIA, the Congressional Budget Office and the National Weather Service.

He has tried to harass the chairman of the Federal Reserve into lowering interest rates.

He said that a judge could not be objective because of his Mexican heritage.

He obstructed justice by trying to influence an investigation into his presidential campaign.

He violated federal law by directing his lawyer to pay $280,000 in hush money to cover up two apparent extramarital affairs.

He made his fortune partly through wide-scale financial fraud.

He has refused to release his tax returns.

He falsely accused his predecessor of wiretapping him.

He claimed that federal law-enforcement agents and prosecutors regularly fabricated evidence, thereby damaging the credibility of criminal investigations across the country.

He has ordered children to be physically separated from their parents.

He has suggested that America is no different from or better than Vladimir Putin’s Russia.

He has called America a “hellhole.”

Trump says impeachment drive by Democrats is a plus, yet tweets with fury